ECSSR PublicationsBritain and the Middle East: Into the 21st Century
﻿ 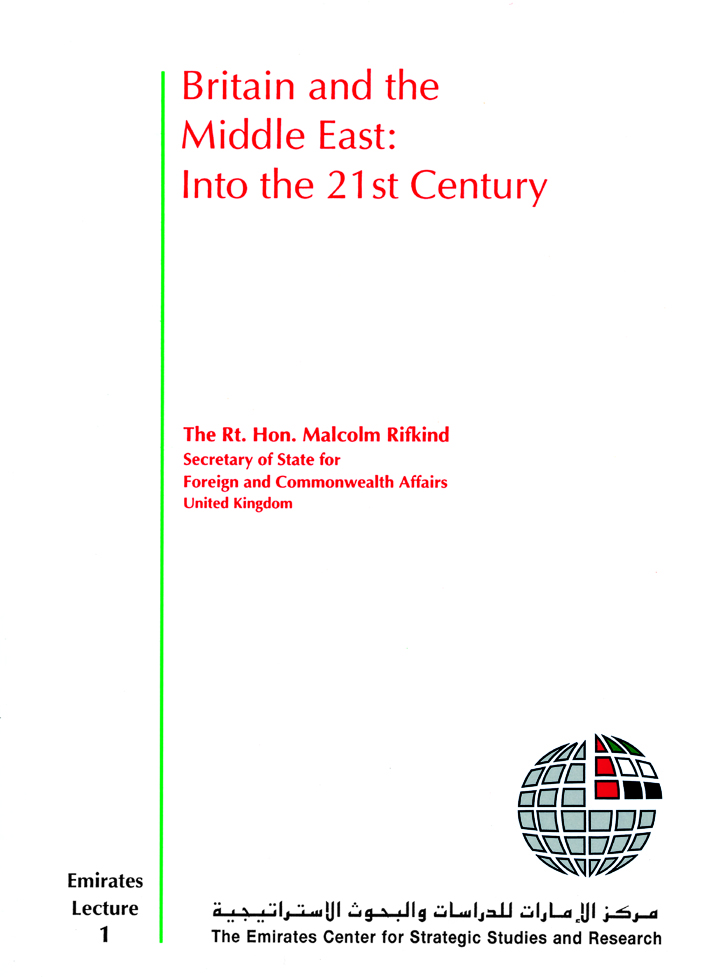 Britain and the Middle East: Into the 21st Century

In a major policy address, The Right Honorable Malcolm Rifkind, British Secretary of State for Foreign and Commonwealth Affairs, stated that his country's relations with the Middle East would continue to be centered around three major Issues: peace, prosperity and progress. Regarding peace, Secretary Rifkind sees Britain's objectives in the Middle East as defending its friends and allies, eliminating weapons of mass destruction, preserving the territorial integrity of all states including Iraq, and promoting the Arab-Israeli peace process. Britain also plays an integral role in promoting prosperity in the region and he reaffirmed that the country would continue to push for increased trade access and investment between the Middle East and the European Union. Finally, in terms of progress, Secretary Rifkind stated that increased educational exchange and extending methods of consultation and participation would undoubtedly lead to a more prosperous future.
.
AED
USD