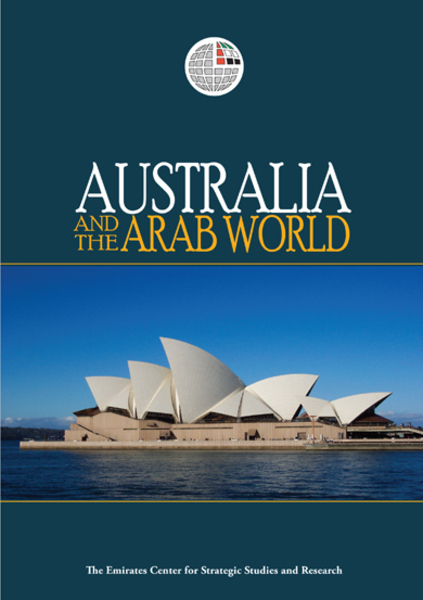 Australia and the Arab World

The physical remoteness of the Australian continent is no longer a barrier to the development of important strategic and trade links with friendly states in the Middle East. Australia’s increasingly prominent role in world peacekeeping and humanitarian operations, many of which have involved the Middle East, has also added a new dynamism to the development of areas of cooperation that reflect the changing relationship between Canberra and Arab governments as issues of energy supply, national security and growing opportunities for trade and tourism gain momentum.

In order to provide an in-depth overview of the history of this relationship, as well as an exploration of current political developments and the economic opportunities to be gained from Australia–Middle East relations, the Emirates Center for Strategic Studies and Research (ECSSR) held a Symposium under the title “Australia and the Arab World,” on December 17–18, 2008 in Abu Dhabi, hosting a group of distinguished experts from various academic, political and business backgrounds. This book comprises a valuable collection of the papers presented at the Symposium. It identifies how relations between Australia and the Arab world have developed; where mutual interests meet and diverge; the growing industry in cultural exchange through education and tourism; the integration of Muslims into Australian society and their contribution to its multiculturalism; the new security apparatus developing both strategically and militarily between Australia, New Zealand and various Arab states; and Australia’s historical involvement and approach to the contentious issue of the Palestinian-Israeli conflict.