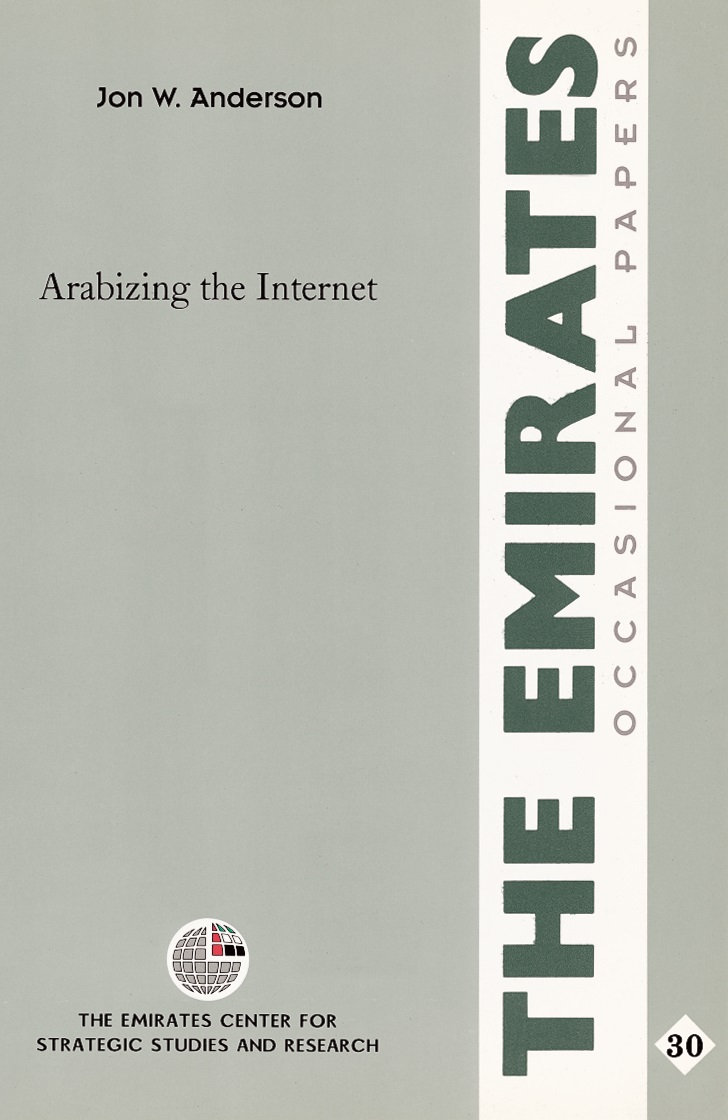 The Internet is a complex of technologies and applications, not all of which are interrelated or develop at the same stage. Widely viewed as the first wave of an Age of Information, it is constantly being reshaped by new users. Advocates of the Internet see a structure of decentralized communication as the model of a new, universal culture and social organization of information that will sweep cultural differences. Such reflections on the cultural future of the Internet are as much a part of the phenomenon as its technological and organizational features. The Internet is not one thing but several: a physical infrastructure, the software and protocols that make it work, the tasks and values that the software and protocols implement, a social organization of regulation and communities of use, and a cultural context that includes reflection upon communication, information and knowledge. As the Internet spreads, alternative local and regional models emerge.

Overseas Arabs brought Arab culture and politics to the Internet while it was developing in academic and research settings. But it is commerce and telecommunications developments that now bring the Internet to Arab countries. The Arabization of the Internet draws on the competing priorities and visions of relations between local orders and global processes.