ECSSR PublicationsArabic Language and Culture Amid the Demands of Globalization
﻿ 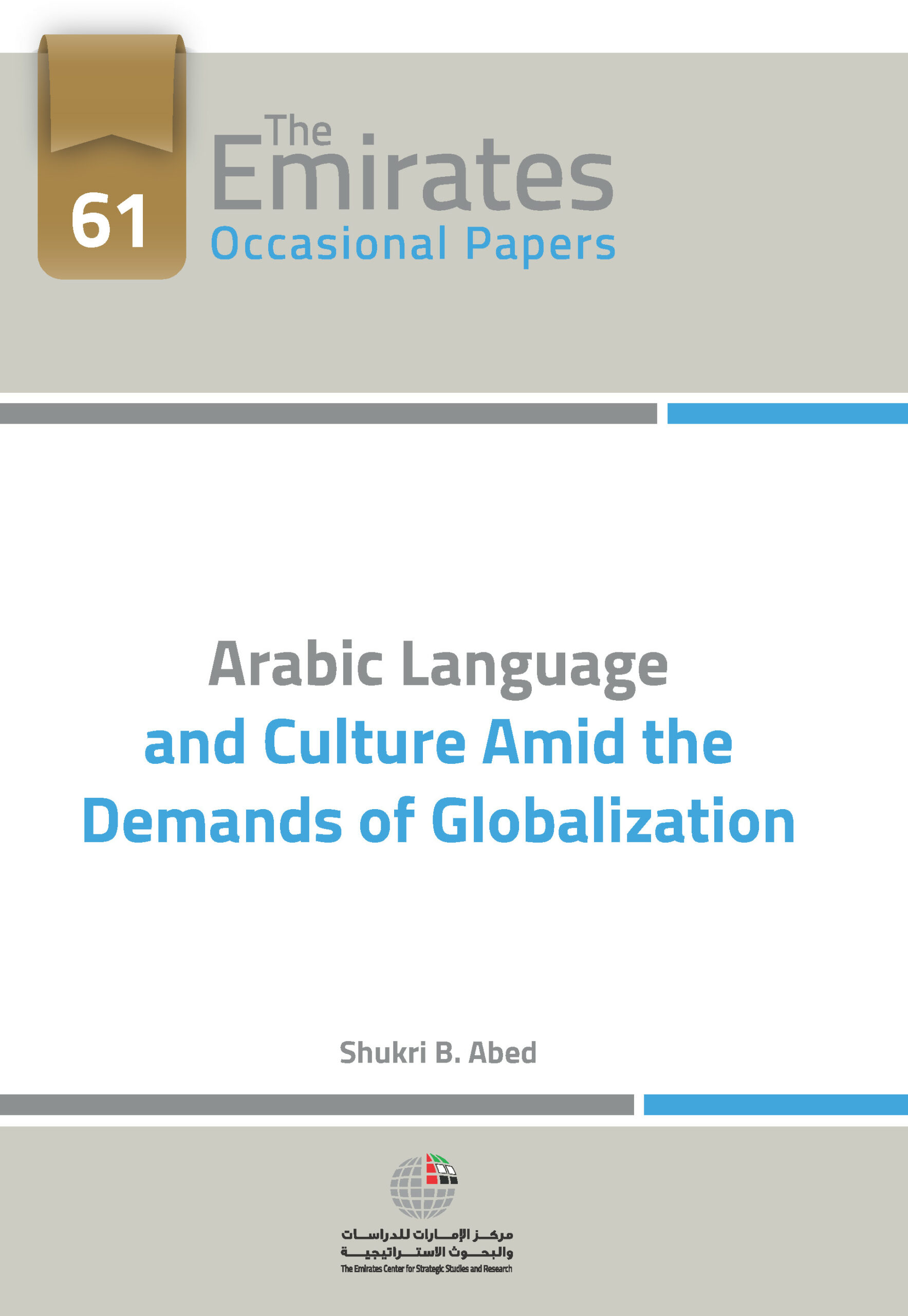 Arabic Language and Culture Amid the Demands of Globalization

As with any other tongue, the Arabic language influences the way Arabic speakers see, judge and relate to the world. It affects the very nature of their perceptions and judgments, and hence constitutes an integral part of a person’s character and identity as an individual and, more importantly, as a member of a group and a society. Languages reflect, indeed measure, the strengths and weaknesses of civilizations as they embody the progress, the innovations and the coherence of these civilizations.

The Islamic world’s encounters with other civilizations, particularly the Greek civilization, presented major challenges to the intellectual evolution of Islam at the very early stages of its development as a culture. In the current era of globalization, as in the past, the Arabic language and culture have been deluged by a tremendous influx of new terminology and concepts. As cross-cultural encounters have increased globally due to astonishing developments in information technology and the fast pace with which information and knowledge are transferred to the rest of the world, the need for linguistic adjustments in Arabic is still on the rise in order to convey scientific discoveries, as well as economic and social ideas promulgated by non-Arab nations. The Arabic term for ‘globalization’ (al-cawlama) was coined about two decades ago specifically to describe the impact of the new wave of socio-political and economic ideas, as well as revolutionary developments in the field of telecommunications and electronics.

The crushing defeat of the Arab armies by Israel in 1967 and the occupation of Arab lands as a result of this war; the defeat of the Iraqi army by the coalition forces in 1991; US reactions to the 9/11 attacks; the US-led war on Afghanistan; the more recent occupation of Iraq; and perhaps above all the continued occupation of Palestinian lands by Israel, have contributed to fears and concerns among Arabs. Indeed, faced with unprecedented political, economic, military and cultural reverses, the Arab and Islamic worlds find themselves forced into ever deeper levels of introspection about their society and culture.

It is hardly surprising that the Arab world seeks to reject globalization based on geopolitical and cultural domination and continues to insist upon an alternative approach based on mutual respect, two-way exchange (tathāquf, rather than cawlama) and the right to selectively adopt innovation. The West would do well to recognize that their best chance of gaining support for globalization from the Arabs (and likely from the rest of the Third World) lies in seeking true partners in the endeavor, respecting the uniqueness of their partners’ cultures and societies, and ensuring that a mutual exchange with Western culture and society is perceived as something worth embarking upon, rather than as something to fear.