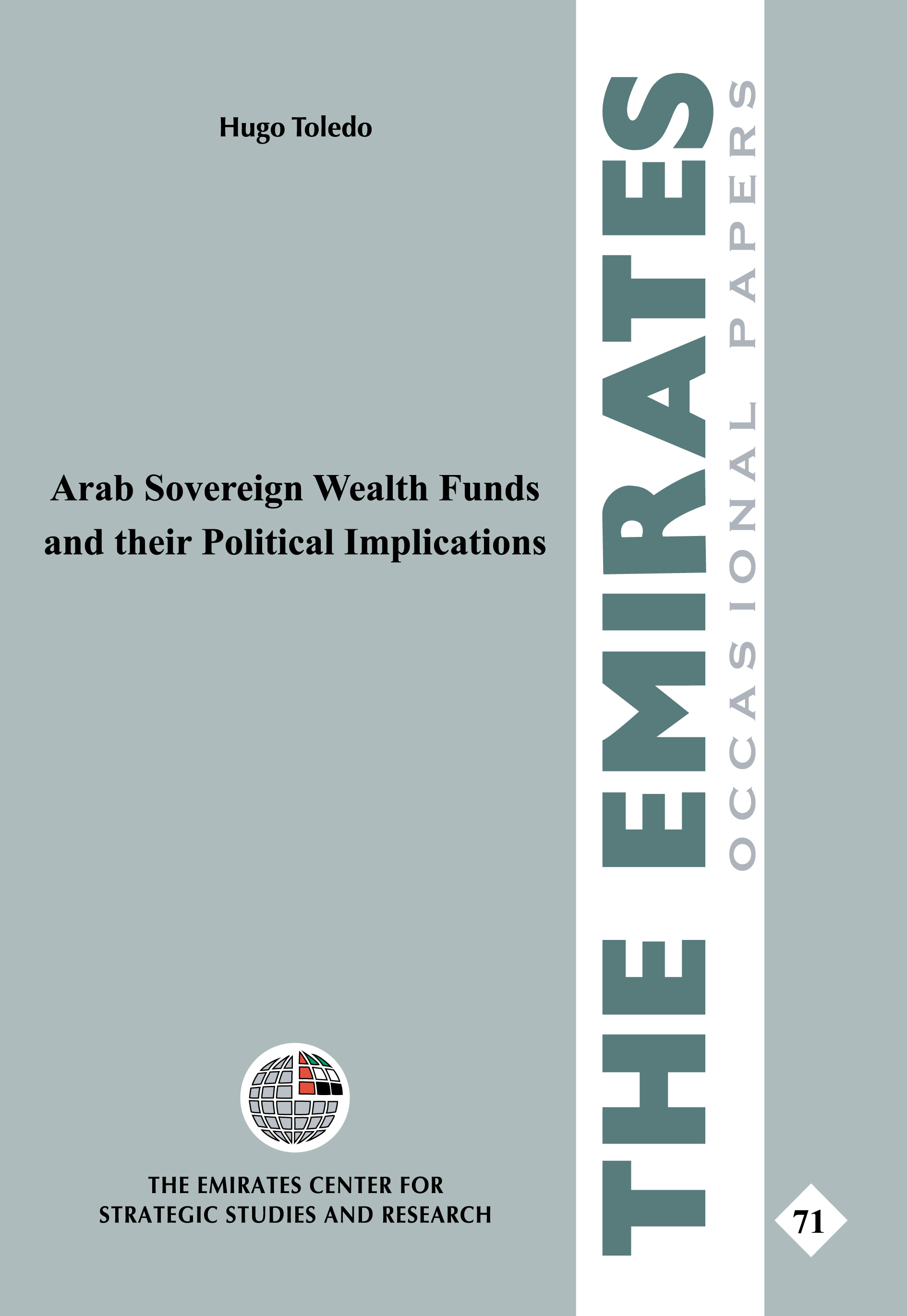 The purpose of this paper is to provide a qualitative analysis of the ongoing debate about Arab sovereign wealth funds (SWFs) in international financial markets. The analysis concentrates on three aspects: the mixing of politics and financial returns; the potential of SWFs to serve a world stabilization funds; and the future of energy policy in GCC countries given the expected growth of Arab SWFs. The secrecy and the lack of transparency in the management of some SWFs, especially those of GCC countries, have raised eyebrows of prominent politicians from Europe to North America. Fear of the real intentions of these funds when they make investment decisions is at the core of the debate. In response to such concerns, the IMF is proposing the development of a code of conduct for SWFs—an idea that has not been well received, especially by some of the Arab SWFs.

While what we have heard in the last few years generally touches on the negative side of SWFs, the current financial crisis has opened doors and provided an opportunity for us to look at another dimension of SWFs. If effectively and efficiently used, SWFs can bring significant benefits by helping stabilize international financial markets. Given their projected growth and importance, especially for GCC countries, stable international financial markets may become a strategic interest for these small economies, which until recently played no relevant role in world financial markets. Finally, the future of energy policy in GCC countries is not to be overlooked. Based on growth estimates, some GCC SWFs will generate higher revenue than oil export sales within less than a decade. Given the significant amounts of money SWFs have invested in Western countries, where economic growth vis-à-vis SWFs growth is in part a function of oil prices, GCC countries may have to eventually re-evaluate the role of oil in their own economies, and designed future steps to ensure the healthy growth of their SWFs.

This paper provides a qualitative discussion aimed at offering some reflections that could be used by politicians, regulators, academics, and especially policy makers in order to expand research in this area and be able to derive solid policy recommendations. In addition, it is the wish of the author to help the general public and the non-technical linemen understand the role of SWFs in the political and financial arenas.