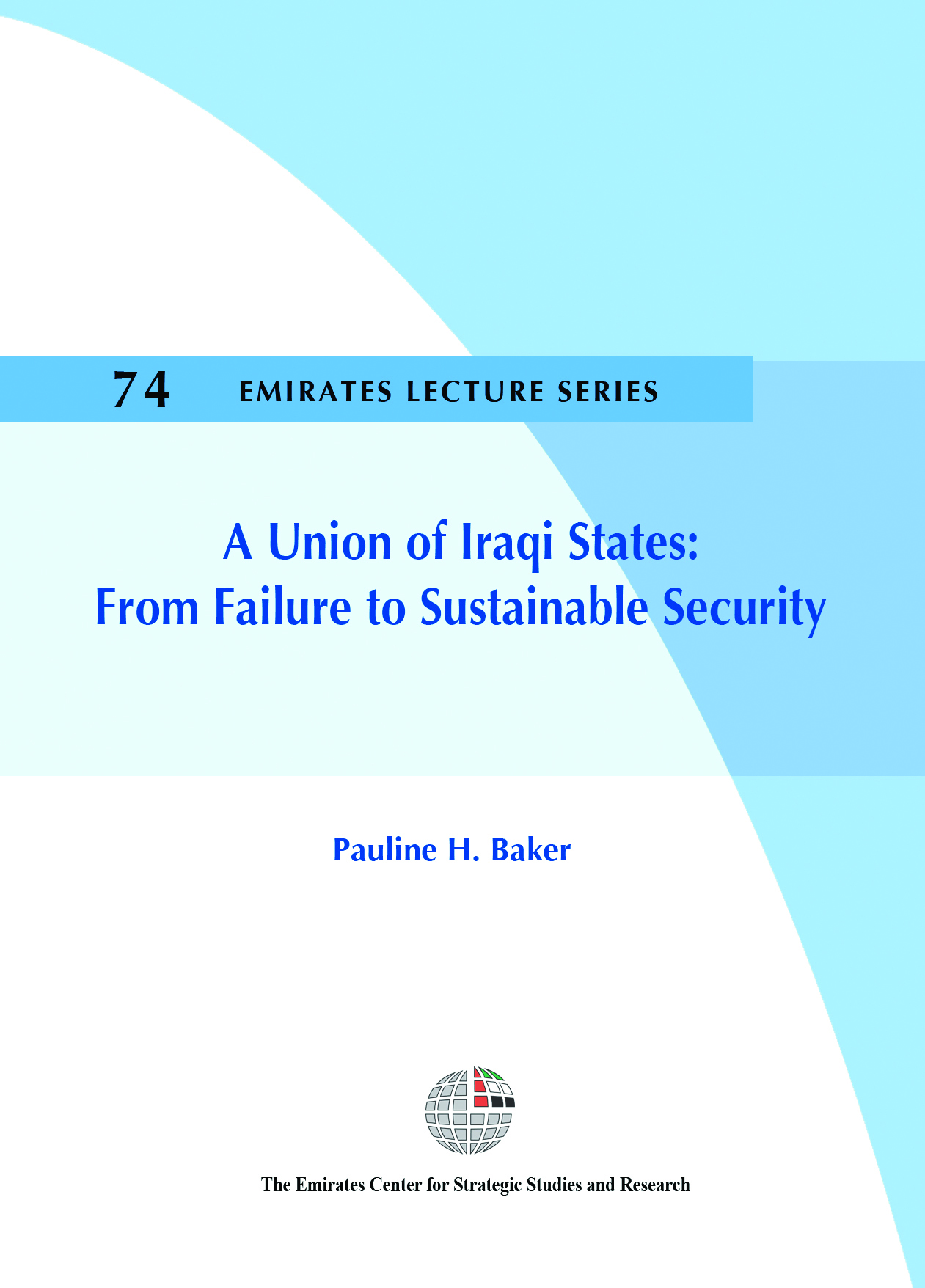 A Union of Iraqi States: From Failure to Sustainable Security

Of all the analysts who have looked at Iraq since 2003, few have conducted assessments from the perspective of a failed state, not only to examine the mistakes of the past, but to explore feasible options in the future. While the term “failed state” is controversial, it is an accepted part of the international vernacular that is widely used by scholars and practitioners alike, and therefore will be used in this analysis. Most observers would agree that, while there have been temporary gains in some areas – notably in the United States’ military “surge” tactic – Iraq remains, overall, a state in turmoil that has not been able to attain sustainable security. Indeed, there remains a high level of danger. Iraq could collapse violently – with various parts opting out of the state and going to war with each other – and become the battleground for a proxy war between Saudi Arabia and Iran that could entangle the entire Middle East.

This paper looks at Iraq from the failed state’s perspective with a view toward avoiding this worst-case scenario. It examines trends over the last five years and concludes by proposing a vision for the country’s future based on a framework that would allow the varying sects to live together in peace without genocidal revenge, sectarian domination, foreign occupation or a regional proxy war— all of which are possible if current trends continue. Instead of a centralized state, or a federal arrangement which is little more than a sum of its competing parts, the factions that make up Iraq could enter into a new political arrangement called a Union of Iraqi States, in which each major component would have political independence but be tied to a union of economic interdependence and co-prosperity. Imaginative thinking of this kind must be accepted by internal groups and come into being through engaging the region. Difficult and bold as it sounds, this could be a way forward.