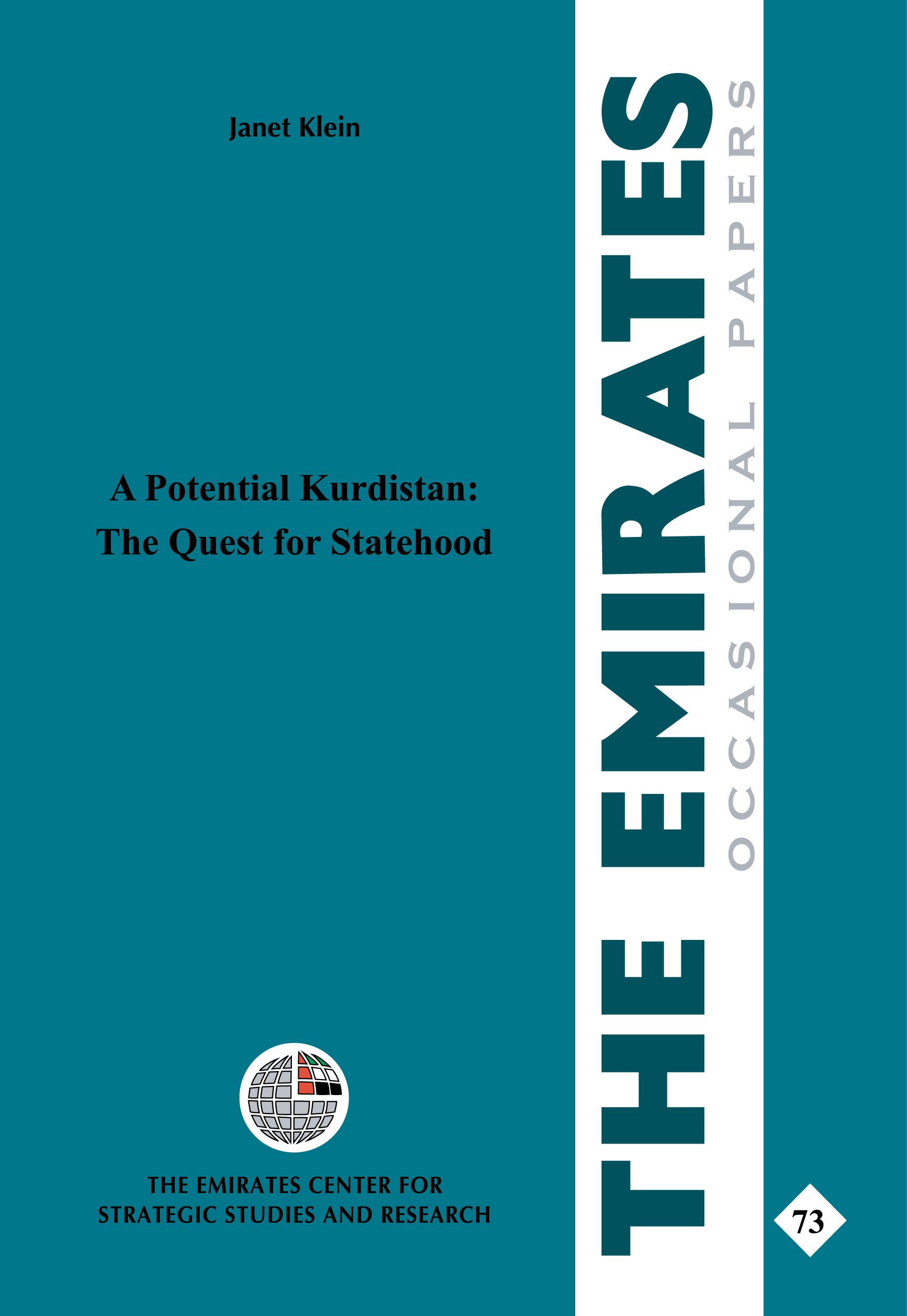 A Potential Kurdistan: The Quest for Statehood

The name “Kurdistan” has a long and curious history but it did not become politicized or contentious until the 20th century, particularly after the breakup of the Ottoman Empire and the emergence of new states that incorporated Kurdistan – understood as the “land of the Kurds” – in their new borders. Today the term has received renewed attention as it no longer just signifies an innocuous geographical term or a nationalist dream; it is the name of the political entity in northern Iraq that has many features of statehood but is not, in fact, a state. The Kurdistan Region of Iraq (KRI) is a curious entity indeed; it looks like a state, it acts like a state, but it is not certified as a state through international recognition. The KRI’s current “state capacity” has been the result of a determined state-building project that began nearly two decades ago, and yet it remains somewhere between state and statelessness. Is it in the process of forging an alternative kind of polity? This question has consumed not only the governments of Iraq, Turkey, Iran and Syria – the four main states who house most of the 30 million Kurds who refer to themselves as “a nation without a state” – but also the wider world. The obvious questions that loom large in the minds of many are: what do the Kurds want? What are they really building in northern Iraq? What would an independent Kurdistan look like? Is independence what Kurds seek? If Iraqi Kurdistan seceded from Iraq, what would this mean for Kurds outside of its borders? What would happen to the rest of Iraq? These are certainly pressing questions and there have been many insightful responses in recent years.

However, more interesting is how the Kurdistan Regional Government (KRG) is working to sell its very unique state-building project to the rest of the world in its bid to gain international recognition of and support for its venture. This paper analyses the KRG’s marketing campaign, waged not only through the usual diplomatic (or para-diplomatic) channels, but also via the Internet and through its novel development of what can only be described as “nationalist infomercials.” This performative aspect of state-building (literally acting out the state in an attempt to sell sovereignty) may represent both old and new chapters in the history of nationalist movements, but ones that have not yet been adequately theorized. This paper examines the question of a potential Kurdistan through a new lens of analysis that explores not simply the cold, hard struggle for sovereignty, but the softer “para-diplomatic” performances acting as the creative energies that market these struggles to the international community.