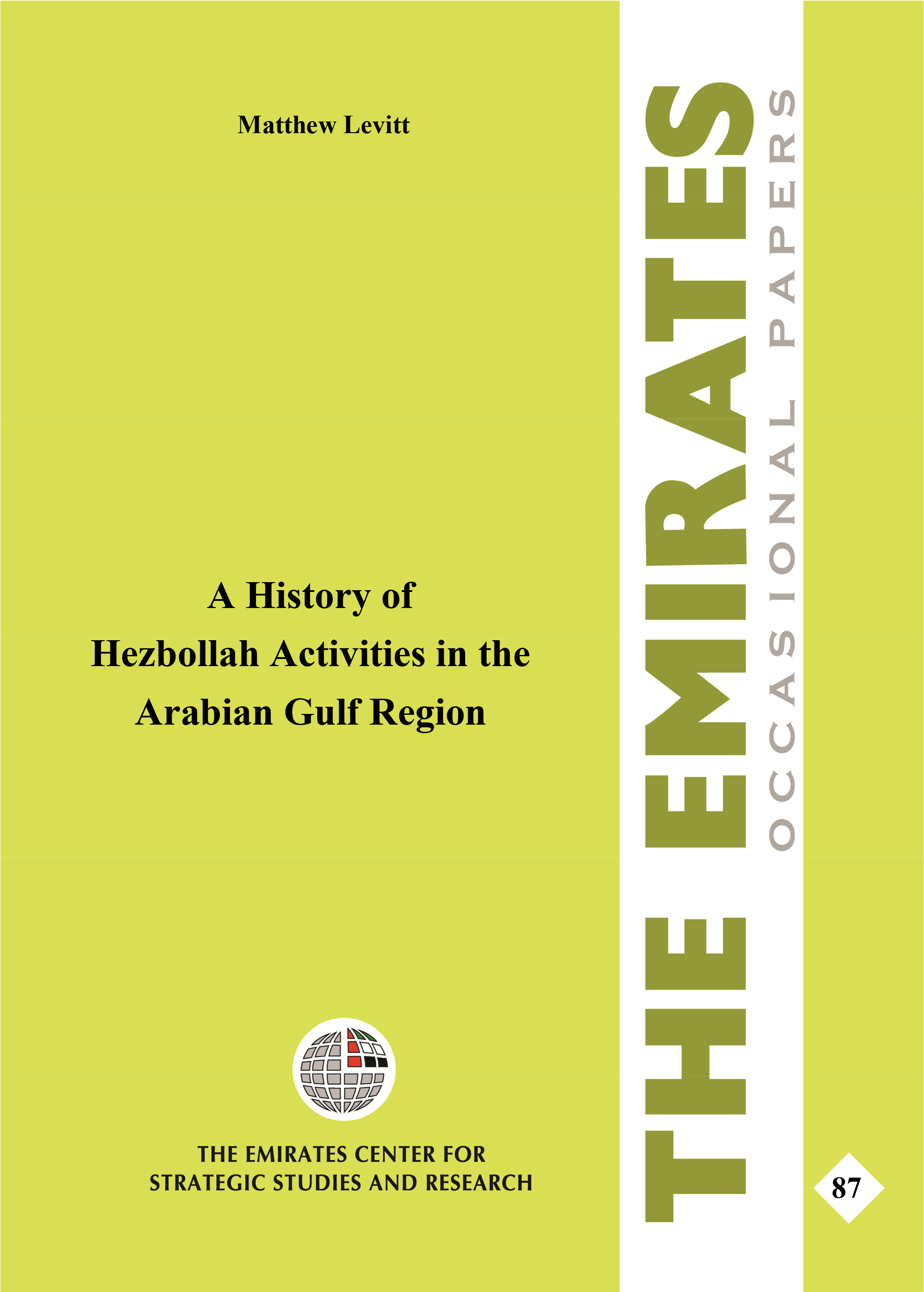 A History of Hezbollah Activities in the Arabian Gulf Region

This study provides the reader with an insight into the extent to which Hezbollah has circumvented regional and international efforts geared towards combating the organization’s clandestine activities. Ever since Hezbollah’s formation in the early-1980s and right up until the present day, the organization’s activities have yielded significant strategic gains across the Arabian Gulf region. Research findings presented within this paper demonstrate how Hezbollah clearly demands respect among military strategists, policy and decision makers alike, repeatedly revealing itself as an exemplary Iranian proxy capable of carrying out Iran’s bidding whilst avoiding obvious traces of Iranian interference.

As highlighted throughout this research paper, Hezbollah has learnt valuable strategic lessons from a number of confrontations it has entered into with its adversaries. For example, the group is seemingly aware of the strategic benefits available to it should it decide to prey upon Western nation-states’ reluctance to incur substantial losses to their respective armed forces. Other examples include the understanding that the kidnapping of political and military opponents has potential to secure the successful exchange of detainees.

Following on from the initial US-led invasion of Iraq in 2003, Hezbollah’s stock has clearly continued to soar during the course of the Iraq War. Hezbollah’s battle-hardened approach to countering better equipped and better manned armed forces is widely understood. Less talked about perhaps, but clearly equally important as argued in this study, are other skills which Iran has come to rely on, such as the group’s linguistic skills and consequent ability to transfer its military expertise to other insurgent groups keen to mimic Hezbollah’s internal proficiency. Hezbollah’s direct involvement in the ongoing Syrian civil war partly explains how the regime of Bashar Al-Assad has stemmed the tide of resistance and begun to gain the upper hand. In summary, as events in Syria illustrate, Hezbollah continues to exert a considerable influence over regional developments, and consequently the regional balance of power.