On the Occasion of the ECSSR’s 700th Lecture Celebration, His Excellency Prof. Jamal Sanad Al-Suwaidi Signs His Latest Book Women and Development 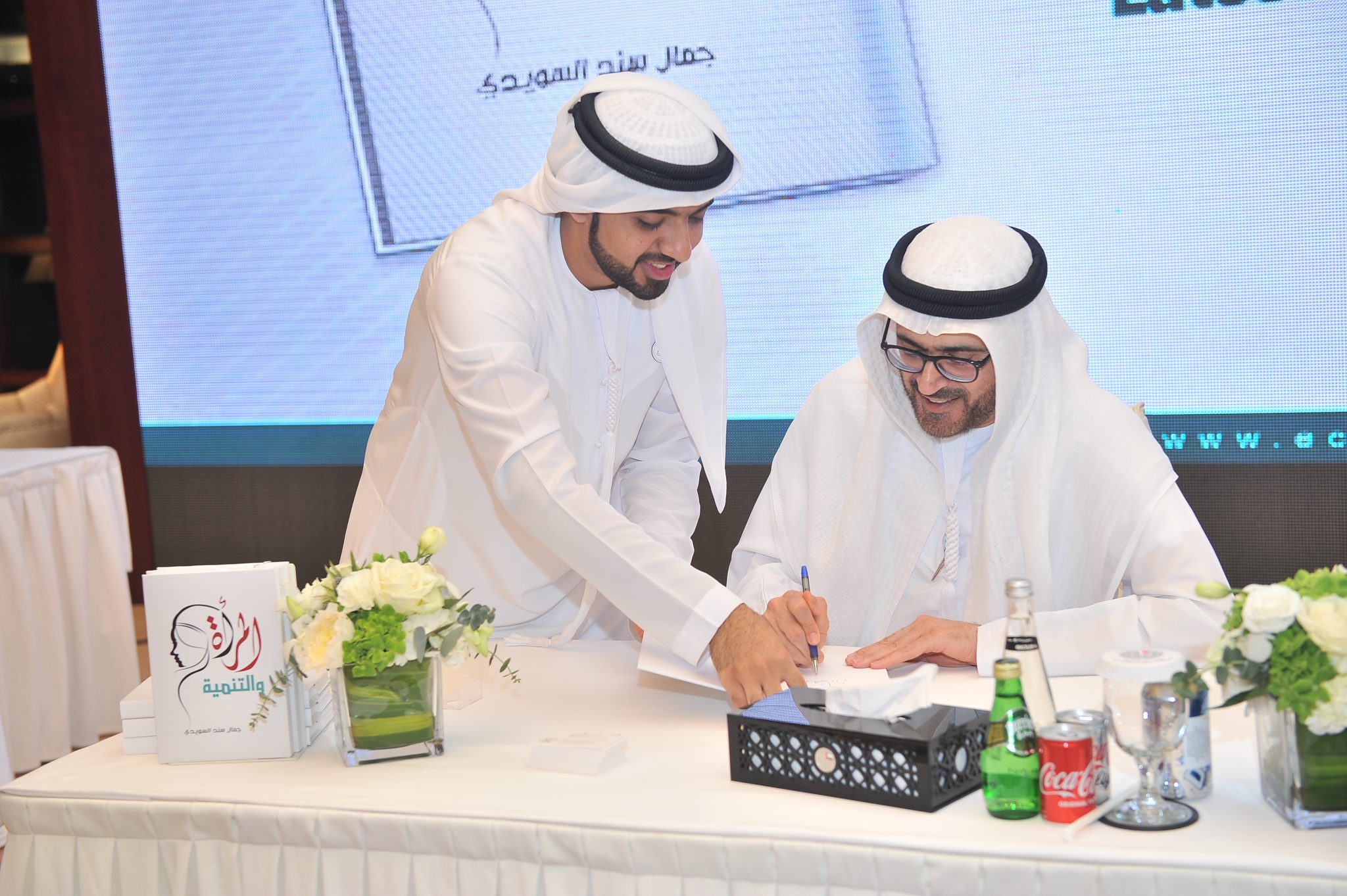 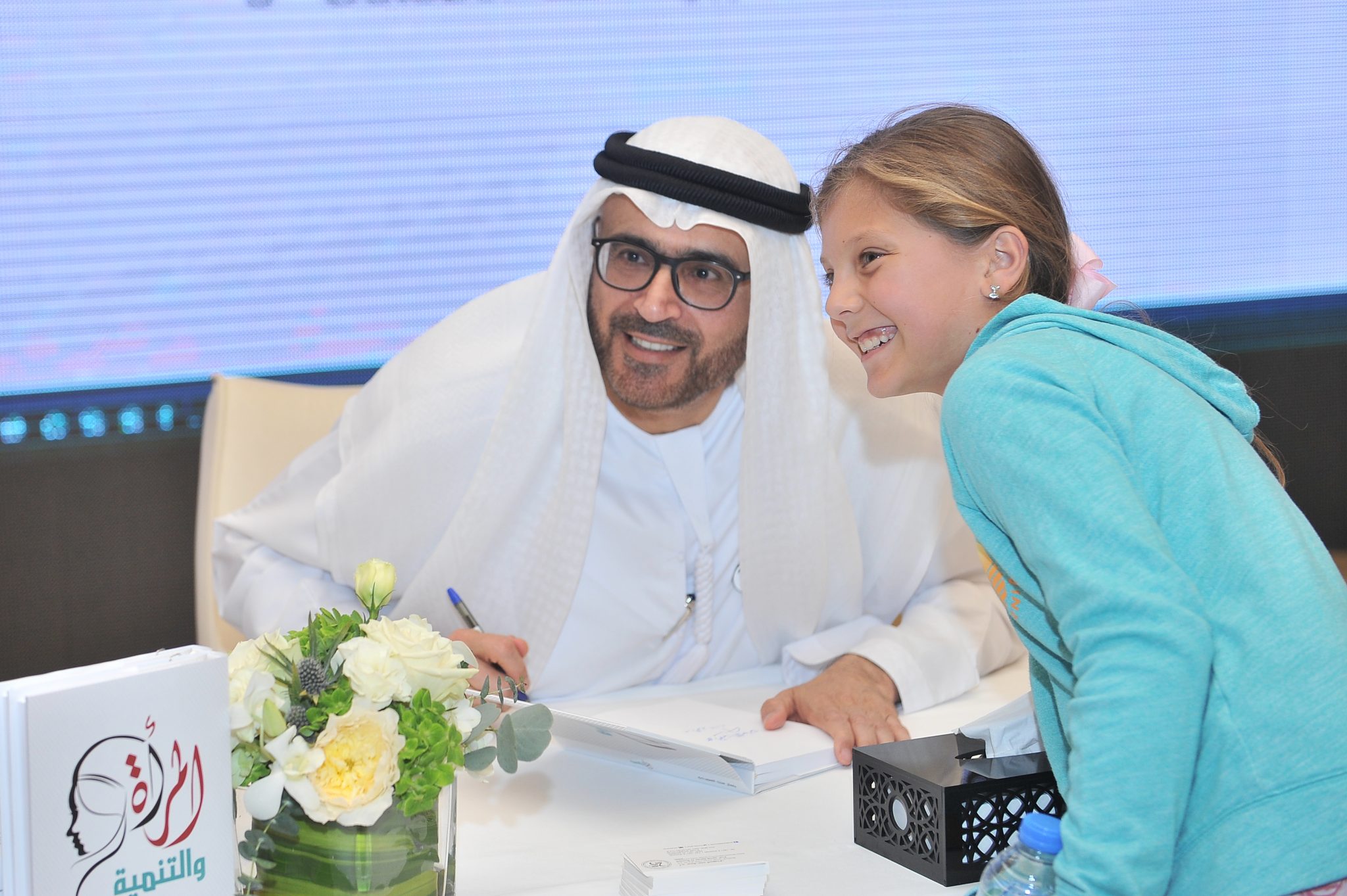 His Excellency Prof. Jamal Sanad Al-Suwaidi, Director General of the Emirates Center for Strategic Studies and Research (ECSSR), signed copies of his latest book Women and Development, which has attracted great interest from officials, researchers and specialists, who have praised the valuable ideas it contains, which focus on the issues faced by women. The book signing event followed the lecture organized by the ECSSR, titled ‘A Reading of Women and Development’.

Since its establishment in 1994, the Emirates Center for Strategic Studies and Research (ECSSR) has organized 700 lectures. This is considered a major achievement for the Center, which undertakes many other activities that include decision-making support, scientific research and community service.

The Center’s very first lecture, held on December 3, 1994, was delivered by Mikhail Gorbachev, the former President of the Soviet Union. Its 700th lecture was held on October 9, 2019, and coincided with the book signing for His Excellency Prof. Jamal Sanad Al-Suwaidi’s latest book, Women and Development. The work has attracted great interest from officials, researchers and specialists, who have praised its valuable ideas that focus on issues facing women. The book signing was held after the lecture, which was titled ‘A Reading of Women and Development’.

On the occasion, H.E. Prof. Jamal Sanad Al-Suwaidi, Director General of the ECSSR, said: “The ECSSR would not have been able to realize such achievements without the unlimited support it has received from our wise leadership, which believes in the critical importance of work, knowledge, thought and culture, and its role in educating communities and helping them to develop and urbanize. The ECSSR has become a beacon of thought in the United Arab Emirates and one of the most important manifestations of the soft power of our dear country.” His Excellency added that the Center’s lectures offer an engaging and compelling experience, constantly keeping abreast of developments in the local and international arenas. The ECSSR’s lectures are open to the public, ensuring all are welcome to participate.

The success of the Center’s lectures is demonstrated by the prestigious speakers that have taken part, including many world leaders such as the late British Prime Minister Margaret Thatcher, former US President George W. Bush, German Chancellor Angela Merkel, former French President Nicolas Sarkozy and former Georgian President Giorgi Margvelashvili. This is in addition to the experts and intellectuals from all over the world who have delivered lectures at the Center.

The ECSSR organizes these lectures as part of its scientific and intellectual activities, which examine political, economic, social, cultural and media issues, whether pertinent to the UAE, the Gulf and the Middle East, or to international affairs. The Center is keen to fulfil its role of serving society, while contributing to creating a clear vision of these issues, and establishing appropriate strategies to tackle them.