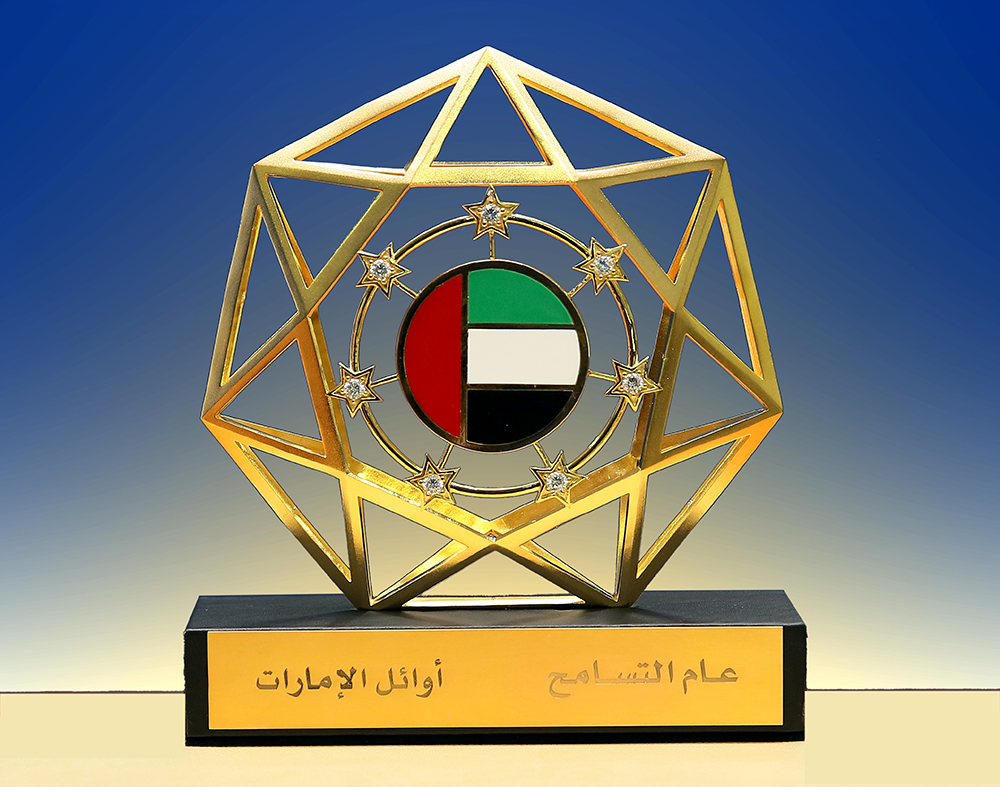 His Highness Sheikh Mohammed bin Rashid Al Maktoum, Vice President and Prime Minister of the UAE and Ruler of Dubai (may God protect him) has honored the Tolerance and Coexistence Program team, headed by H.E. Prof. Jamal Sanad Al-Suwaidi, Director General of the Emirates Center for Strategic Studies and Research (ECSSR). The recognition commends the Center’s role in training its Program’s participants to cultivate a culture of tolerance in society. A ceremony was held as part of the Annual Meetings of the UAE Government 2019, on Tuesday, November 26, 2019, to honor the winners of the sixth edition of the UAE Pioneers Award. H.E. Prof. Jamal Sanad Al-Suwaidi received the accolade during the ceremony, which was attended by national UAE personalities and government officials.

This year’s UAE Pioneers Award ceremony honored personalities, as well as pioneering initiatives that promote tolerance in the UAE. It celebrated their achievements in highlighting the values of tolerance within UAE society, as well as promoting its openness to the world and to other cultures. These efforts embody the goals of the Year of Tolerance 2019, announced by His Highness Sheikh Khalifa bin Zayed Al Nahyan, President of the UAE (may God protect him).

H.E. Prof. Jamal Sanad Al-Suwaidi, Director General of the ECSSR, expressed his deep thanks and appreciation for the wise leadership, voicing his heartfelt happiness and joy. He said the accolade is a great honor for himself and all ECSSR employees. His Excellency also described it as a source of pride that serves as motivation to work harder and exert greater efforts to serve our beloved nation. His Excellency added that the wise leadership’s recognition of national personalities, entities and institutions underlines the great importance the leadership places on promoting these values at all levels, locally and abroad.

H.E. Prof. Jamal Sanad Al-Suwaidi promises our wise leadership that the Center will always support its initiatives and will help implement them on the ground to accomplish their goals and visions. He also emphasized that the Center is always keen to play a role in supporting the decision-makers and serving the community.