ECSSR ECSSR NewsLecture No. (696) of the Emirates Center for Strategic Studies and Research (ECSSR) Prof. Ali Gomaa Confirms that Tolerance is a Core Value in the United Arab Emirates

Lecture No. (696) of the Emirates Center for Strategic Studies and Research (ECSSR) Prof. Ali Gomaa Confirms that Tolerance is a Core Value in the United Arab Emirates 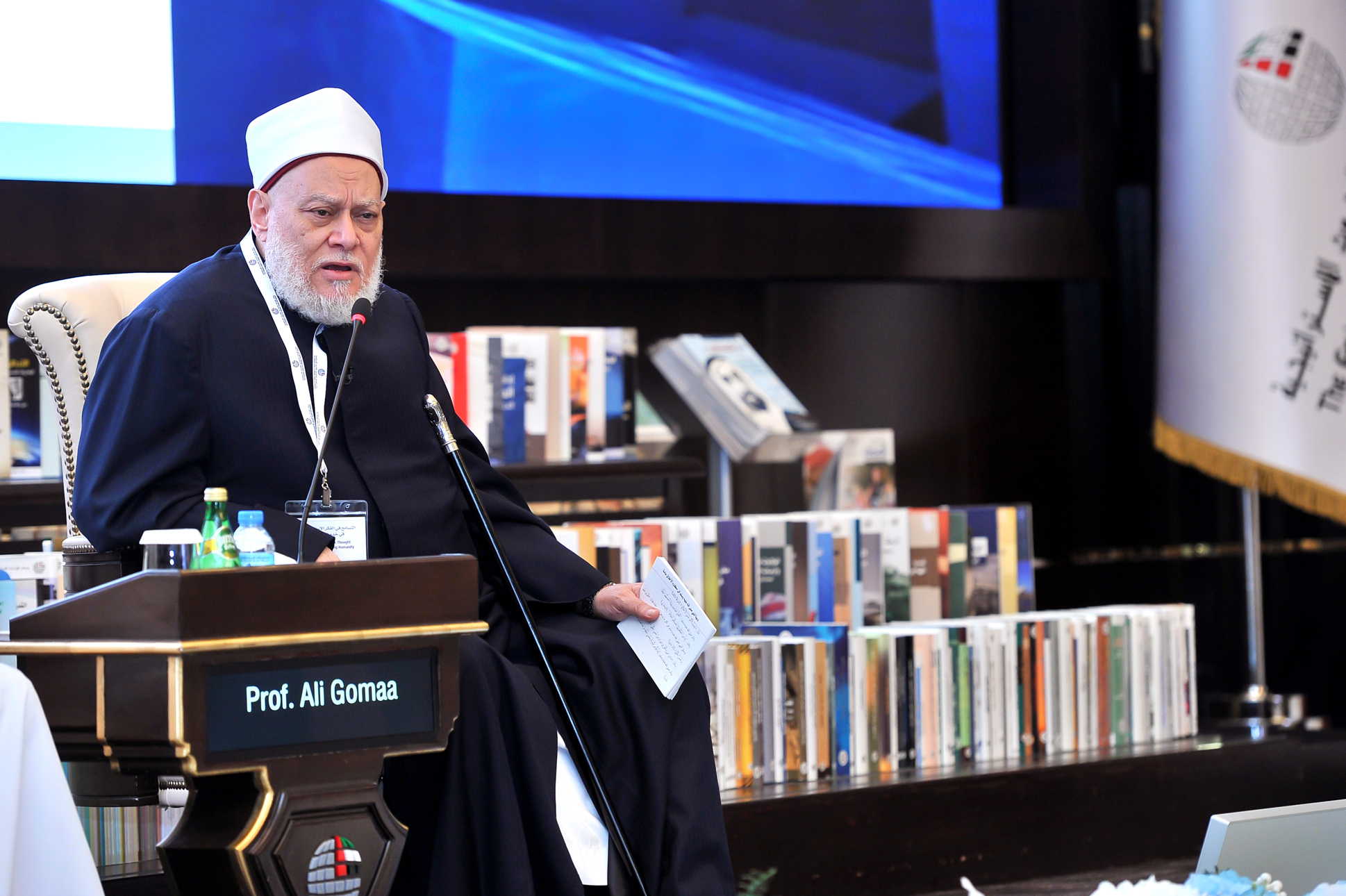 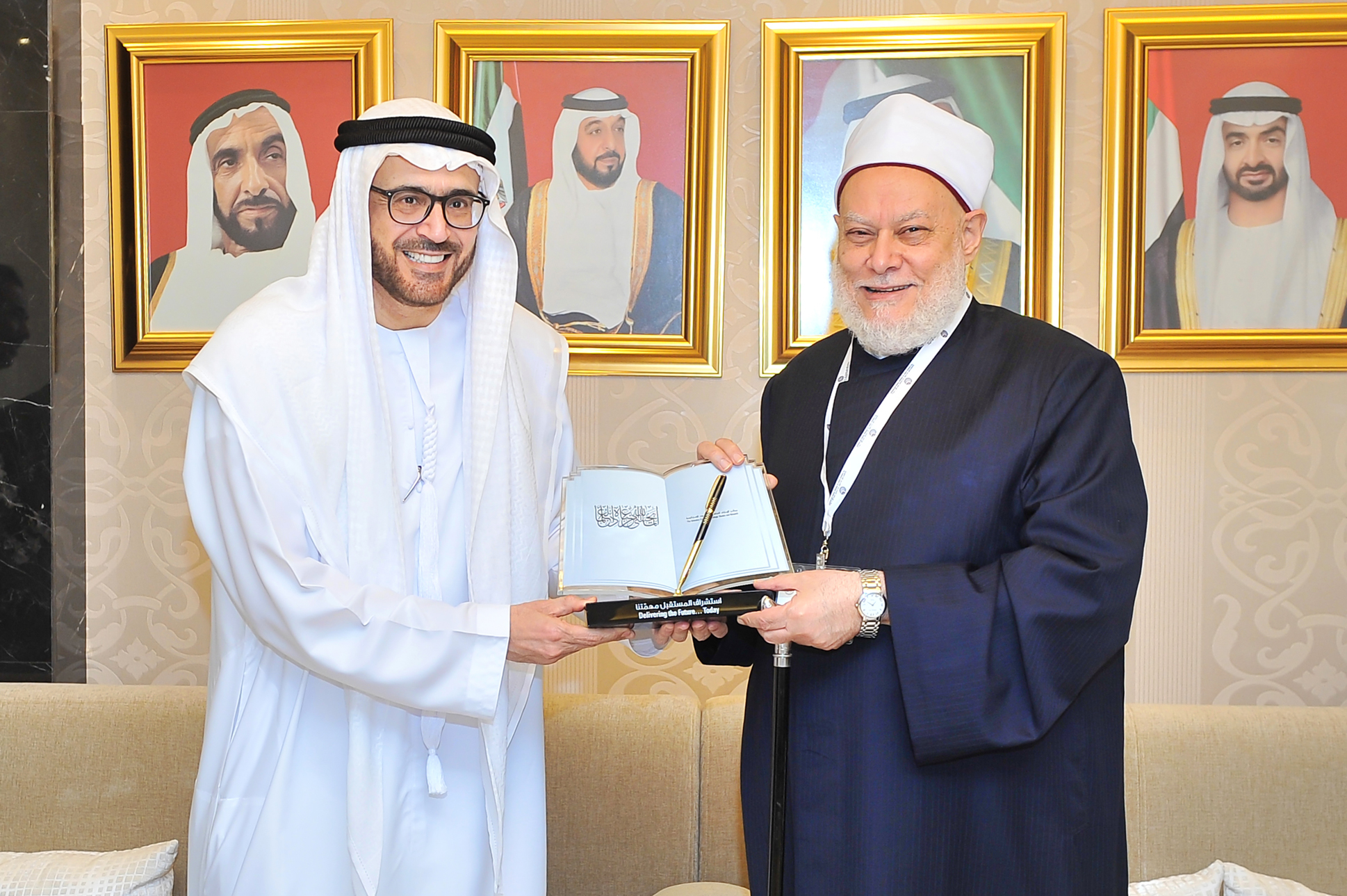 In the presence of His Excellency Prof. Jamal Sanad Al-Suwaidi, Director General of the Emirates Center for Strategic Studies and Research (ECSSR), the Center organized a lecture titled ‘Tolerance in Islamic Thought and its Role in Serving Humanity’. Delivered by His Eminence Prof. Ali Gomaa, Member of Al-Azhar Association of Senior Scholars, Arab Republic of Egypt, the lecture took place on Monday, 23, September, 2019, in the Sheikh Zayed bin Sultan Al Nahyan Hall, at the ECSSR complex in Abu Dhabi.

His Eminence Prof. Ali Gomaa began his lecture, which was attended by intellectuals, media professionals and experts in the field, by thanking Prof. Jamal Sanad Al-Suwaidi. His Eminence then commended the vital role played by the ECSSR in various fields, highlighting that since its inception twenty-five years ago, the Center’s many achievements have seen it become one of the leading intellectual institutions that we can be proud of in the Arab world.

In his lecture, His Eminence Prof. Ali Gomaa highlighted tolerance as one of the most important pillars shared by the monotheistic religions. He referred to some prominent and essential concepts of tolerance in Islam, particularly prohibiting compulsion in belief and the importance of protecting places of worship for people of other faiths, such as the churches and temples of divine religions.

His Eminence Prof. Ali Gomaa confirmed that tolerance in Islam was clearly evidenced by the fact that Muslims in Medina lived alongside Christians and Jews, and that Prophet Mohammed (Peace be Upon Him) also received delegations of Arabs who practiced other beliefs. Prof. Gomaa added that all inhabitants of Medina had equal rights in terms of respect, citizenship and freedom of worship, with no trace of fanaticism, oppression or discrimination. He also explained that the implementation of tolerance in any society needs a special program to educate individuals, consolidating values ​​of openness, coexistence and acceptance in their hearts and minds.

His Eminence Prof. Ali Gomaa said that the monotheistic religions are derived from the same source and that all of the prophets are brothers, with no differentiation between them in terms of the origin of their message. He confirmed that tolerance embodies practicing tolerance with oneself, as well as with others. Prof Gomaa added that faith can only be validated and accepted by individuals when it is received willingly by the heart and mind, as there is no compulsion in Islam. He confirmed that there is a need to respect the worshippers, clergy and places of worship of all religions. His Eminence Prof. Gomaa explained that the Quran asks Muslims to use good manners and logic; and that we should respect one another, understand each other’s beliefs and treat one another with tolerance and mercy.

His Excellency Prof. Ali Jomaa pointed out that the UAE is a true environment for tolerance and coexistence, and that the initiative of His Highness Sheikh Khalifa bin Zayed Al Nahyan, President of the UAE (may God protect him) to make 2019 the Year of Tolerance, reflects the importance of the value of tolerance for the wise leadership, which has made tolerance a reality in UAE society, where a diverse mix of ethnicities and religions live in perfect harmony.

Prof. Ali Gomaa concluded his lecture by stressing that tolerance is an essential pillar for the establishment of modern societies where individuals can live in safety and security. He confirmed that good morals are the foundations for achieving the value of tolerance, and making it the guiding principle in the way people treat each other.