ECSSR ECSSR NewsLecture at Dr. Abdulla Al Mehyas Majlis Prof. Jamal Sanad Al-Suwaidi: “The UAE is a Model of Tolerance and Coexistence in the Region and World.”

Lecture at Dr. Abdulla Al Mehyas Majlis Prof. Jamal Sanad Al-Suwaidi: “The UAE is a Model of Tolerance and Coexistence in the Region and World.” 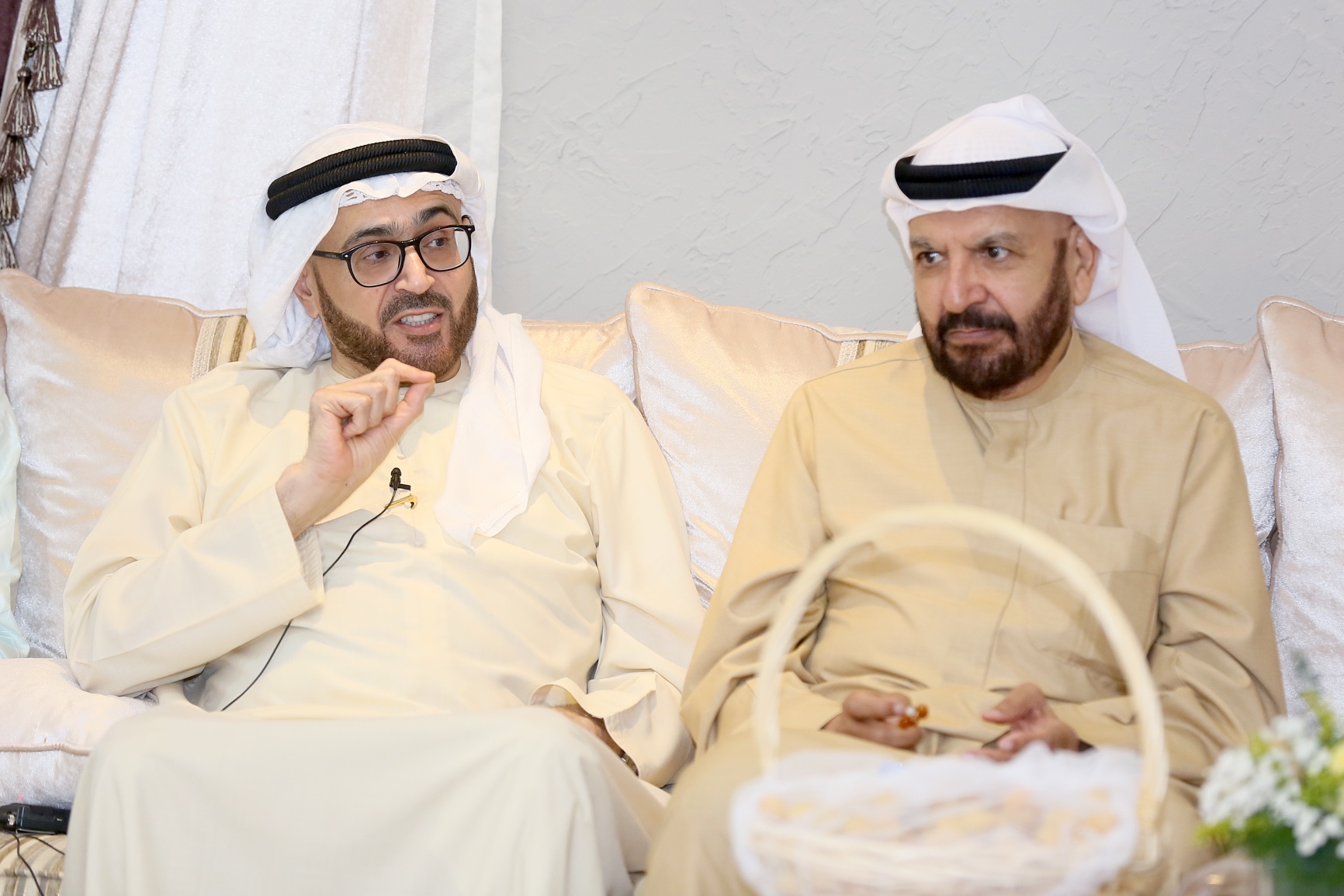 His Excellency Prof. Jamal Sanad Al-Suwaidi, Director General of the Emirates Center for Strategic Studies and Research (ECSSR), described how the UAE has always been a model of tolerance and coexistence. He explained this is thanks to values and policies that encourage openness and acceptance; respect ethnic, religious and sectarian diversity, as well as freedom of beliefs; and criminalize all forms of discrimination, hatred and racism. The UAE extends a helping hand to all countries in need, regardless of religion, ethnicity, race or sect.

His Excellency made the comments during a lecture he delivered at Dr. Abdulla Al Mehyas’ Majlis, in the presence of H.E. Ibrahima Sylla, Ambassador of Senegal to the UAE, on Sunday, March 1, 2020. H.E. Prof. Al-Suwaidi explained that the Document on Human Fraternity, signed by His Holiness Pope Francis, head of the Catholic Church, and Dr. Ahmed Al-Tayeb, Grand Imam of Al-Azhar, under the patronage of the UAE’s wise leadership (may God protect them), embodies the Emirati model of tolerance. Signed in Abu Dhabi on February 4, 2019, it outlines a series of noble principles to enhance tolerance, dialogue and acceptance. His Excellency said the document, which represents the UAE’s gift to the world, also highlights the importance of fraternity and coexistence among followers of all faiths.

H.E. Prof. Jamal Sanad Al-Suwaidi said: “This historic document originated in the land of tolerance, for the entire world. It carries a message of global peace and coexistence, between people of different religions, and embodies the UAE’s tolerant philosophy and approach. It requires us, and all those interested in cultivating tolerance and peace in the world, to work hard to implement the document’s ideas and values, teaching them to our children to help them face the hate and extremism that is sweeping our world, from east to west.”

His Excellency highlighted the role of His Highness Sheikh Mohamed bin Zayed Al Nahyan, Crown Prince of Abu Dhabi and Deputy Supreme Commander of the UAE Armed Forces (may God protect him), in promoting values of tolerance. He said that His Highness sent a historic and progressive message to the world with the visit of His Holiness Pope Francis and His Eminence the Grand Imam of Al-Azhar. This reflected the very principles of the Document on Human Fraternity, and the UAE’s own message of tolerance. In a message to all who believe that humanity shares a common destiny, His Excellency said: “The universe accommodates all of us, and diversity is a source of wealth, not conflict or strife. God created us differently so that we can complement and understand each other, in order to work together for the sake of welfare, peace and prosperity for all.”

His Excellency added that consolidating foundations of the modern nation state in the Arab and Islamic world is the best way forward, and there is much discussion to be had on how to implement it. He highlighted elements that could be drawn from the UAE experience, including national cohesion; a wise political leadership with ambitious strategies and the resolve to ensure the country’s progress; a widespread culture of tolerance, coexistence and acceptance among society; and providing the tools necessary to achieve modern scientific advancement, particularly enhancing education systems in our societies.

His Excellency concluded his lecture by stressing that the factors for building the nation state, in terms of consolidating its foundations and accomplishing development ambitions, are no longer a secret. The recipe for success and progress is well known. It starts with ensuring stability and security in countries and societies; laying strong state foundations of citizenship and the rule of law; promoting values of tolerance, dialogue and coexistence in society, and confronting poisonous ideologies propagated by political Islam groups.