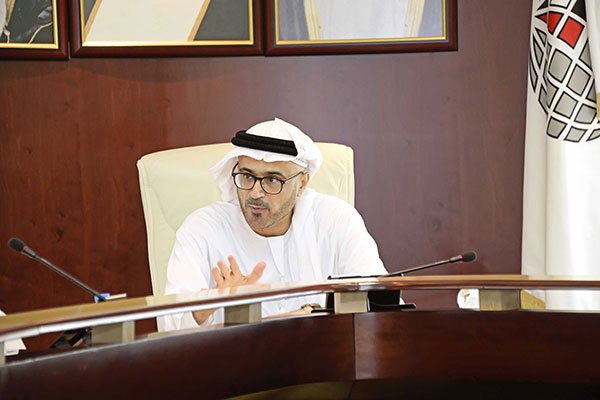 The Founding Committee for the Care of Cancer Patients held its first meeting at the Emirates Center for Strategic Studies and Research (ECSSR) on Monday 1 June 2015. Chaired by His Excellency Dr. Jamal Sanad Al-Suwaidi, Director General of the ECSSR, the meeting discussed the Committee’s strategy going forward. It was held pursuant to Resolution No. 13 of 2005 of Abu Dhabi Executive Council Secretary-General, His Excellency Dr. Ahmed Mubarak Al-Mazrouei, issued on 19 May 2015, concerning the formation of a committee for the care of cancer patients.

On this occasion, H.E. Dr. Jamal Sanad Al-Suwaidi, Chairman of the Founding Committee, stated that the initiative is part of the efforts being made by the government of Abu Dhabi, and the United Arab Emirates, to ensure proper care for cancer patients. The Committee will establish a new mechanism to provide them with full support and mitigate the suffering of its patients, their families and society in general. His Excellency said that the Committee’s responsibilities include creating a comprehensive database of the best hospitals and medical centers specializing in cancer treatment around the world for helping cancer patients receive proper treatment. The Committee will also take initiatives to educate the community about different types of cancer, their causes, prevention, and ways for patients to adapt to the difficulties during the treatment.