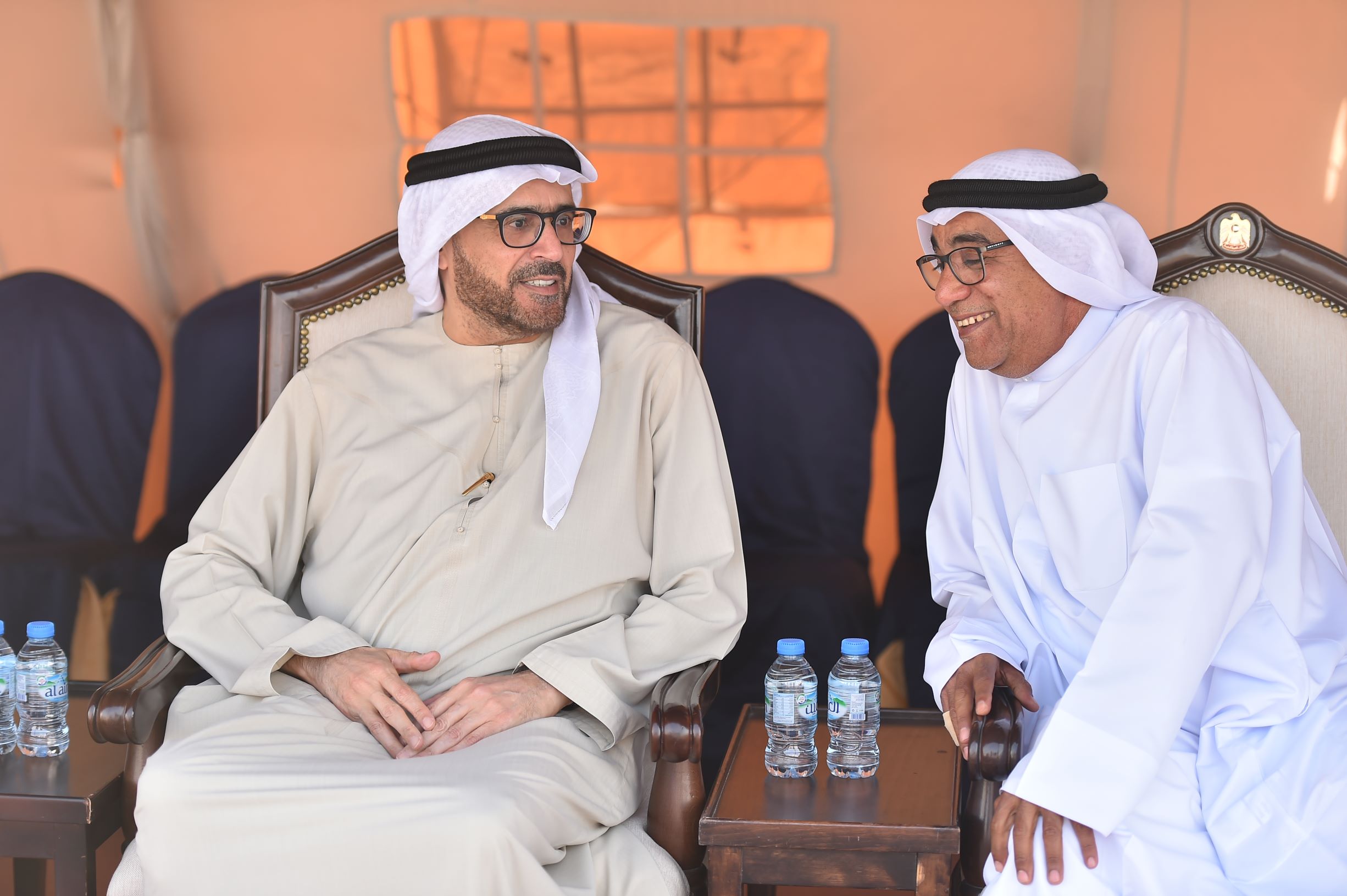 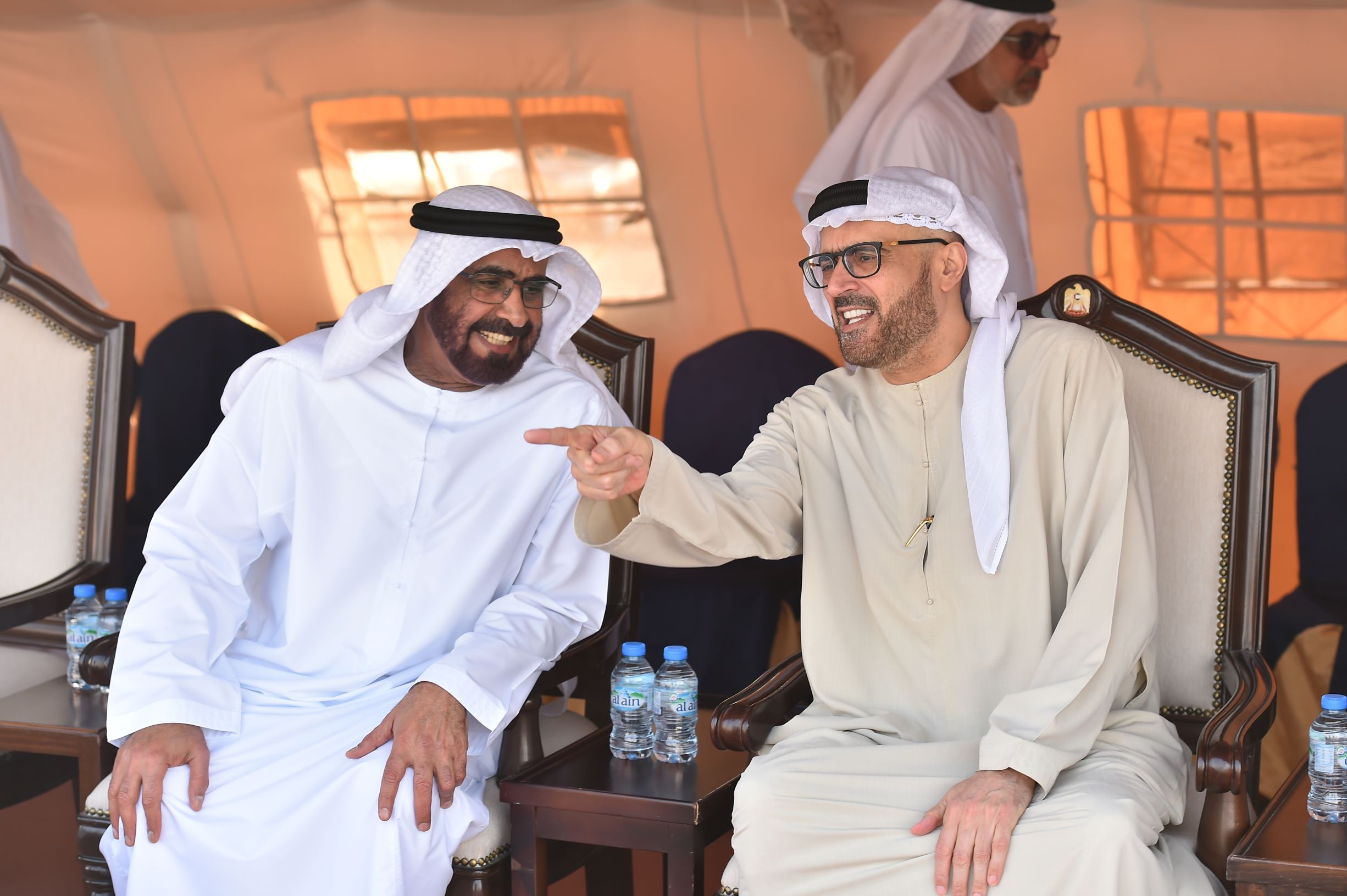 In the presence of H.E. Prof. Jamal Sanad Al-Suwaidi, Director General of the Emirates Center for Strategic Studies and Research (ECSSR), the 8thAnnual Support Units Shooting Festival concluded its proceedings on Friday, February 21. The ten-day festival was held under the patronage of His Highness Sheikh Mohamed bin Zayed Al Nahyan, Crown Prince of Abu Dhabi and Deputy Supreme Commander of the UAE Armed Forces (may God protect him).

The ECSSR participated in the festival, which was organized by the UAE Support Units Command, with a number of selected publications, including the 8th edition of With United Strength: Shaikh Zayid Bin Sultan Al Nahyan: The Leader and the Nation, which explores the life and role of the late Sheikh Zayed bin Sultan Al Nahyan (may God rest his soul in peace) in building the UAE; Mohamed bin Zayed and Education, which sheds light on the insightful vision of His Highness Sheikh Mohamed bin Zayed Al Nahyan, Crown Prince of Abu Dhabi and Deputy Supreme Commander of the UAE Armed Forces (may God protect him), for the promotion of education in the UAE; and The Mirage, by H.E. Prof. Jamal Sanad Al-Suwaidi, ECSSR Director General, which has been translated into several languages and won the 10th edition of the Sheikh Zayed Book Award in the category of Development of Nations in 2015-2016, and which exposes the falsehood of political Islam movements; in addition to other books, series and periodicals published by the ECSSR since its establishment 25 years ago.

The Center’s participation underscores its commitment to contribute to community service and qualifying UAE citizens, especially as the festival aims to nurture the skills of Emiratis in individual shooting as well as shooting in groups. The event also promotes competitiveness, enhances love for the homeland and loyalty to the wise leadership, and strengthens the cohesion between the Armed Forces and members of society.

The Support Units Shooting Festival, since the first edition was held in 2013, has enjoyed the support and attention of the wise leadership at all levels. This is exemplified by several visits from Their Highnesses the Sheikhs, Crown Princes and VIP visitors, who were keen to follow the events and see the results of competitions. It has become one of the most prominent and pioneering public events in the region and represents an important aspect of social interaction in the country, attracting a large number of visitors and various social institutions. Additionally, all segments of society, from military personnel and civilians to shooting clubs and school students in the country, participated in the festival.

The Support Units Shooting Festival attracted thousands of local and expatriate families, where local handicrafts saw huge support with Emirati craftsmen receiving recognition for their service to the homeland while being encouraged to continue preserving the local crafts heritage.