ECSSR ECSSR NewsIn the ECSSR Lecture No. 720, Fatima Al Sayegh Reviews Her Book “The United Arab Emirates: The Obstacles in the Federation’s Formative Years and the Challenges That Lie Ahead”

In the ECSSR Lecture No. 720, Fatima Al Sayegh Reviews Her Book “The United Arab Emirates: The Obstacles in the Federation’s Formative Years and the Challenges That Lie Ahead” 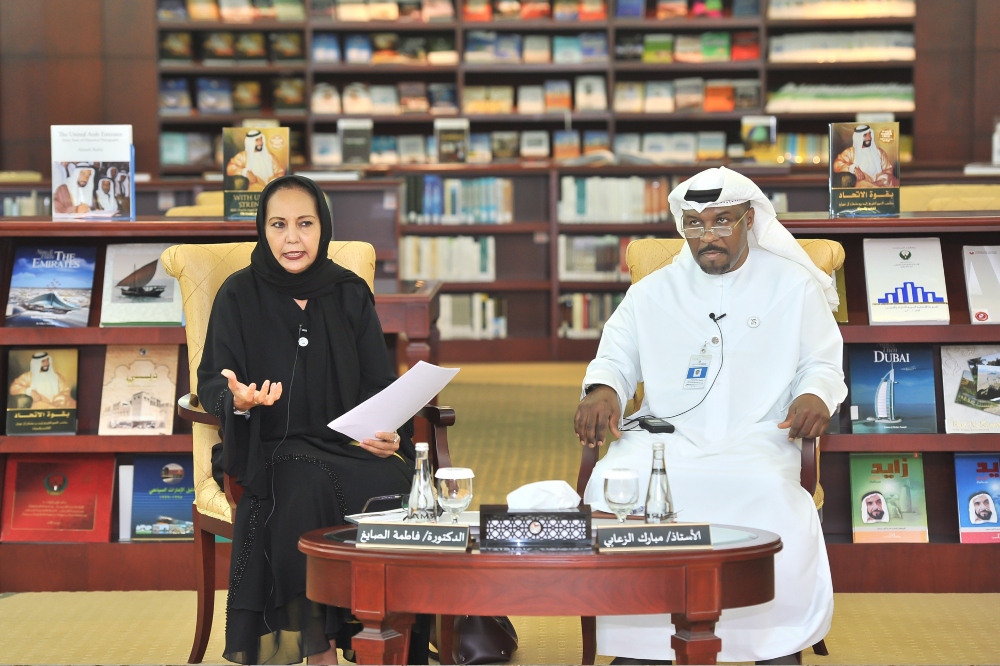 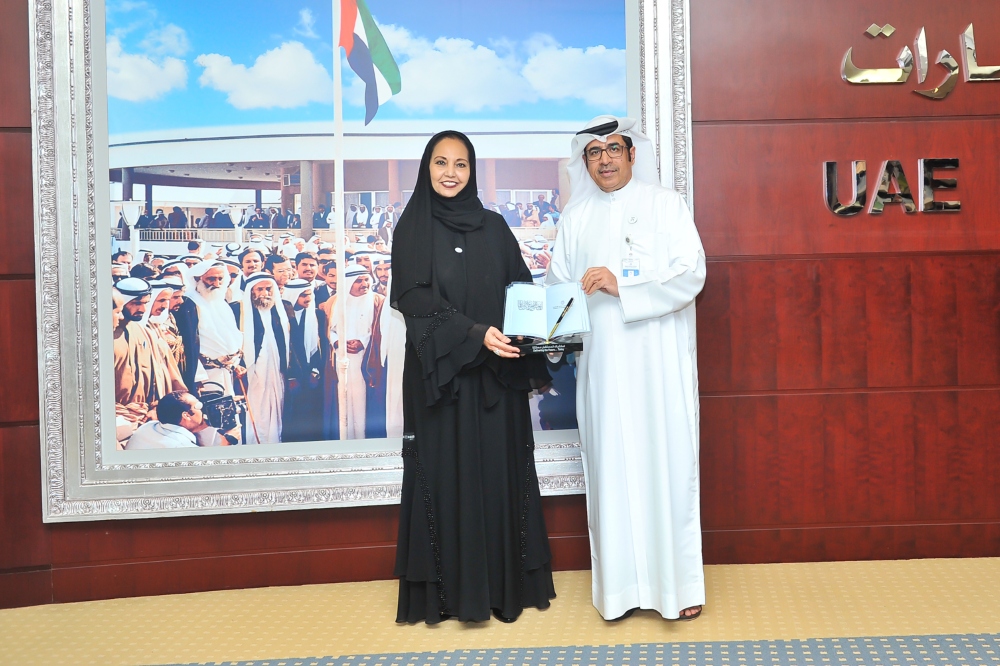 Within the "Book in an Hour" event, the Emirates Center for Strategic Studies and Research (ECSSR) organized its lecture No. 720, in which Dr. Fatima Hassan Al-Sayegh, a university professor at the Emirates University, reviewed her book "The United Arab Emirates: The Obstacles in the Federation’s Formative Years and the Challenges That Lie Ahead," on Tuesday, 10 December 2019, in the UAE Federation Library, at the ECSSR Complex in Abu Dhabi.

Dr. Al-Sayegh began her lecture by thanking His Excellency Prof. Jamal Sanad Al-Suwaidi, Director General of the ECSSR. She commended the vital role that the ECSSR plays in various research and knowledge areas and the Center’s persistent keenness in organizing events that highlight the past, present, and desired future of the United Arab Emirates.

Dr. Al-Sayegh started talking about her book “The United Arab Emirates: The Obstacles in the Federation’s Formative Years and the Challenges that Lie Ahead,” by giving a brief history of the establishment of the UAE and the stages of the country’s federation process. She said that the UAE’s clear and robust nation-building experience is a valuable model in building a modern state, especially in a region surrounded by difficulties.

Dr. Al-Sayegh mentioned that the founding fathers overcame many obstacles by perceiving them as factors of unity rather than of division.

Dr. Al-Sayegh discussed the various stages of building the federation.  She described the first stage – the unity negotiations from 1968 to 1971 –  as the "difficult labor" before the birth of the union. The second stage, from 1971 to 1976, witnessed the most important building block in the federation—building the national belonging to the Union instead of emirate or tribe. In the third stage, from 1976 to 1981, the military unified and by doing so, the modern state of the UAE was born with all its constituents. She explained that the fourth stage, from 1981 to 1991, was characterized by internal stability in the face of external crises. The fifth stage, from 1991 to 2001, marked the emergence of the UAE in the international arena. In the sixth stage, from 2001 to 2004, the UAE was able to address the serious challenges faced by the world through a wise crisis management policy. The seventh stage, from 2004 until now, is the period of excellence led by His Highness Sheikh Khalifa bin Zayed Al Nahyan, President of the United Arab Emirates, may God protect him, in which the state has achieved great development achievements and an active foreign policy, which have both paid off through the international recognition of the UAE as an important regional and international player.

It is worth noting that Dr. Fatima Hassan Al-Sayegh teaches the history of the Emirates and the Arab Gulf at the Department of History and Archaeology at the United Arab Emirates University in Al Ain, and she has been a member of the Board of Trustees of the Sultan bin Ali Al Owais Cultural Foundation since 2009. Dr. Al-Sayegh has published a number of books and pioneering scientific research, and has participated in many local, regional and international scientific conferences and seminars. She is a member of a number of major international bodies, professional societies, and scientific journals. Dr. Al Sayegh has won many awards, including the Creators Award from the Gulf Cooperation Council countries in 2019, the Distinguished Women Award, the Job Achievements Branch, and the Sultan bin Ali Al Owais Award for the best book on the United Arab Emirates for the year 1997 (The United Arab Emirates from the Tribe to State). Dr. Fatima Al Sayegh holds a PhD from the University of Essex in the United Kingdom (1989), a Master's degree from the University of Wisconsin in the United States of America (1984), and a BA in Modern History from Kuwait University.