In ECSSR Lecture No. 724 Zhou Jianping Says: “The World Is Expecting a Great Success for Expo 2020 Dubai” 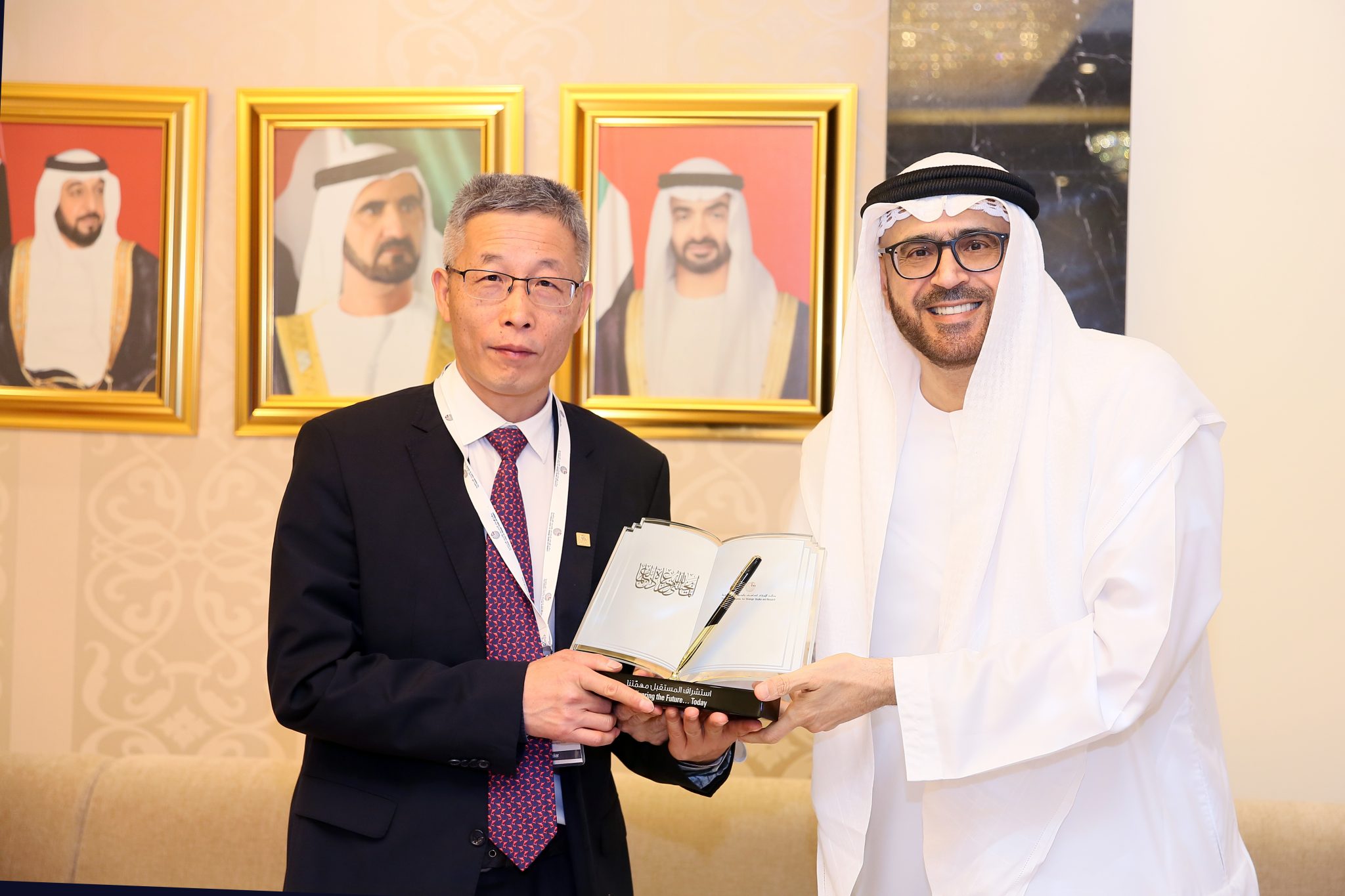 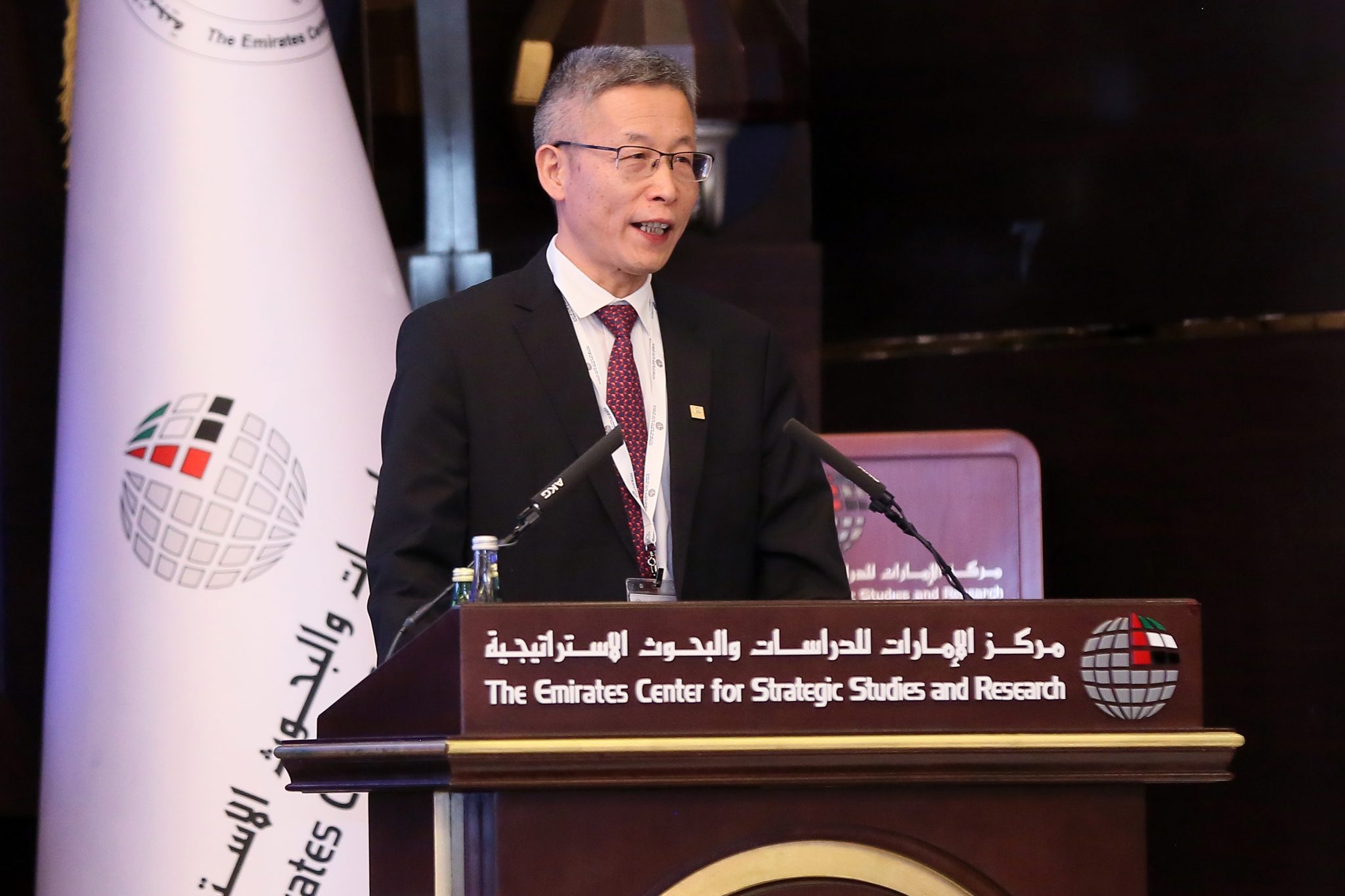 In the presence of His Excellency Prof. Jamal Sanad Al-Suwaidi, Director General of the Emirates Center for Strategic Studies and Research (ECSSR), the Center organized its lecture No. 724 entitled “From Expo 2019 Beijing to Expo 2020 Dubai.”  The lecture was delivered by Mr. Zhou Jianping, Executive Director General of the Coordination Office of the Beijing International Horticultural Expo, the People’s Republic of China (PRC), in the Sheikh Zayed bin Sultan Al Nahyan Hall, at the ECSSR complex in Abu Dhabi, on Monday, 23 December, 2019. The event was attended by His Excellency Ni Jian, the Chinese Ambassador to the United Arab Emirates, as well as officials, experts, the media, and other interested parties.

Mr. Jianping began his lecture by thanking His Excellency Prof. Jamal Sanad Al-Suwaidi for his efforts in managing the ECSSR, which he said was a prestigious scientific institution. He then praised the unique activities and events organized by the Center. He also expressed his admiration for the widespread greening development in the United Arab Emirates.

The lecture began with a video that presented an overview of the "Beijing Expo 2019," which was held under the name "Beijing International Horticultural Exposition 2019." The video included scenes from the various pavilions of the exhibition, and snapshots of its cultural and artistic events. The expo witnessed the participation of 110 countries and international organizations.

Mr. Jianping pointed out that the "Beijing Expo 2019" received wide international acclaim, as it was considered one of the most successful exhibitions worldwide, and presented a pioneering model for hosting future exhibitions. The speaker added that the "Beijing Expo 2019"aimed at achieving several development goals, such as ensuring environmental sustainability, developing agriculture, and promoting the ancient history of China.

Mr. Jianping mentioned key elements that contributed to the success of Beijing Expo 2019, which could serve as a model in organizing Expo 2020 Dubai. He said that the great attention and support that the Chinese government and the Beijing municipality paid to the exhibition were crucial in its success.

He talked about the construction of the facilities of "Beijing Expo 2019," which took about two years, and the challenges that faced the organizing committee including the adherence to the implementation timeline, weather challenges, and ensuring the safety and security of construction workers. Mr. Jianping highlighted the importance of scientific planning for the exhibition, including its facilities and multiple gardens, which gave the exhibition a beautiful aesthetic view.

He commended the UAE pavilion at the Beijing exhibition. He said it was a wonderful pavilion that reflected the UAE’S culture, rich heritage, and wisdom of the Emirati people. He added that the pavilion included a beautiful garden that attracted big numbers of visitors.

Mr. Jianping said that the Center for Operations and Events Management greatly contributed to the exhibition’s success, pointing out that it made good decisions when selecting participating delegations as well as the security and safety teams. He mentioned that management center had a special team to answer public inquiries and another responsible for cleaning and maintenance.

At the end of his lecture, Jianping expected that "Expo 2020 Dubai" would be a great success due to the UAE's impressive construction capabilities and extensive experience in hosting and organizing major events. The speaker ended with three key considerations for organization big exhibitions: (1) work to improve service facilities; (2) create an integrated PR and advertisement program; and (3) pay attention to the demands of visitors, including convenient transportation and food facilities.