ECSSR ECSSR NewsIn ECSSR Lecture No. 721 Canadian Writer Says “The Europeans Sought to Use the Brotherhood to Counter Communism”

In ECSSR Lecture No. 721 Canadian Writer Says “The Europeans Sought to Use the Brotherhood to Counter Communism” 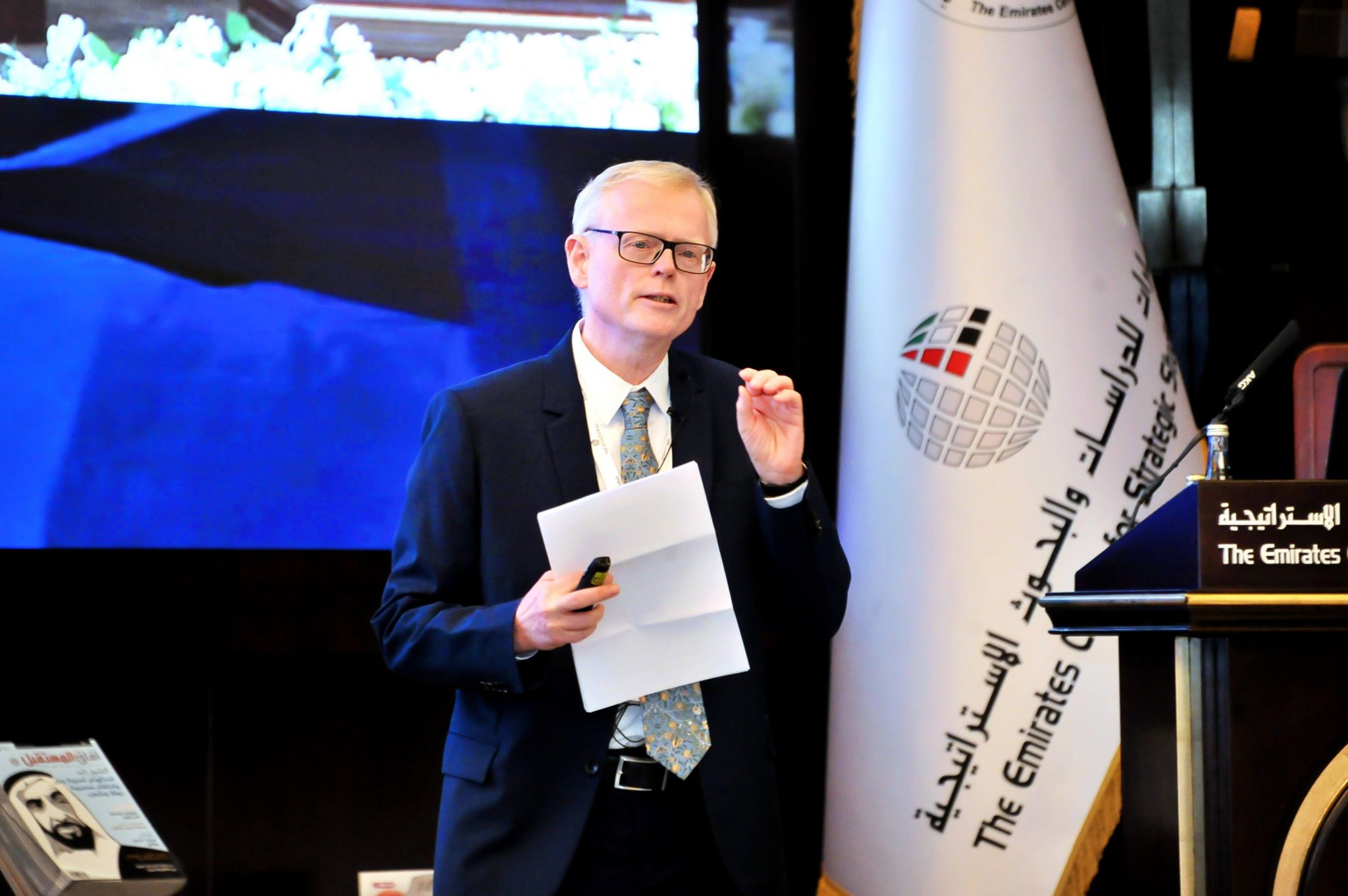 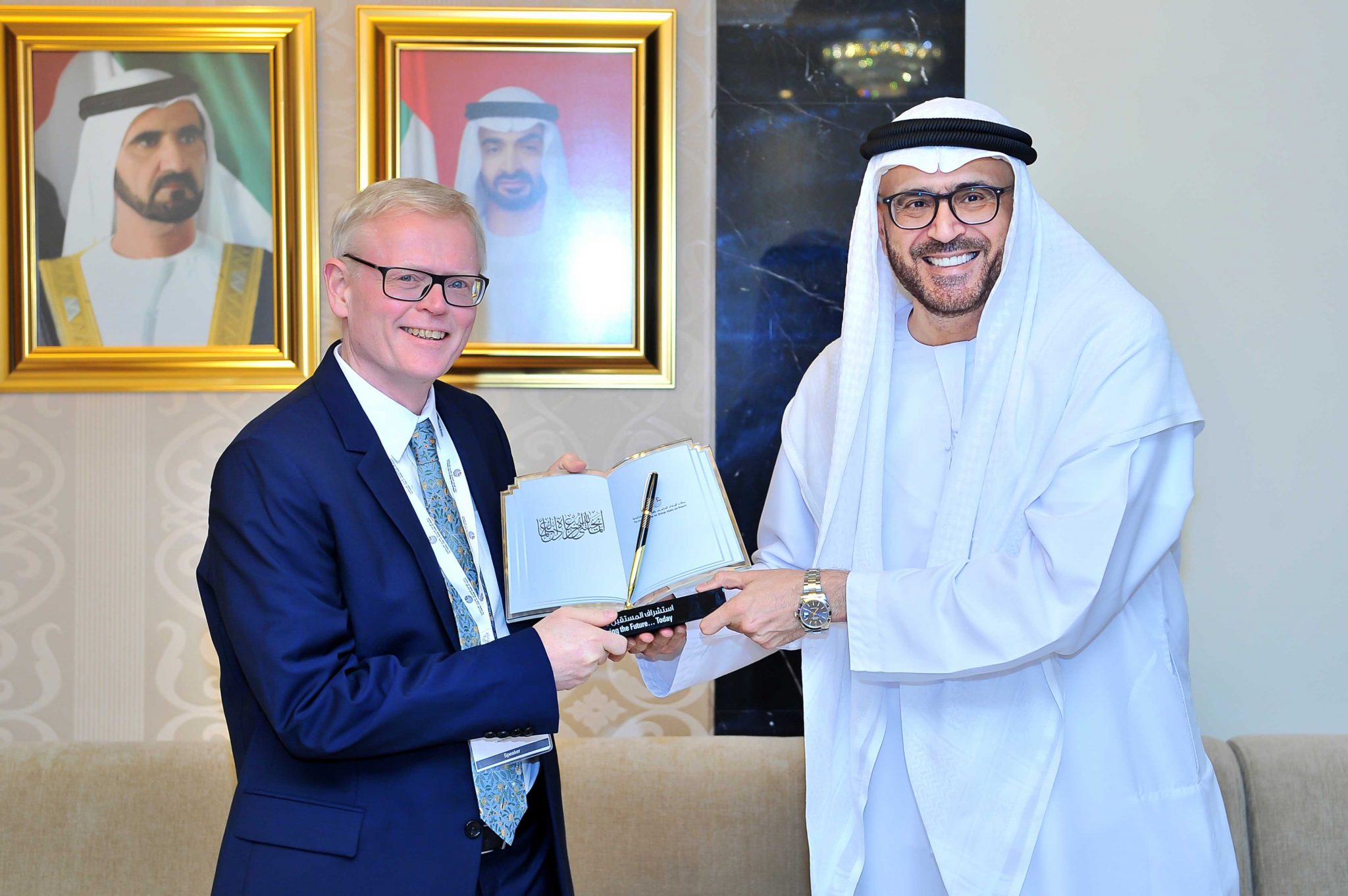 In the presence of His Excellency Prof. Jamal Sanad Al-Suwaidi, Director General of the Emirates Center for Strategic Studies and Research (ECSSR), and as part of its scientific and research activities, the ECSSR organized its lecture No. 721 entitled “The Muslim Brotherhood in Europe: Origin and Development.” The lecture was delivered by Mr. Ian Johnson, Pulitzer Prize winner from Canada, on Wednesday, December 11, 2019, at the ECSSR Complex in Abu Dhabi.

At the beginning of his lecture, Mr. Ian Johnson thanked the ECSSR for the invitation and for giving him the opportunity to deliver his lecture. He explained how he became interested in the Muslim Brotherhood. It started when he was the head of a group of journalists who were covering terrorism after the events of September 11th. A mosque in Munich sparked his curiosity about the Muslim Brotherhood origins in Europe, so he decided to make a study about this issue and to trace the history of this mosque.

Mr. Johnson presented the approach used in his research project, which was on the origins and evolution of the Muslim Brotherhood in Europe. He relied on a wide variety of resources. First, he used government archives in Germany, USA, Switzerland, and the United Kingdom. Second, he studied researcher and specialist personal archives that contained papers, documents, and correspondence related to the history of Islamist groups in Europe, including the Muslim Brotherhood. Third, he conducted personal interviews with 46 people from Egypt, France, Germany, Iran, Italy, the UK, and the USA.

Mr. Johnson discussed his curiosity behind the building of a mosque in Southern Germany, a region with few Muslims. He explained that, after an extensive study, he found that the Europeans wanted to unite Muslims by building this mosque, in order to confront the Soviet Union, which controlled Eastern Germany. He said that the Muslims were transferred to the state of Bavaria to be used by the German authorities. Mr. Johnson said that when the cold war began, there was a struggle for influence and the Muslim world was among the most important of these regions. He explained that the Europeans believed that the Muslims could be used for their interest. He said that the American president Dwight Eisenhower, who was not very religious, was interested in using religion against communism and the CIA issued a brochure outlining how this could be accomplished.

Mr. Johnson gave a detailed account of the role of Said Ramadan, one of the founders of the Muslim Brotherhood group in Europe, who had continuous meetings with CIA agents.  Mr. Johnson explained that the Americans used to describe Ramadan as an intelligent person, but his nature always put religion above everything. Yet, the Americans found him reliable and charismatic, so he was assigned to build the mosque.

He then explained the efforts made by the group to expand, describing the Lake Lugano meeting in 1977 by the International Institute of Islamic Thought, where Yusuf Nada and other members helped the Brotherhood re-organize themselves and carry out activities to strengthen ties between them.

Mr. Johnson said that the Brotherhood network in Europe had many leaders, fifty or more. He mentioned that the Munich Mosque was the first Islamic center in Germany and that it was a starting point for the Muslim Brotherhood to spread its agendas to the rest of the European countries. Also, the mosque became the hub of the Islamic Community in Germany and a member of the Federation of Islamic Organizations in Europe (FIOE). FIOE later established the European Council for Fatwa and Research.