In Cooperation with the Korea-Arab Society and Jeju Peace Institute, The Emirates Center for Strategic Studies and Research Organizes the 16th Korea-Middle East Cooperation Forum in Seoul 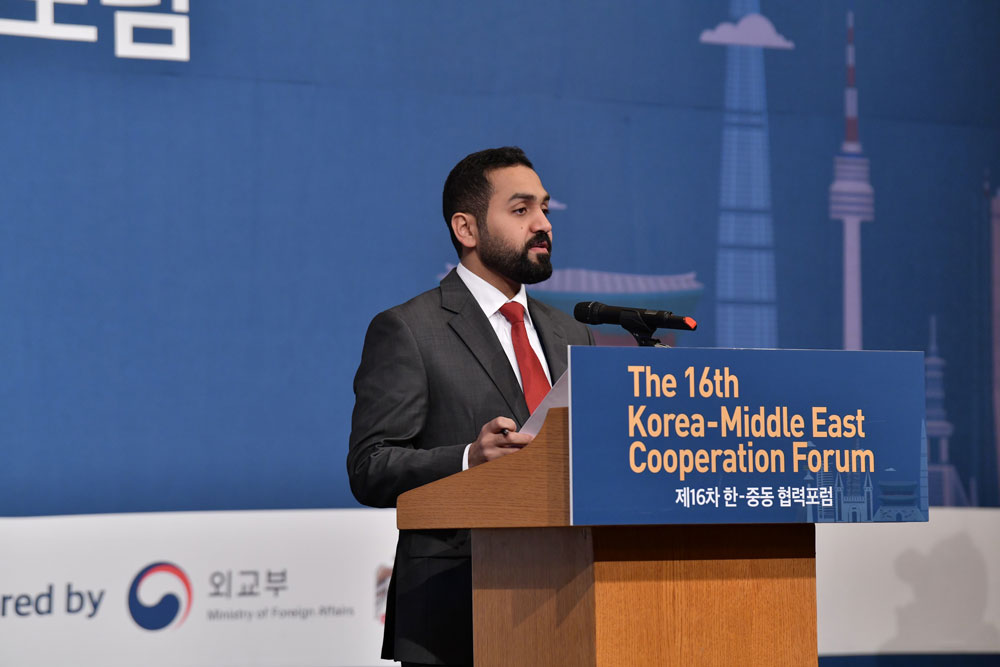 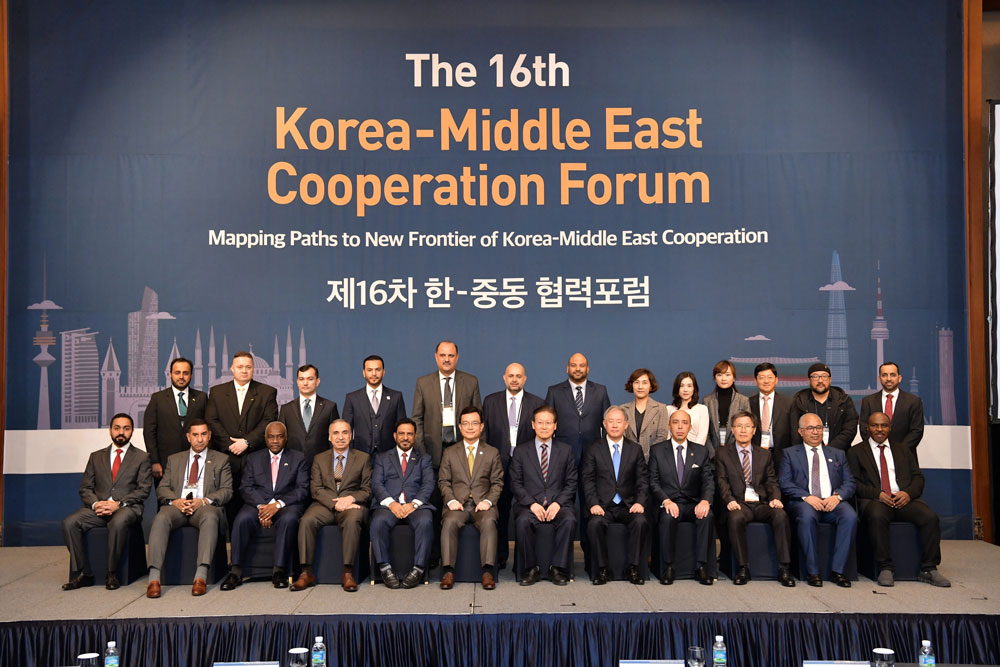 In cooperation with the Korea-Arab Society and the Jeju Peace Institute (JPI), the Emirates Center for Strategic Studies and Research (ECSSR), organized the 16th Korea-Middle East Cooperation Forum under the theme ‘Mapping Paths to a New Frontier of Korea-Middle East Cooperation.’ The Forum was attended by H.E. Abdullah Saif Al-Nuaimi, UAE Ambassador to South Korea and Cho Sei-young, First Vice Minister of Foreign Affairs, Republic of Korea, on Wednesday, November 13, 2019, at Lotte Hotel, Seoul.

Attended by diplomats and ambassadors, the Forum was held under the patronage of the UAE Ministry of Foreign Affairs and International Cooperation, and the Ministry of Foreign Affairs of the Republic of Korea, at a time when significant developments are taking place in Korea-Middle East relations, in economic and trade areas, as well as cooperation on peaceful nuclear power. There are also vast prospects for cooperation in other spheres including education, scientific research, culture and military fields.

H.E. Prof. Jamal Sanad Al-Suwaidi, Director General of the ECSSR, highlighted the importance of this Forum, which aims to enhance the Korea-Middle East partnership. This requires relentless efforts to reach further agreement and collective action between all sides to respond to the challenges of today’s world, where borders and frontiers have disappeared, altering local and global dynamics. The current period is characterized by rapid changes and developments, globalized problems and challenges, as well as competition and struggle for stability and security in all aspects of life.

H.E. Prof. Jamal Sanad Al-Suwaidi affirmed that rapprochement and joint cooperation enhances understanding between states, governments and nations. It also supports reaching an agreement on common strategic interests and increases the momentum of joint strategies and policies. His Excellency expressed his hope that the Forum achieves these goals.

In the welcoming remarks, Mr. Obaid Al Zaabi, Acting Manager of the Communications and Public Relations Department, ECSSR, conveyed greetings of H.E. Prof. Jamal Sanad Al-Suwaidi, in which he wished the Forum every success. Mr. Al Zaabi said that the Forum was being held one year on from its 15th session in Abu Dhabi, and that the relations between the Republic of Korea and the United Arab Emirates, as well as Middle East countries, have witnessed great development at the strategic level and in many important sectors.

During the ECSSR’s speech, Al Zaabi proposed that participants in the Forum should seize the opportunity to strengthen the relations between the people of South Korea and Middle East countries. He cited wisdom from the founding father, Sheikh Zayed bin Sultan Al Nahyan (may God rest his soul in peace), in which he said: “The human being is the cornerstone of any civilizational process; therefore, it is necessary that we take care of him because he is the pillar of any real and continuous progress. Whatever buildings, facilities, schools and hospitals we have built; whatever bridges we have extended; they all remain soulless material entities.”

Mr. Cho Sei-young stressed that the Korea-Middle East Cooperation Forum has become, thanks to the efforts exerted over the last 15 years, a major platform to discuss issues of interest for both Korea and the Arab world; adding that in light of the Fourth Industrial Revolution, they look forward to promoting cooperation between both parties, and going beyond areas of energy and construction toward information technology, nuclear and renewable energy, social care and business.

The Forum comprised three main sessions. The first session, titled ‘Paths to Security and Stability in the Region’, explored ways of cooperation between the two parties in order to ensure security and reinforce stability in the Middle East region. The second session, titled ‘Reshaping Korea-Middle East Economic Cooperation in the Post-Oil Era’, anticipated cooperation opportunities in the economic sector, especially in the post-oil era, with a special focus on economic diversity. The third session, titled ‘Human Development: Challenges and Strategies’, discussed major challenges to the development process in Korea as well as in the Arab region, highlighting the necessary policies and strategies to overcome those challenges, continue human development and ensure progress for both the Korean and Middle East people. 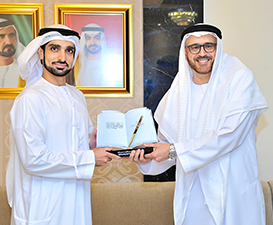 The Emirates Center for Strategic Studies and Research (ECSSR) organized a lecture titled ‘A Future Perspective on the Space, Science and Technology Sector’, delivered by Eng. Omran Sharaf, Project... 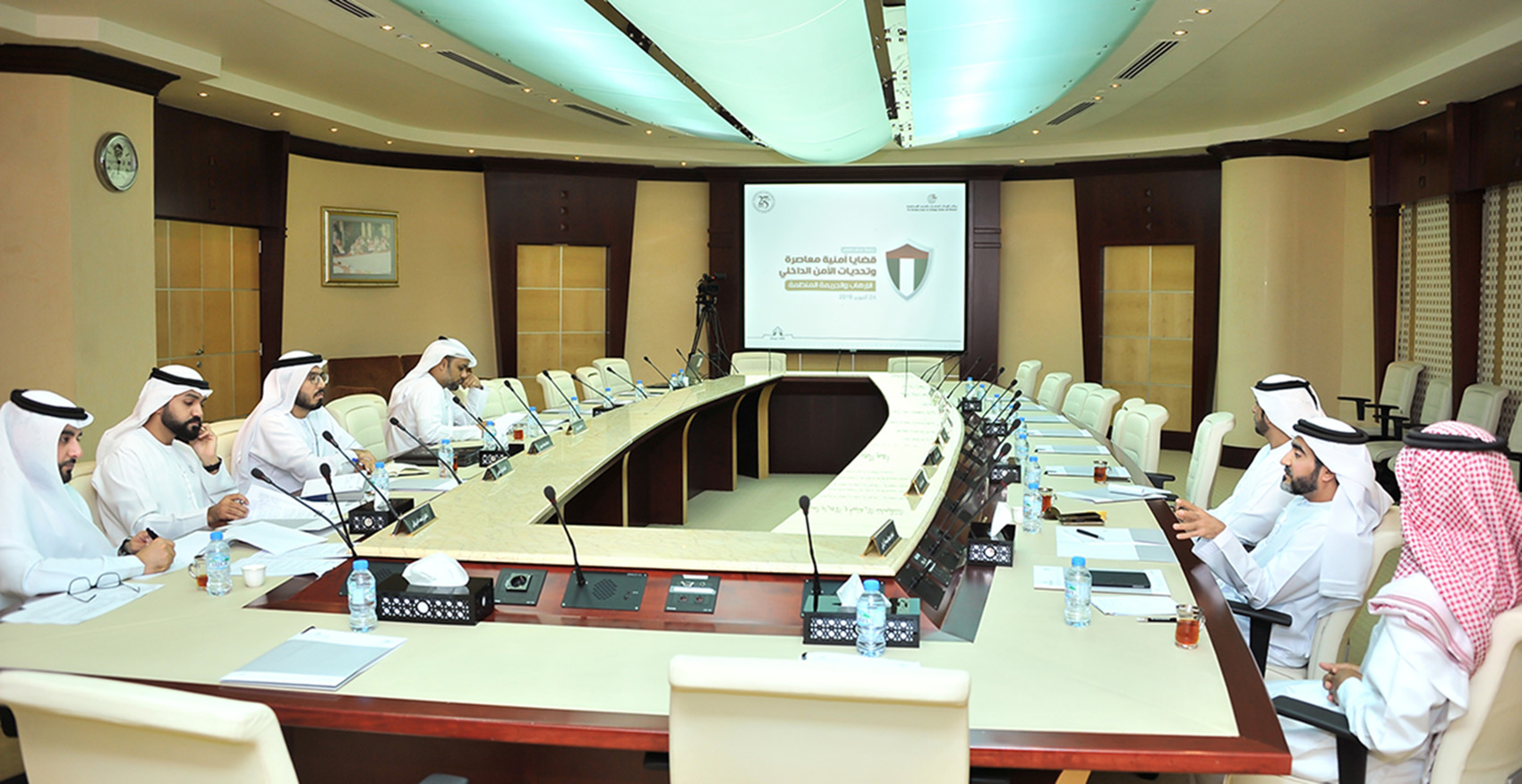 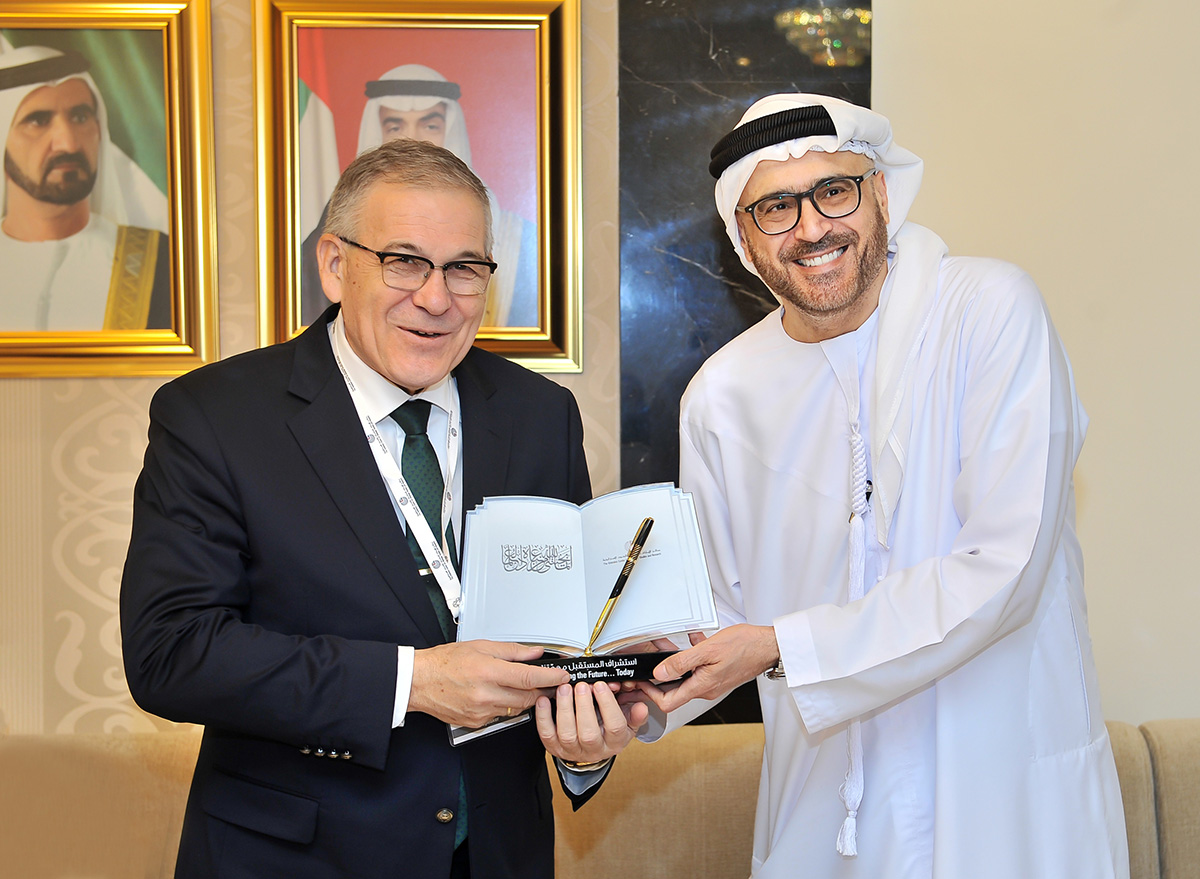