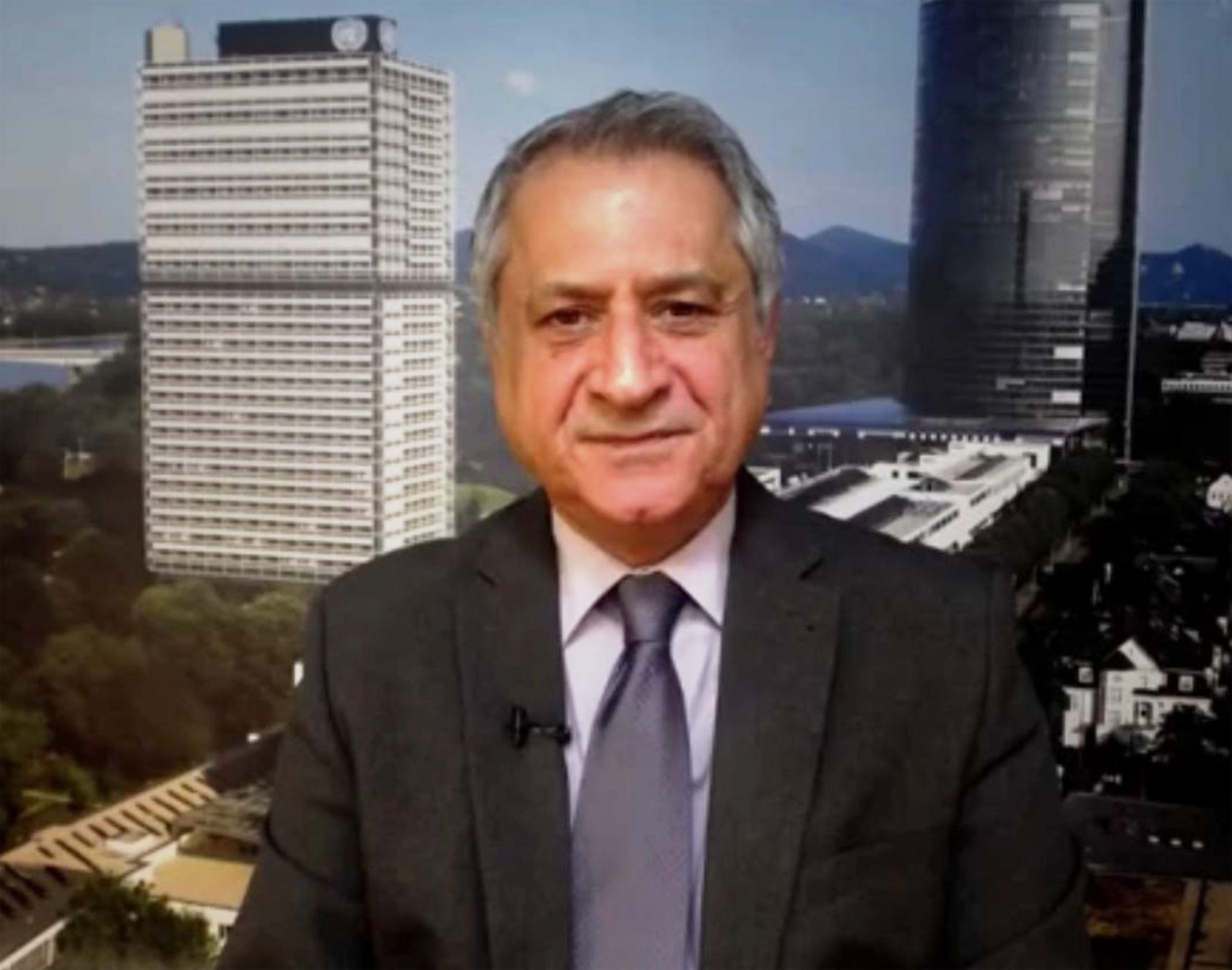 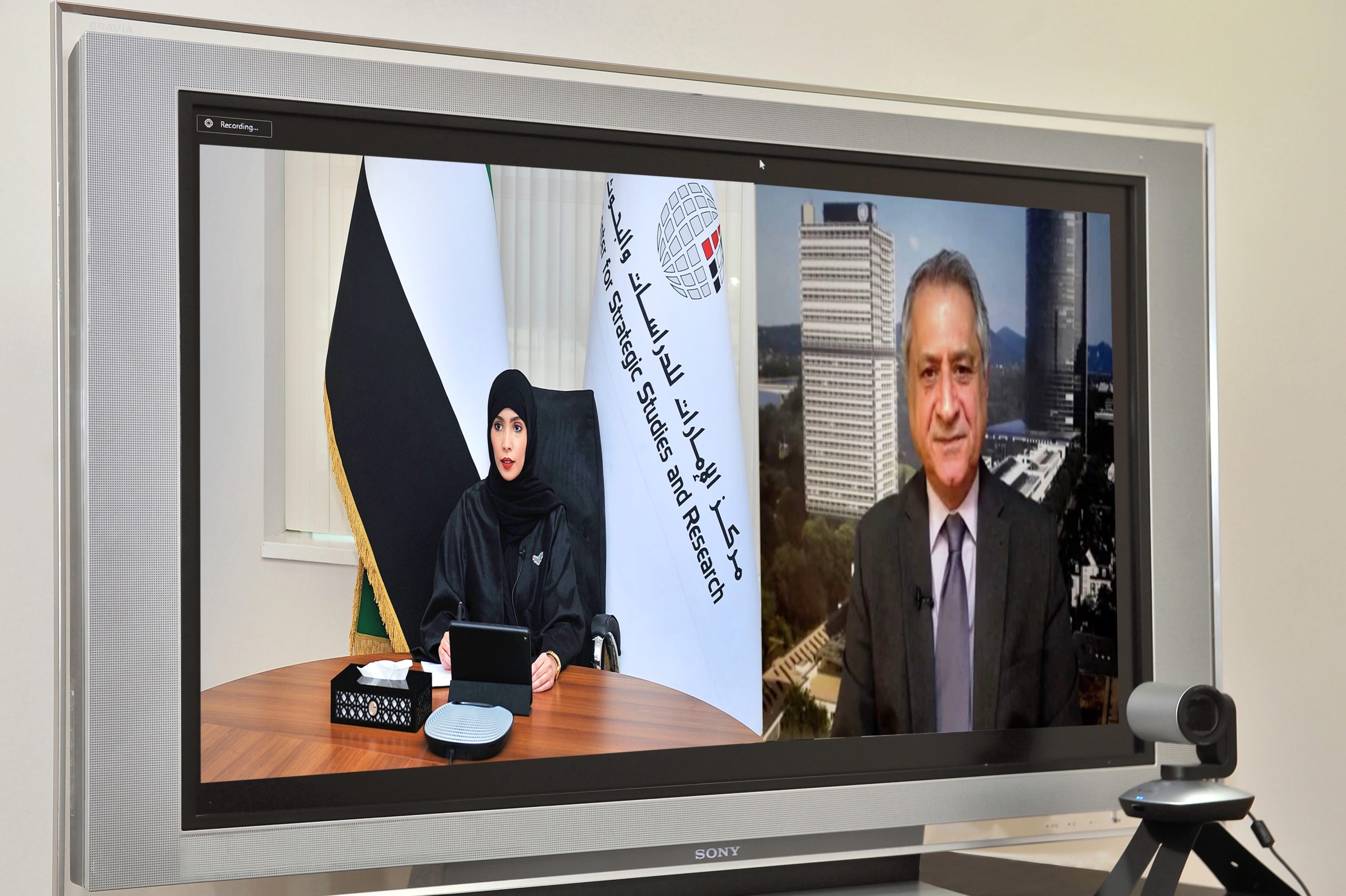 The Emirates Center for Strategic Studies and Research (ECSSR) organized its online lecture No. (750) on Tuesday evening, June 30, 2020, titled ‘Radical Groups in Europe: A Focus on the Muslim Brotherhood’. The lecture was delivered by Mr. Jassim Mohamad, an Iraqi Researcher and former diplomat. Mr. Mohamad is currently President of the European Centre for Counterterrorism and Intelligence Studies, which is based in Germany and the Netherlands, and is also a researcher in terrorism and intelligence issues. The ECSSR broadcasted the lecture on its YouTube channel, which attracted a diverse audience, including thinkers, writers, intellectuals and journalists.

The lecturer began by explaining the danger extremist groups pose in Europe, particularly the Muslim Brotherhood and Hezbollah in Lebanon. He also shed light on the online activities of these groups.

Mr. Mohamad stressed that the threat of extremists, especially Islamist groups, exists all over Europe, despite the extensive efforts of European security and intelligence services. However, they have succeeded in the past three years in taking the initiative from these groups, which has led to a decline in terrorism indicators across Europe last year and in the first quarter of 2020.

Despite a decline in the propaganda broadcast by the terrorist organization ISIS, and the remarkable decrease in its influence, the lecturer said the organization still tries to exploit the prevailing climate of freedom and openness. It specifically utilizes modern technologies that enable telecommunications and social media to spread its extremist discourse in a bid to return to prominence. Tackling this situation requires intensive monitoring of the content on digital platforms, through initiatives like the Christchurch Call to Action; a plan adopted by the European Commission to track and remove the content published online by extremist groups. The strategy also seeks the commitment of governments and organizations to take responsibility, and the necessary measures online, when it comes to extremist discourse.

The lecturer outlined the risks posed by the Muslim Brotherhood in Europe, which seeks to build parallel communities. He pointed out that European Union states, in general, still allow the group to conduct its activities, without listing it as a terrorist organization. Intelligence services in these countries constantly warn of the threat the group poses, and its attempts to influence daily life in Europe. Parliaments have also strived to expose the group’s true activities and framework, in order to inform the public about its two-sided discourse and devastating intentions.

The lecturer referred to a report issued by the German intelligence service that warned the Muslim Brotherhood is even more dangerous than ISIS or Al-Qaeda, as its method of infiltrating societies is based on ideological political action. The Brotherhood also possesses all of the elements needed to wield influence in these societies, mainly funding. The group carries out its activities in Europe under entities with different names, mostly of a societal nature, and has various facades to manage funds that allow it to invest in areas of wide impact. The group is also able to circumvent laws and regulations, avoiding legal accountability.

The lecturer detailed the main methods employed by the Muslim Brotherhood to infiltrate European society; mainly by taking advantage of waves of refugees and illegal immigration, providing financial, legal, social and cultural assistance to refugees and immigrants. The group’s volunteers and personnel visit refugee centers and immigration camps to meet with people there in a bid to attract them to mosques and cultural centers used as bases to propagate the group’s ideology. In this way, it expands its presence in various parts of European society. The lecturer explained that the Muslim Brotherhood group does not follow a clear organizational structure in Europe; recruited members within a specific part of the organization or its structure are not officially registered. The group avoids a transparent structure, as this would mean revealing the reality of the organization, and exposing its organizers to legal accountability.