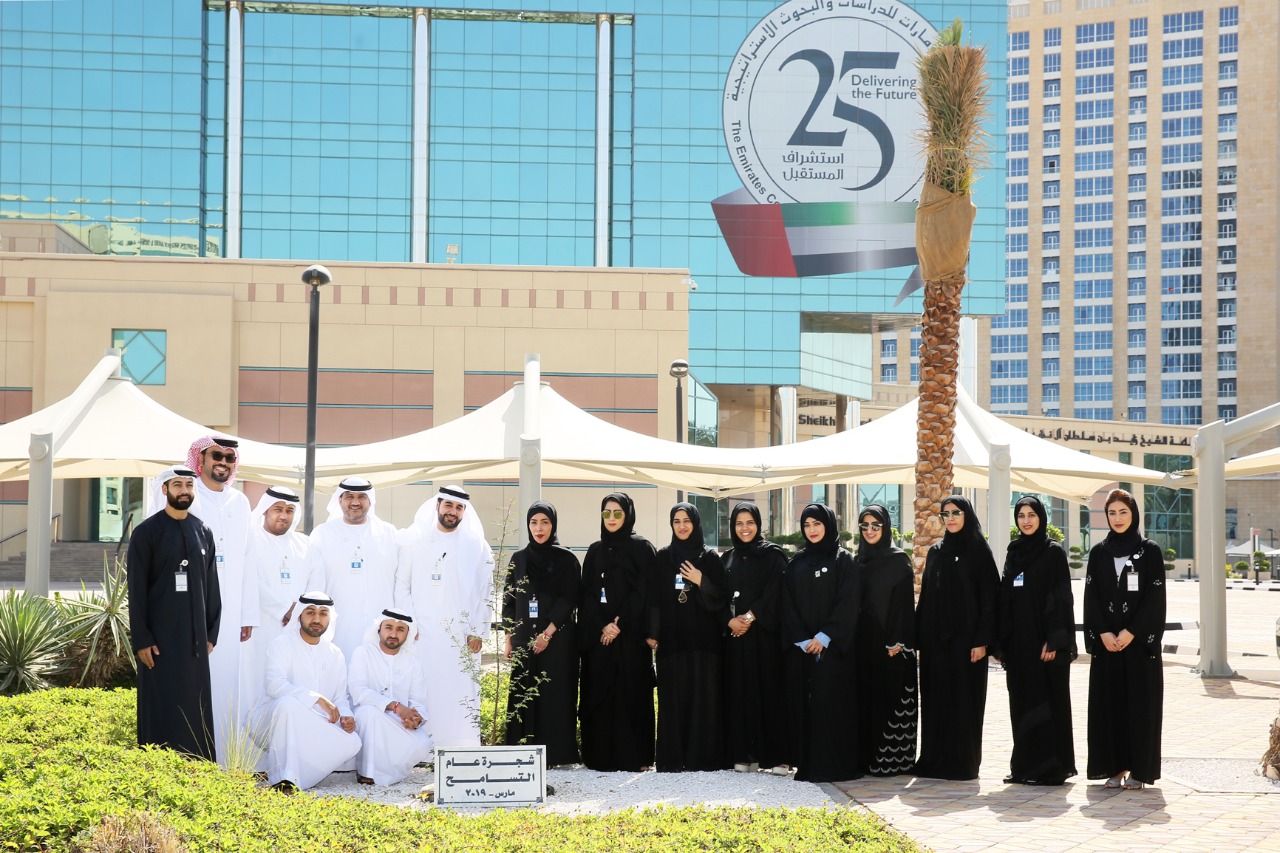 On Monday, March 4, 2019, employees from the Emirates Center for Strategic Studies and Research (ECSSR) planted a Ghaf tree inside the premises of the Center, as part of the its celebrations of the Year of Tolerance.

The Year of Tolerance was announced by His Highness Sheikh Khalifa bin Zayed Al Nahyan, the President of the United Arab Emirates (May God Protect Him) in order to consolidate the values of tolerance.

The Ghaf tree has been chosen as the symbol of the Year of Tolerance. It is indigenous to the UAE. It  represents the original values of the parents and grandparents who used to sit under its shadow. It also represents the values and feelings of tolerance and coexistence.

On this occasion, His Excellency Prof. Jamal Sanad Al-Suwaidi, Director General of the ECSSR, said that the planting of the Ghaf tree is an affirmation of the original values ​​and meanings of this tree in the United Arab Emirates. This tree represented stability for our fathers and grandfathers. In the middle of the desert, people would gather and consult on life matters under the trees’ shadows.

His Excellency said that the selection of the Ghaf tree to be a major component of the theme of the “Year of Tolerance” confirms that this tree symbolizes steadfastness and coexistence in the desert and that the tree has great cultural value ​​in the history and heritage of the UAE.

The ECSSR also planted the Ghaf tree as part of the its participation in the activities of Plantation Week, which is being observed from March 1 to 5.

The Ghaf tree is one of the wild trees that bear extreme temperatures and drought. It grows in many places in the United Arab Emirates and it can reach up to 10 meters high. It also can endure high salinity and harsh weather conditions. It can be planted in sandy soils, where its roots can grow deep looking for groundwater. While its surface roots absorb soil moisture in addition to rainwater,  which in the UAE falls rapidly and for short periods.