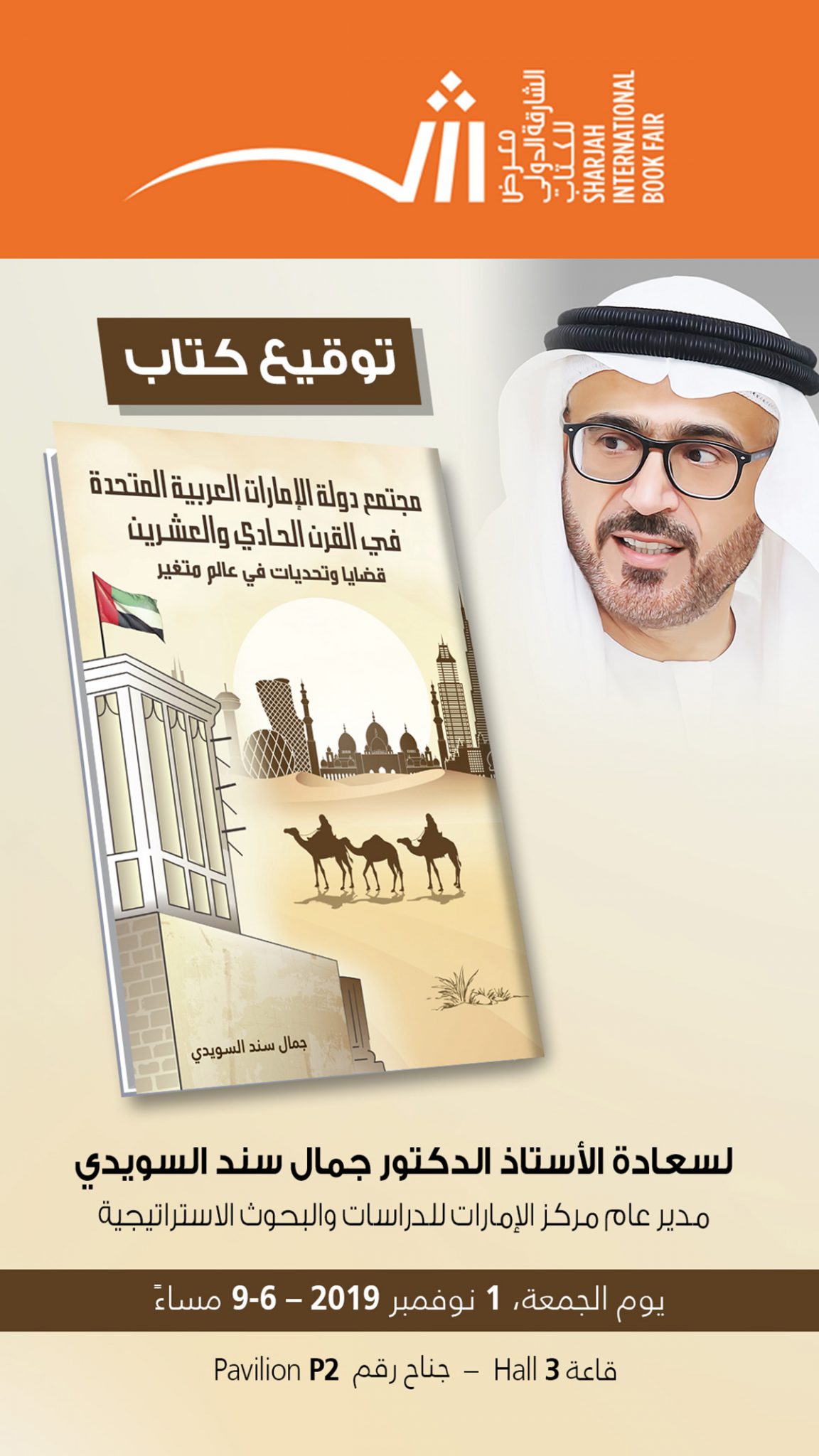 The Emirates Center for Strategic Studies and Research (ECSSR) is taking part in Sharjah International Book Fair 2019, held from Wednesday October 30 until Saturday November 9, at Expo Centre Sharjah. This is in line with the ECSSR’s policy of encouraging reading in order to see it become a prevailing social culture in the UAE. The Center also strives to engage with intellectuals, researchers and readers visiting the exhibition, which is a cultural platform that contributes to expanding the publishing landscape, enriching the value of reading and enhancing its position among UAE, Arab and international readers. On this occasion, the ECSSR is pleased to announce a 50 percent discount on all its publications.

The ECSSR’s participation in Sharjah International Book Fair 2019 stems from its belief in the importance of taking part in cultural events throughout the UAE, and especially Sharjah International Book Fair, which is considered an important cultural landmark in the UAE and the Arab world. In recent years, the exhibition has attracted pioneers of thought, culture, literature and media, and has become a feature of the UAE’s cultural and intellectual renaissance.

During the book fair, H.E. Prof. Jamal Sanad Al-Suwaidi, Director General of the ECSSR, will sign his book United Arab Emirates Society in the Twenty-first Century: Issues and Challenges in a Changing World. The event will take place on, Friday, November 1, 2019, from 6pm to 9pm at the ECSSR pavilion (P2) in Hall 3. The book is of great importance as it examines major transformations in an ever-changing world, from a comprehensive perspective that encompasses political, security, economic, social, cultural and technological aspects. Its subject matter also extends to issues of national security, at the forefront of which is social security, which is one of the most critical aspects of national security in its comprehensive sense. Furthermore, social security is closely associated with all other political, economic and cultural aspects of national security.

The Center is participating in this year’s book fair with a variety of its publications, including Women and Development, which is the latest cultural and scholarly work from Prof. Al-Suwaidi. In this book, His Excellency touches on the challenges related to women’s issues and their role in development, as well as the significance and advancement of the role of women in the development process. The book also explores the development that GCC countries, and particularly the UAE, have witnessed in women’s empowerment and in enhancing their development role and status. In addition to Women and Development, the Center is presenting an extensive list of titles, including With United Strength: H.H. Shaikh Zayid Bin Sultan Al Nahyan, the Leader and the Nation, in its 8th edition; Mohamed bin Zayed and Education, which highlights the insightful vision of His Highness Sheikh Mohamed bin Zayed Al Nahyan, Crown Prince of Abu Dhabi and Deputy Supreme Commander of the UAE Armed Forces (may God protect him), for developing the education sector in the UAE; and, Events that Changed History, by H.E. Prof. Jamal Sanad Al-Suwaidi. This is in addition to many other books, series and periodicals that the Center has published over the past twenty-five years.