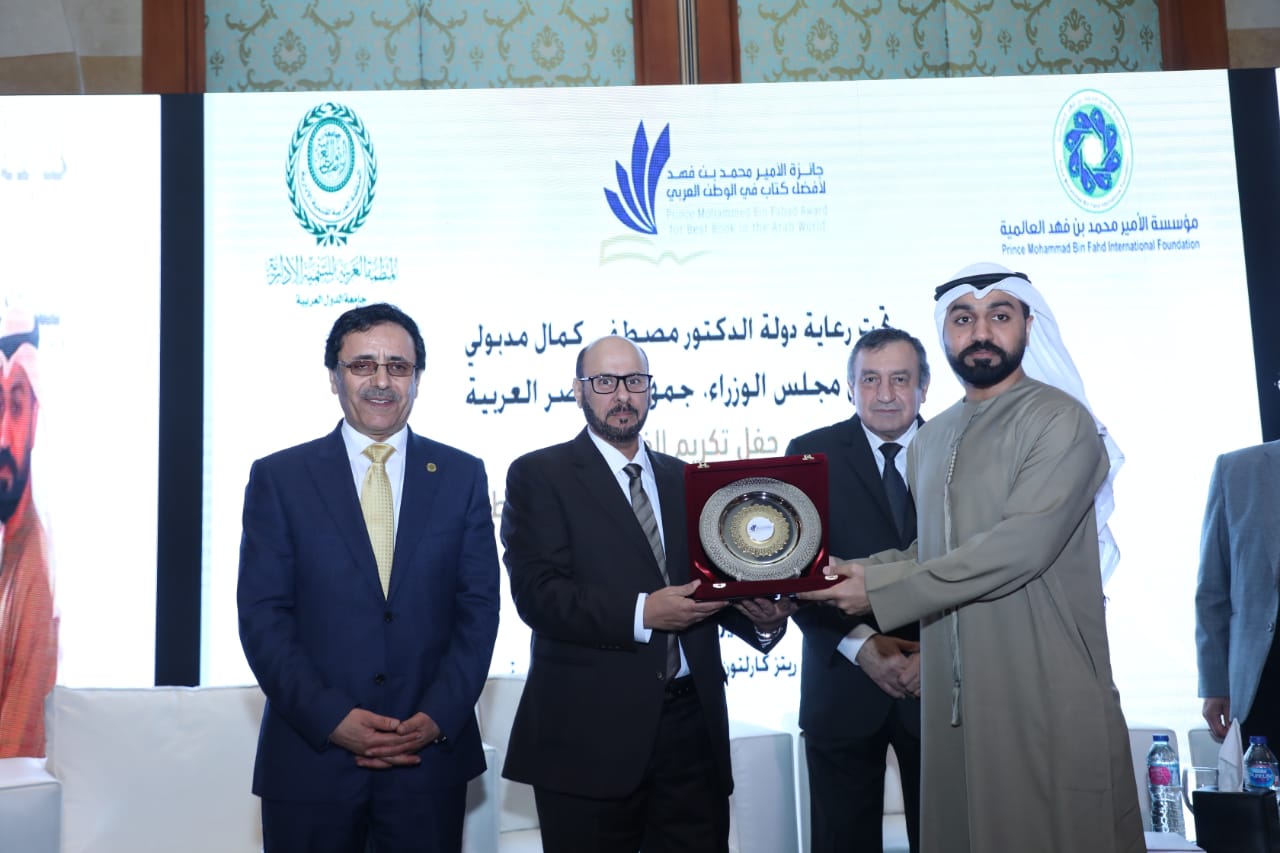 His Excellency Professor Jamal Sanad Al-Suwaidi, Director General of the Emirates Center for Strategic Studies and Research (ECSSR), expressed his pride and pleasure at the ECSSR being awarded the ‘Mohammed bin Fahd Best Book in the Arab World Award’ in the Publishers’ category. The award was given for the book, UAE: Between Instilling Identity and Strengthening Belonging, while its author, Dr. Suaad Al-Oraimi, also won in the Best Author category.

Speaking after the ECSSR and Dr. Al-Oraimi were honored at the award ceremony, His Excellency described the accolade as a valuable new addition to the ECSSR’s impressive roster of local, regional and international achievements. The award also recognizes the active and influential role the Center plays in supporting cultural and scholarly spheres, whether in the United Arab Emirates (UAE), the Arab region or the world. This is demonstrated by the many significant studies, research papers and books published by the ECSSR, which examine various fields of science and knowledge, and respond to the latest developments in science. The ECSSR also organizes conferences, symposia and lectures, during which prominent cultural and political figures exchange knowledge and opinions on a variety of strategic issues.

His Excellency explained that the ECSSR seeks to provide decision-makers with sound academic opinion, serve the community and raise public awareness, developing policies and designing strategies that serve the Sustainable Development Goals. This is in addition to other efforts, such as ensuring the regional and international community are aware of the UAE’s history and renaissance. The Center highlights the most important milestones and achievements that have seen the UAE become a role model of civilization, transforming great ambition into a day-to-day reality that nurtures its people and brings them happiness.

His Excellency expressed his utmost thanks and appreciation to the Arab Administrative Development Organization and the Prince Mohammad Bin Fahd Program for Youth Development for their efforts in support of creativity, innovators and intellectuals across the Arab world, and their appreciation of distinguished contributions in this field. This has encouraged cultural and literary production, spurring authors to enrich the Arabic library, and has enhanced the presence of Arabic works in libraries, across all areas of knowledge.

The Arab Administrative Development Organization and Prince Mohammad Bin Fahd Program for Youth Development organized the ceremony on Tuesday, February 25, 2020, to honor the winners of the Mohammed bin Fahd Best Book in the Arab World Award at the organization’s headquarters in Cairo, Egypt.