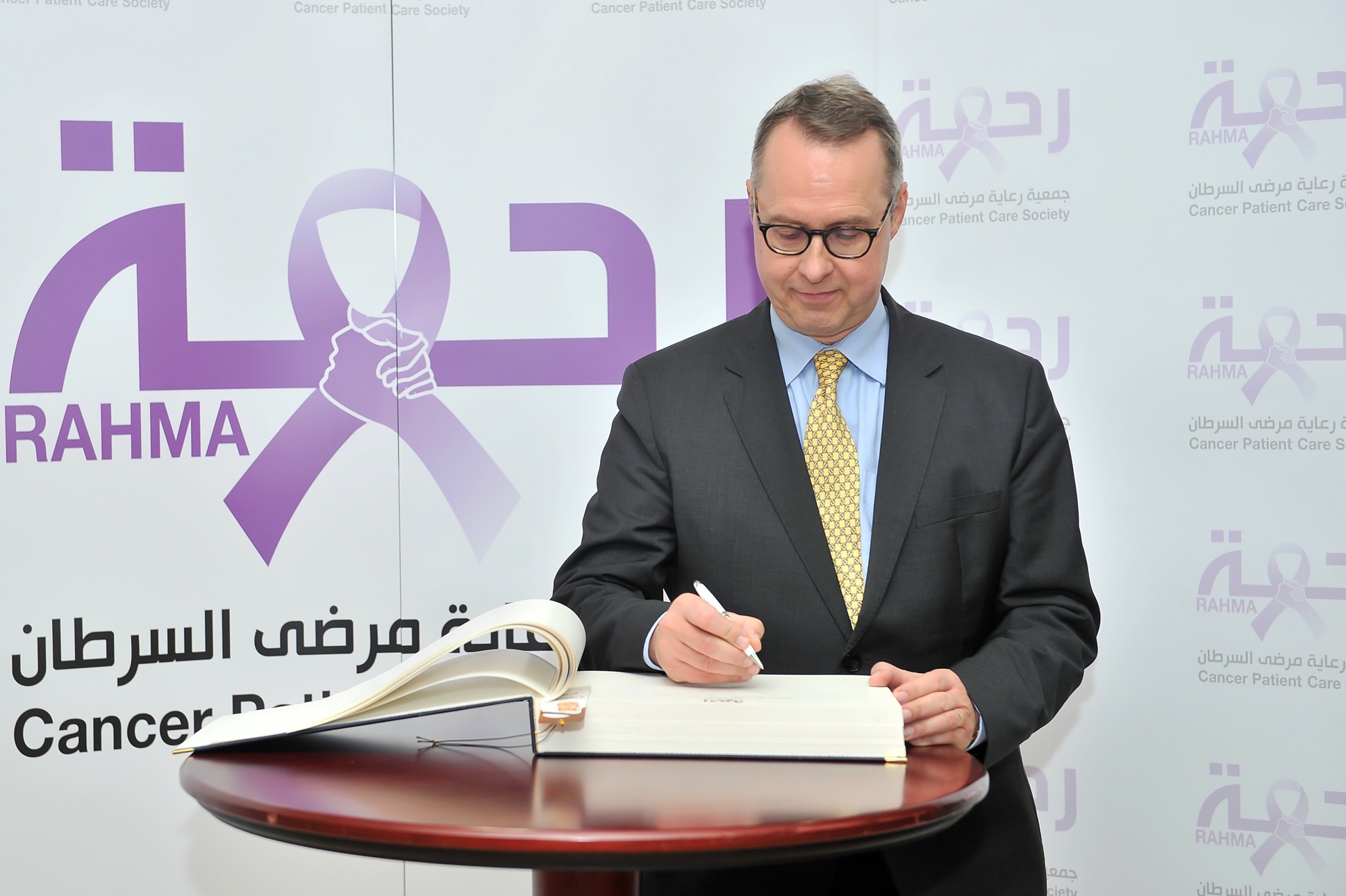 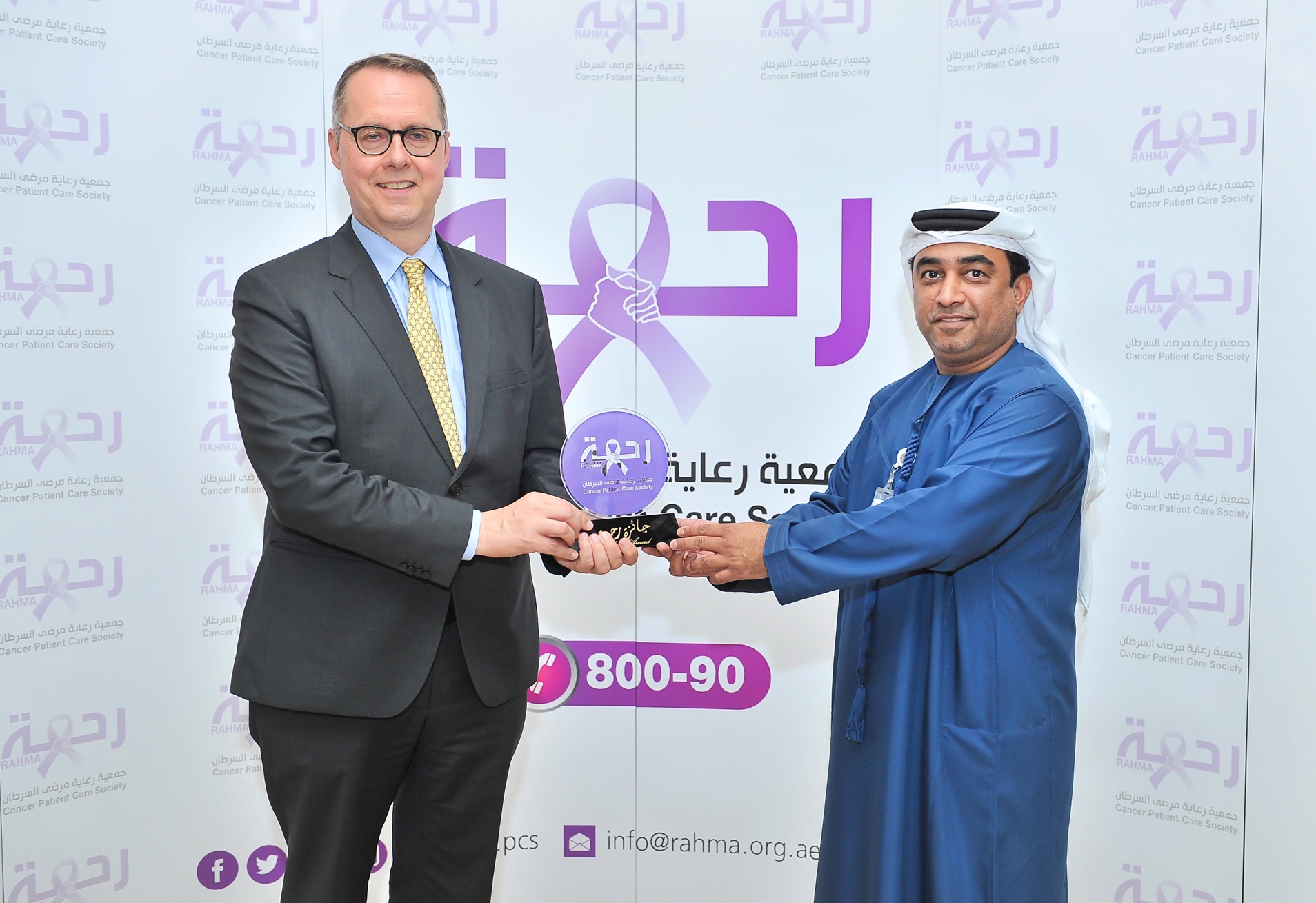 H.E. Ernst Peter Fischer, Ambassador of the Federal Republic of Germany to the UAE, visited Cancer Patient Care Society-Rahma in Abu Dhabi on Wednesday, January 22, 2020. His Excellency was given an introduction to the Society’s activities, which include providing financial and moral support for cancer patientsto alleviate their suffering and help them fight the disease. He also learned about the Society’s work to educate the public on cancer prevention. During his visit, the ambassador applauded Rahma’s achievements, under the chairmanship of H.E. Prof. Jamal Sanad Al-Suwaidi, Director General of the Emirates Center for Strategic Studies and Research (ECSSR), and Chairman of the Board of Rahma. H.E. Fischer praised the Society’s efforts to raise community awareness of cancer and the preventative measures through lectures and events that provide valuable advice to help protect against the disease.

Mr. Abdullah Salem Al Kaabi, Director General of Rahma, explained the Society’s objectives, operational mechanisms, activities and events. He also outlined the financial assistance Rahma has given to help treat cancer patients, and touched on some of the challenges it encounters. Mr. Al Kaabi presented Rahma’s shield to the ambassador, in recognition of His Excellency’s support and donation to Rahma, which will help in its charitable work.

Mr. Al Kaabi pointed out that Rahma has given AED5.3 million to 206 patients since it was established, and explained that the Society is keen to increase the amount of financial assistance it gives to reach a greater number of patients. Rahma has accelerated efforts to motivate society to donate and there are now several ways to make donations, including on the Rahma website and through its bank account.

Mr. Al Kaabi also described the moral support activities Rahma offers to cancer patients, and to those who have recovered from the disease. Proven to have positive benefits, these activities include dialogue sessions held by social workers that bring together cancer patients and cancer survivors. During these uplifting meetings those who have recovered from cancer share their experiences to raise the morale of patients currently fighting the disease.

At the end of his visit, the ambassador expressed his appreciation for the hard work carried out by Cancer Patient Care Society-Rahma, in particular, supporting cancer patients and serving the community. He highlighted the importance of humanitarian institutions that promote a culture of solidarity and motivate society to take part in charity work.