Future jobs and the importance of developing the local workforce 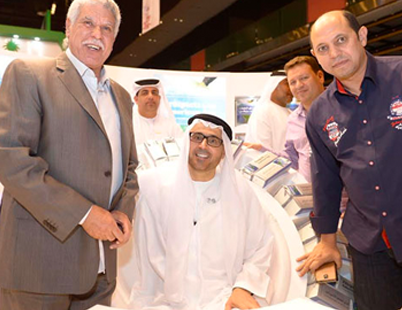 To plan for the future, one must properly prepare and qualify the youth, equipping them with the expertise and skills that enable them to adapt to the rapid global changes taking place in all fields of development and knowledge. This conclusion is not a scientific discovery or the invention of a new developmental philosophy. It is instead an established fact that humanity has known for many years, with its validity proven by all the modern development and advancement experiences in the world. It is an undisputed fact that everyone agrees with. However, what distinguishes the rising and dynamic nations from the stagnant and unprogressive ones is a true commitment to this fact and a translation of it into plans, strategies, and policies that invest in the youth and prepare them to deal with the requirements of the future.

Above all, this involves looking forward to the future and trying to anticipate how it will appear. This will help us prepare our children to appropriately deal with the future and avoid viewing it as a matter of fate that cannot be predicted. In fact, looking forward to the future has become an independent discipline with its own rules, institutes, and specialised academies that interpret indicators and signs to draw findings and general principles to explain and forecast new developments in the different fields. Unfortunately, academic and educational institutions in the Arab world have fallen short of giving futures studies the status it deserves. Therefore, the ECSSR’s 23rd Annual Conference, which took place from March 20- 21, 2018, under the title “Futures Studies,” was an opportunity to enhance awareness about these issues and the importance of focusing on the future in general.

In this context, the future of jobs is closely related to two important and interconnected issues. First is the issue of developing and advancing the local workforce and enabling access to the labour market by ensuring educational output meets the actual needs of the UAE labour market.

The second issue is concerned with the nature of future economies, which sectors within them will be dominant, and the effectiveness and efficiency of the existing education and training systems in adapting to them and meeting the needs of the local workforce. Based on the saying that the beginnings determine the ultimate end, an observation of the global economic environment shows that the world is experiencing the age of the knowledge-based economy. In this, knowledge and modern technology are being employed to create and develop innovative and creative products, services, and economic activities that ensure the consolidation of the national wealth and the sustainability of development and prosperity.

In today’s world, knowledge has become the main source of wealth. The information technology companies top the list of the most successful international firms in terms of market value. Innovative and creative ideas have become the most precious resources that countries and societies possess. These ideas represent the only means of triggering radical changes in the economic environment and advancing societies, companies, and institutions from one development level to the next.

In the last two decades, the world economy has made great leaps in moving from a conventional to a knowledge-based economy. In parallel, global labour markets have witnessed a significant transformation in the nature of jobs; with economies increasingly needing work skills that depend on knowledge, thinking, harnessing innovative and creative abilities, and information technology, much more than reliance on physical labour. According to a study conducted by McKinsey & Company in May 2017 titled “Technology, Jobs, and the Future of Work,” one third of the new jobs created in the USA in the past 25 years were related to IT development, hardware manufacturing, application creation, or IT systems management. Meanwhile in France, the internet has eradicated 500,000 jobs in the past 15 years, yet at the same time has created 1.2 million others — a net addition of 700,000 jobs.

According to a report by the World Bank in September 2013 titled “Connecting to Work: How ICTs Are Expanding Job Opportunities Worldwide,” the information technology sector employed about 14 million people across the world in 2011, up 6 per cent from 2010. The mobile application sector alone created about 466,000 jobs.

Thus, information and communication technology (ICT) has offered a new domain for creating job opportunities, not only through direct or indirect employment in this sector, but also by providing mechanisms and means that have facilitated the hiring process by connecting employers and job seekers — a matter that has provided workers and employees with millions of available jobs. In turn, this technology and knowledge revolution has created great challenges for new workers and employees who are unprepared to deal with such developments, increasing their levels of unemployment, especially in sectors that have witnessed a growing trend toward automation.

All of the current studies and developments indicate that the global trend toward the knowledge-based economy will increase in the future. The world is likely to witness great strides across all sectors of the knowledge-based economy, especially in ICT areas such as the internet of things, big-data processing, artificial intelligence (AI), robotics, and 3D printing. Many other areas and developments will have great effects on the workforce and hiring processes, especially in light of the increasing global trend toward the automation of jobs. A report by the University of Oxford, issued in January 2016, indicates that 57 per cent of jobs in the Organisation for Economic Cooperation and Development (OECD) countries are threatened by automation. This number rises to 69 per cent in India, 77 per cent in China, and 47 per cent in the United States. The previously mentioned report by McKinsey & Company shows that the current global trends in the field of automation could affect 50 per cent of the world economy — about 1.2 billion employees in the future — and that about 60 per cent of all jobs have at least 30 per cnet of tasks that feasibly could be automated.

Moreover, serious academic studies emphasise that many current jobs will no longer exist in the future. In his article titled “Governments Must Be Engines of Innovation,” published on February 4, 2015, His Highness Shaikh Mohammad Bin Rashid Al Maktoum, Vice-President and Prime Minister of the UAE and Ruler of Dubai, referred to certain studies that indicate that 65 per cent of children in primary school will grow up to work in jobs that do not exist today. These estimations have been backed up by numerous international reports and studies that predict technology will change future jobs and AI machines will replace humans in conducting many tasks.

In this regard, there are concerns about the potential increase in global unemployment rates and the resulting security, social, and political tensions that could threaten world stability, especially in the countries and regions with high population densities. These concerns, however, might be mitigated by the fact that the knowledge and technology revolution will create many job opportunities in the relevant sectors, as it is the case for the ICT revolution. The sectors that could attract the labour force and create job opportunities in the future include the information technology sector and industrial sector, most notably high-technology industries such as robotics, self-driving cars, and 3D printing.

To be able to adapt to these future advances and meet the needs of the future job market, there is a set of fundamental skills that needs to be taught to the new generations so that they can gain a foothold in an ever-changing world. These skills not only focus on acquiring new knowledge, but also, and more importantly, on critical thinking, creativity, innovation, problem-solving, collaboration, decision-making and personnel administration, service orientation, negotiation, and cognitive flexibility. Additionally, there are further skills mentioned in the 2016 World Economic Forum report “The Future of Jobs.” Moreover, it is necessary to comprehensively reconsider the current methods of instruction, training, and qualification, which are probably no longer appropriate to future jobs, while exerting greater efforts to retrain current teachers in different sectors so that they acquire the necessary skills for the future job market. This is indeed a great challenge to countries and governments. However, there is no option but to face it sooner rather than later, because the process of change in this domain is faster than many can imagine.

It is gratifying to note that Almighty God has blessed the UAE with a wise leadership that is aware of the ongoing developments and changes taking place in the world. Our leadership possesses a conscious and profound vision that keeps pace with the developed world in a bid to anticipate the future, devise suitable plans to adapt to it, and ensure a leading position in it. This has been amply demonstrated through a series of initiatives launched by the wise leaders to prepare the UAE and its people for the upcoming knowledge and technology revolution. The most notable of these is the UAE Strategy for the Fourth Industrial Revolution, which is considered a fundamental starting point toward investment in the future sectors based on AI, robotics, cloud computing, 3D printing, and the internet of things. There are also efforts to accord greater importance to education and training issues in order to ensure future Emirati generations possess the skills and capabilities to cope with the upcoming knowledge revolution.

Dr Jamal Sanad Al Suwaidi is a UAE author and Director-General of the Emirates Centre for Strategic Studies and Research.