This year marks the 70th anniversary of the founding of the People’s Republic of China. It is also the 70th year of the Communist Party of China’s (CPC) governance of the country. During the past seven decades, the Party has united the Chinese people and led them on a path of socialism with Chinese characteristics. The Chinese nation, through its notable achievements, has risen to become rich and strong, resulting in the international community paying great attention to the CPC’s successful method of governance. Presenting an overview of the CPC’s achievements during the past seventy years, H.E. Hu Heping will also reveal the secret to the Party’s success. He will focus on the historical context, key content and significance of the Fourth Plenary Session of the 19th Central Committee of the CPC, an important conference held at the end of October 2019. H.E. Heping will also offer a brief introduction into China’s policy to pursue closer Sino-UAE ties, taking a particular look at the current situation and prospects for cooperation between both nations on the Belt and Road Initiative. H.E. Heping also looks forward to raising awareness among Emirati society regarding China and the CPC, in order to further strengthen the exchange of ideas and mutual learning between the two countries. 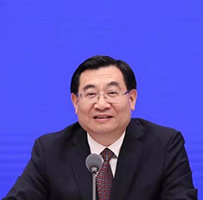