The development experiences of South Korea and Singapore are considered successful cases regionally and internationally. Although both countries do not possess abundant natural resources, they have become among the top economies in the world in terms of growth and development. Moreover, both showed significant expertise in facing the major economic crises of recent years. This confirms that they both possess the means and mechanisms to effectively handle any unforeseen economic crisis.

The success of the development experiences in these two countries did not come out of the blue; rather, it is the product of integrated comprehensive visions and strategies that focus on investment in the human capital as the pillar and objective of development. Both countries believed early on that the human being is the real wealth and basis for any success in the field of development. Therefore, they have both allocated a major proportion of their budgets toward building and qualifying human beings to be able to take part in the development process.

To that end, South Korea and Singapore have focused their efforts on investment in education as the real engine toward development and progress. While South Korea concentrated on technical, vocational and technological education, Singapore focused mainly on the sciences and the technical specializations needed in the labor market. Both countries are admired for their success in the localization of advanced technology. They have both recognized that localization of technology and incorporating its variety of sciences, not merely copying technology, represent a key factor in the process toward the ranks of advanced nations. Moreover, both countries have adopted a set of brave economic reforms to fix structural problems. Such reforms have enabled them to absorb the negative impacts of the economic crises that the world has faced in the past few years.

The UAE seeks to benefit from the pioneering development experiences on the regional and international arenas. It has recognized that the transition to the post-oil era requires being open to the successful experiences of other nations, such as South Korea and Singapore, and learning from the lessons offered by these two cases in building a sustainable national economy. Most important is the part related to the development of the education system in order to ensure that it meets the needs of the labor market. Other experiences to draw on include investing in specific sectors that rely on a knowledge-based economy, preparing for the Fourth Industrial Revolution era and creating a scientific, knowledge-based environment which is conducive to the localization of advanced technology to ensure sustainable growth and development. 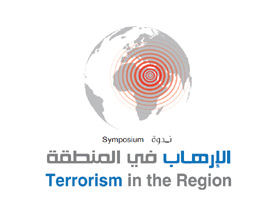