On Tuesday (1 September 2015), the Emirates Center for Strategic Studies and Research (ECSSR) organized a symposium named the ‘Storm-of-Thought’ alliance. Held in the Sheikh Zayed bin Sultan Al Nahyan Hall at the ECSSR office complex in Abu Dhabi, the symposium was attended by elite group of researchers, intellectuals, academics, and representatives of think-tanks in several Arab countries.

The symposium began with His Excellency Dr. Jamal Sanad Al-Suwaidi, Director General of the ECSSR, delivering welcoming remarks in which he stressed that think-tanks play a vital role in the progress of nations and societies, especially in times of crises such as the one facing the Gulf region, the Middle East, and the whole world. He said that extremism and terrorism are spreading and think-tanks should play an active role in tackling these challenges through scholarly work that present clear alternatives for decision makers to draw effective policies.

H.E. Dr. Jamal Al-Suwaidi said that the ‘Storm-of-Thought’ initiative – which was launched by the ECSSR in May 2015 – is meant to build an alliance of Gulf and Arab think-tanks to support decision makers in Gulf and Arab countries, helping them face security challenges in these countries and the region. He said that the ECSSR will make all efforts possible to ensure its success and will be willing to assist other think-tanks taking part in this initiative.

The welcoming remarks were followed by discussions on the five topics that were part of the agenda: 1) Arab-Regional Relations: Turkey, Iran, Pakistan and Israel; 2) Arab-International Relations: United States of America, Russia, European Union, China and India; 3) The Future of the Cooperation Council for Arab States of the Gulf; 4) The Nation-State in the Arab Region: Factors of Unity and Disintegration; and 5) The Future of Political Islam.

The symposium concluded with an open discussion chaired by H.E. Dr. Jamal Sanad Al-Suwaidi, Director General of the ECSSR. This was followed by reading out of the closing statement, which called for discussions on the declaration of the charter of cooperation between Arab studies and research centers, the development and promotion of research and scientific cooperation between Arab studies and research centers, and exchange of experience and expertise between them.

The closing statement also included agreement to the proposal put forward by the Bahraini delegation that the second session of the ‘Storm-of-Thought’ symposium be hosted by the Isa Cultural Center in Bahrain in March 2016. 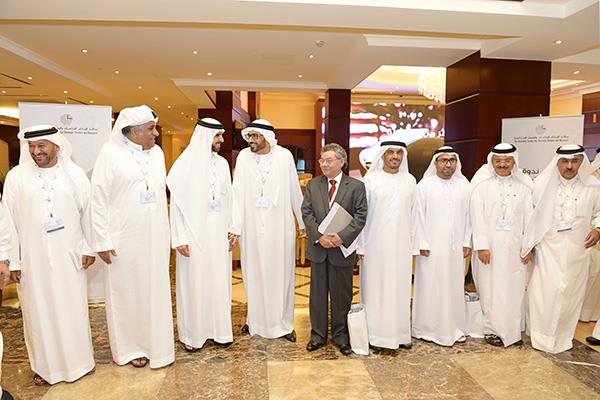