Security in the Arabian Gulf

Panel I of the symposium titled ‘The Global Context’ was chaired by Maj. Gen. Khalid Al Buainain, Former Chief, UAE Air Force and President of Institute for Near East and Gulf Military Analysis (INEGMA), UAE. The first speaker of the panel was Dr. Mohammed bin Huwaidin, Chair of the Department of Political Science, UAE University, whose lecture was titled: ‘International Alignments and their Influence on the Arabian Gulf.’ Professor Pan Guang, Vice Chairman of Shanghai Center for International Studies, People’s Republic of China spoke on ‘China-GCC Relations,’ followed by Mr. David Ignatius, Foreign Affairs Columnist, The Washington Post, United States of America who shed light on ‘USA-GCC Relations.’ The concluding lecture of Panel I was delivered by Professor Alexey Vasiliev from the Institute of African Studies, The Russian Academy of Sciences, Russian Federation, on ‘Russia-GCC Relations’.

Day Two deliberations at the symposium commenced with presentations under the Panel III title: ‘The Domestic Dimension.’ This panel was chaired by Dr. Abdel Redha Al-Assiri (Dean, College of Social Sciences, Kuwait University, Kuwait). The first presentation of this panel was given by Dr. Abd Al-Hamid Al-Ansari, Former Dean of Islamic Law, Qatar University, Qatar on the title, ‘Extremism and its Causes’. ‘Demographics’ was the title of the Panel’s second lecture delivered by Dr. Yacoub Al Kandari, Director of Center of Gulf & Arabian Peninsula Studies (CGAPS), Kuwait University, Kuwait. The last lecture in this panel was delivered by Dr. Asaad Al Shamlan, Director of European Studies Center, Institute of Diplomatic Studies, Kingdom of Saudi Arabia on the topic, ‘Intra-Gulf Relations’.

Panel IV of the symposium was titled ‘Looking Ahead’ which was chaired by Dr. Anthony Cordesman, Alreigh A. Burke Chair in Strategy, Center for Strategic and International studies, United States of America. The first lecture in this panel wias delivered by Dr. Ebtesam Al-Ketbi, Chairwoman of Emirates Policy Center, United Arab Emirates on the title: “Building a Sustainable Security Architecture in the Arabian Gulf’. ‘The Future Role of the GCC’ was the topic of presentation given by Dr. Abdullah Al Shayji, Chairman of Political Science Department, Kuwait University. The concluding lecture of Panel IV titled ‘Future Challenges’ was delivered by Amb. Richard Makepeace, Registrar of Oxford Center for Islamic Studies, Former UK Ambassador to the UAE, United Kingdom.

The symposium concluded with Closing Remarks delivered by Dr. Farhan Nizami, Director of Oxford Centre for Islamic Studies, United Kingdom and His Excellency Dr. Jamal Sanad Al-Suwaidi, the Director General of the Emirates Center for Strategic Studies and Research. 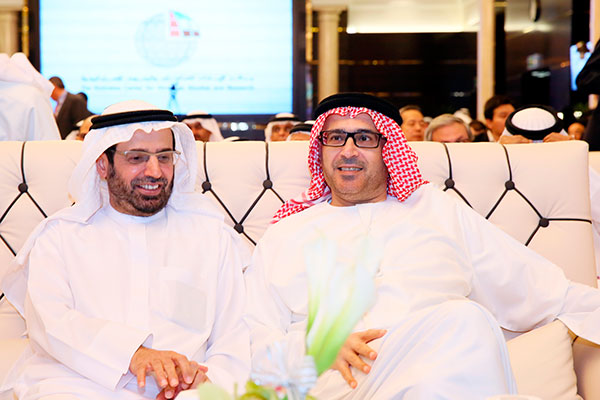