The Emirates Center for Strategic Studies and Research (ECSSR), in collaboration with the Ministry of Foreign Affairs in the United Arab Emirates, organized a Forum entitled “GCC-China Sustainable Development Forum,” on December 12, 2012 at the Sheikh Zayid bin Sultan Al Nahyan Hall at the ECSSR office complex in Abu Dhabi. 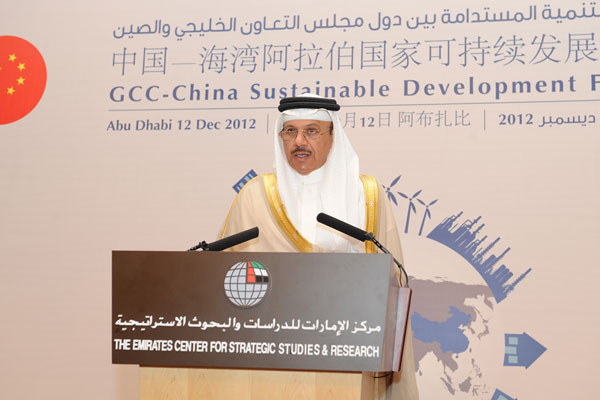