Under the auspices of H.H. General Sheikh Mohamed bin Zayed Al Nahyan, Crown Prince of Abu Dhabi, Deputy Supreme Commander of the UAE Armed Forces, and President of the Emirates Center for Strategic Studies and Research (ECSSR), the ECSSR hosted a symposium entitled “The Proliferation Security Initiative on Weapons of Mass Destruction, The Cracow Initiative,” held in conjunction with the Ministry of Foreign Affairs of the Republic of Poland.

The symposium addressed the origins and aims of the Proliferation Security Initiative (PSI) – also known as the Cracow Initiative – following its launch in May 2003 by US President George Bush in the Polish city of Cracow. The PSI is based on voluntary efforts made by the international community to prevent the spread of weapons of mass destruction (WMD) through the collective or individual interdiction of shipments and cargo by participating countries, within the legal framework of international law and United Nations Security Council resolutions.

The symposium began by outlining the origins and aims of the PSI, before evaluating the progress made in the past four years. The role of military exercises and the importance of law-enforcement agencies were addressed – especially in terms of their potential importance – as were practical PSI-related achievements since the establishment of the Initiative. 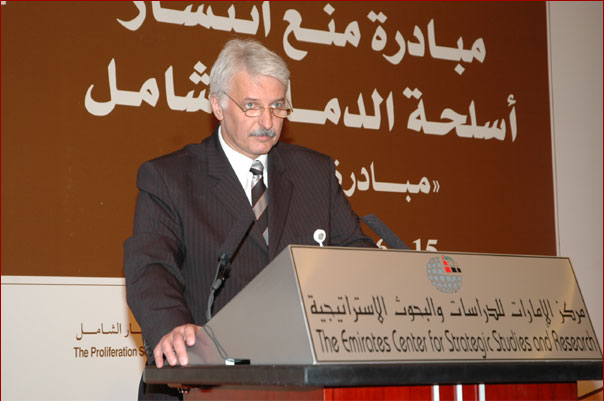