The UAE Federation: Past, Present and Future

This symposium analyzed and discussed the foundation of the UAE and the extraordinary efforts exerted by H.H. Sheikh Zayed bin Sultan Al Nahyan and H.H. Sheikh Rashid bin Saeed Al Maktoum from 1968 till the flag of the Federation was raised on December 2, 1971. The discussion shed light on the local, regional and international hurdles encountered in the course of founding the Federation and the efforts made to surmount them.

The discussion focused on the role of Sheikh Zayed as the Founder of the Federation and the man behind its renaissance as well as his vision of federal principles and objectives. It also outlined his endeavor to employ all the available and potential resources for the benefit of the people of the UAE. This created a unique relationship between him and his people, which was a major constituent in the success of the Federation.

The symposium also traced the experience of the media during the course of the Federation and its role in giving roots to national identity and projecting the real image of the UAE to the Arab world. It also raised several questions pertaining to the future of the UAE media.

The discussion covered the issue of national identity and the mechanism for preserving the UAE state structure in the context of globalization and tackling its obvious population imbalances. 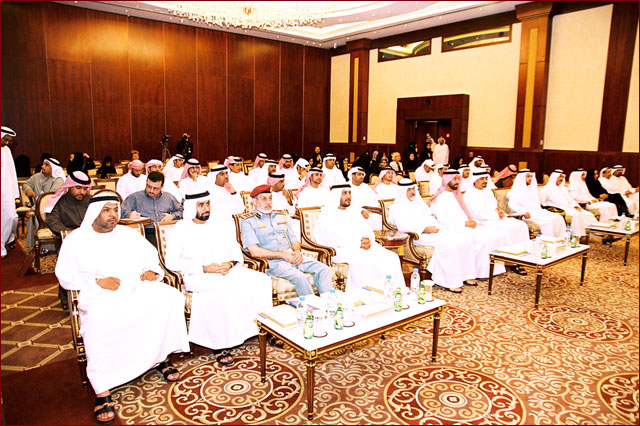