Emirati-Indian Relations in the Next Decade II

This symposium, held in Abu Dhabi from November 18-19, 2000, is the second part of the first symposium on Emirati-Indian Relations in the Next Decade I, held in New Delhi in Collaboration with the Institute for Defense Studies and Analyses.

This symposium discussed important issues for the Arab Gulf region, the Arab world, and India such as developments in the Middle East peace process, the latest events in the Occupied Territories, the Indian position on these developments and also the Indian stand vis-à-vis the Iran occupation of the three Emirati islands: Greater Tunb, Lesser Tunb, and Abu Musa. 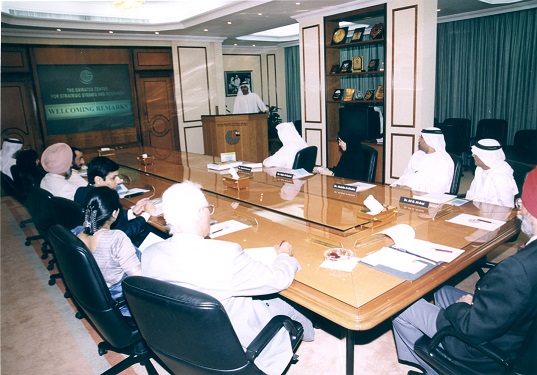