Arab Economic Cooperation: A Critical View from Outside Perspective

The lecture presented a critical analysis of inter-Arab economic cooperation, especially in relation to the buzz throughout the Arab world, and the Middle East in general, about the potential risks and new horizons for the distribution of roles as a result of the Arab–Israeli peace process. The speaker argued that the main issue at stake is whether the Arabs should accept Israel as a partner and as part of the region or unite against Israel in an attempt to defend their economies, culture and identity from Israeli political, economic and cultural permeation. An analysis of the opportunities and obstacles in relation to inter-Arab cooperation is of particular significance in this respect.
The speaker argued that when analyzing these issues, an external observer has the advantage of emotional, political and ideological impartiality, which enables him to look objectively at the events and issues in the region, disregarding what some consider established facts. Therefore, his take on economic cooperation in the Middle East intentionally did not account for other factors which, according to political discourse, should form the basis of this economic cooperation, such as the fact that all Arabs belong to one nation. Instead, he studied certain politico-economic aspects of cooperation in the Arab world in an attempt to examine socio-economic interaction between Arab countries and how economic and political factors limit the prospects of economic cooperation between Arab countries. The speaker concluded by presenting his remarks about the current debate regarding the “New Middle East.” 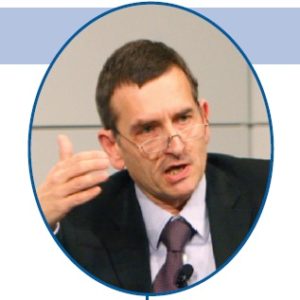