ECSSR EventTerrorism and the War on Terror: Impact on Muslim Countries
Lecture

Terrorism and the War on Terror: Impact on Muslim Countries

Terrorism and the War on Terror: Impact on Muslim Countries

The infiltration of radical ideologies and the conduct of the so-called “war on terror,” have wreaked havoc on Muslim countries and indeed Islam itself.  Certain Western ideologues have propagated a perception of Islam that depicts the religion as a symbol of terrorism and intolerance, which given the religion’s true peaceful and tolerant nature is clearly far removed from reality.

Events that have transpired over the past four decades in Afghanistan illustrate the destructive impact that the infiltration of foreign ideologies, terrorism, and the so-called war on terror has had upon peaceful and harmonious Muslim countries.

Afghan resistance to the Soviet invasion cultivated the spread of two distinct ideologies, namely: communism, promulgated by the Soviet Union; and radical religious doctrines that were advocated by supporters of the resistance. Both ideologies consequently desolated Afghan society and the country’s institutional framework.

The calls for jihad were answered by many who proceeded to join the fight against Communist infidels. However, the arrival of jihadis sponsored by the US and its allies prompted the rising threat of extremism and radicalism that the world is currently forced to contend with.
The withdrawal of the Soviet Union coupled with US disengagement left Afghanistan vulnerable to the designs of its neighbors and the influence of radicalism. Afghanistan's rich education and culture were left in ruins as swathes of Jihadis returned to their own countries and radical ideologies were spread to other corners of the Muslim world and beyond.

Terrorism and violence have severed both the ability to remain tolerant and  a general concern for the well-being of others. These virtues which represent the true essence of Islam have been replaced by rising fear at home and Islamophobia abroad. 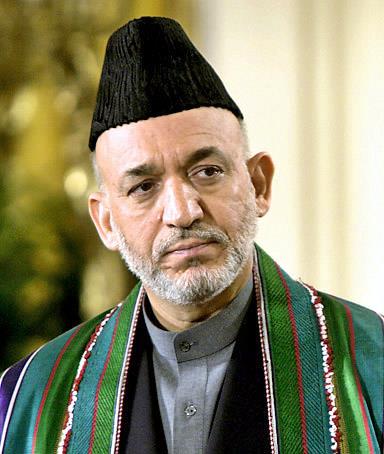 Former President of the Islamic Republic of Afghanistan (2001-2014)