The Lebanese National Dialogue: An Experiment Beyond External Mediation

The Lebanese National Dialogue: An Experiment Beyond External Mediation

The withdrawal of the Syrian military from Lebanon in 2005 placed unprecedented pressure on Lebanese leaders, as outside influences have always been present at the dialogue table due to Lebanon’s geographic location, sectarian structure and the affiliation of some of its groups to outside interests. The 2011 Arab uprisings and the ongoing Syrian quagmire have only added to the complexity of the situation. The issues dealt with at the dialogue table were mostly of regional nature, including a National Defense Strategy (NDS) for Lebanon, which requires a more conducive regional environment.

The Baabda Declaration, for example, an offshoot of the NDS that calls on Lebanon to follow positive neutrality and disassociation from the Syrian conflict, was short lived because of Hezbollah’s intervention in Syria on the side of the Syrian government. 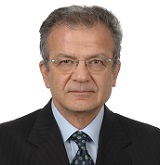