The Middle East is experiencing accelerated political, economic and strategic changes. The region is at the center of international powers’ conflicting policies and interests and is witnessing apparent changes in Arab-regional alliances as well as uncertainty regarding the future of domestic stability in some regional countries. Major international political changes – most notably America’s new administration in Washington, DC led by Donald Trump – are expected to affect interactions and developments in the region. Moreover, several regional countries are waiting to see the policies of the new administration in the Middle East. Alongside these transformations in the region, several regional and international economic and political changes since mid-2014 have led to volatility in competing energy markets due to increased oil production and supplies as well as a remarkable drop in oil prices. Consequently, experts in the field have been studying and analyzing the new variables on the global oil map to predict their effects on future oil and energy price trends.

As part of the continued interest of the Emirates Center for Strategic Studies and Research (ECSSR) in following up on developments regarding the regional and international energy map as well as discussing and analyzing them from political, economic and strategic perspectives, the ECSSR will present its 22nd Annual Conference entitled “The Future of the Region: Oil Price Challenges.” The conference will consist of four main panels that will discuss developments in the field of energy, taking into consideration the implications for the United Arab Emirates, the GCC states, the Arab countries and the world at large. The first panel, “Developments in the Region: Determinants and Challenges” will cover policies and interests of international powers in the Arab region, address the future of domestic stability in Arab states and explore the shifts in Arab-regional alliances. The second panel, “Administration of US President Donald Trump and the Future of US Policy in the Middle East” will shed light on US foreign policy under a Trump administration. This panel will explore future US–regional alliances in the Middle East, alongside Trump’s perspective on US–GCC relations as well as US policy concerning political Islam and religious extremism. The third panel, “Future Trends of Oil Prices and their Potential Impacts” will explore the policies of oil-producing states in light of these changes and the current and future role of OPEC in the global oil market. The conference will conclude with a panel discussion entitled “The UAE in Confronting an Unstable Regional Environment.” This panel will address the role of GCC states in maintaining regional stability, tackle the impacts of an unstable regional environment on development plans and domestic conditions in the GCC states and propose a strategy to protect Arab regional stability. 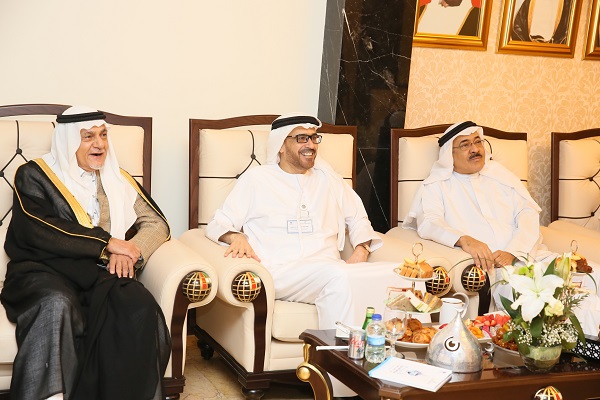