The youth embody nations’ aspirations. They are national assets who play an effective role in communities and whose immense energy drives the wheel of development and ensures its sustainability. They are the leaders of the future, with strong opinions, mature thinking, and the desire to positively impact all aspects of life in their countries, whether ideological, artistic, cultural, educational or political. The Gulf Cooperation Council (GCC) countries comprise one of the most youthful regions in the world today, a characteristic that will form the basis of their power in future. Hence, the question arises of how to enhance the capabilities of young people and enable them to contribute to the betterment of their societies and countries. Their effective participation is vital for achieving advancement, prosperity and stability.

The Twenty-first Annual Conference of the Emirates Center for Strategic Studies and Research (ECSSR), focused on the most important challenges and risks facing the youth, hence its title: “Youth and Development.” The Conference discussed the threat of extremist thought, the issue of identity and imported negative values alongside the causes of and remedies for youth unemployment. The Conference also discussed the role of educational institutions in youth development and knowledge building, the role of religious institutions in spreading moderate thought amongst youth to counter the delusion spread by extremist groups, and the role of digital and social media in serving the needs of youth development.

Further, the Conference addressed aspects of the role the youth play in national development, including: the importance of comprehensive political awareness amongst the youth for positive citizenship and community development; the role of young entrepreneurs in contributing to the development of the economic sector; and the youth’s leading role in innovation, creativity and distinction. The Conference presented select local, regional, and international examples of youth and development for benchmarking. The Conference concluded with a panel discussion featuring young people. They discussed how they see their role in development; how educational curricula contribute to preparing them for real participation in community development; and whether effective programs and policies exist to empower them politically, economically and socially. In addition, they addressed the reasons underlying the rise of extremist thought, along with means to face it, and their opinion of religious institutions’ counter-extremist discourse. The discussion also tackled the issue of youth identity, focusing on the balance between openness to the world and the preservation of cultural, religious and societal characteristics. 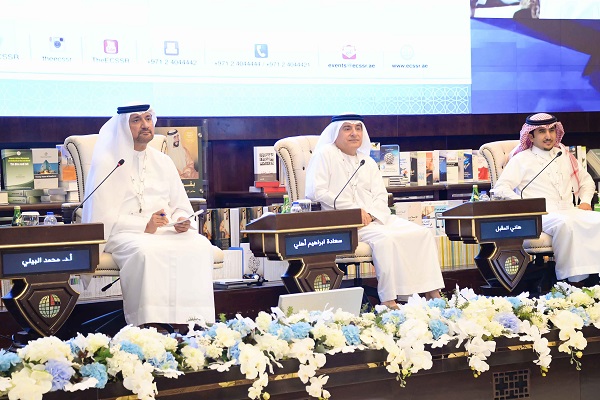