Forecasting future events and developments has become an imperative for all countries that aspire to advance and progress. In light of the current developments the world is witnessing at various levels and their subsequent effects, the ECSSR has embarked on a scientific predictive analysis of future developments as a primary step to turn current visions and ideas into clear and well-structured action plans. Based on the ECSSR’s firm belief in the importance of future studies at local and regional levels, its 16th Annual Conference will be held under the title: “Global Strategic Developments: A Futuristic Vision”.

The Conference will take place from 21–23 March 2011, under the generous patronage of His Highness General Sheikh Mohammed bin Zayed Al Nahyan, Crown Prince of Abu Dhabi, Deputy Supreme Commander of the UAE Armed Forces and President of the ECSSR. The Conference will contain five panels, in which 18 lectures will be delivered by various prominent experts, scholars, researchers and officials from the UAE, the Arabian Gulf and other countries.

On the first day the Conference will discuss the future of the global political system; unipolarism and superpower politics; the role of rising powers on the world stage; and the future of the United Nations and the Security Council.

On the second day the first panel will examine the future of military developments; the future of war; future military alliances; and offer a strategic vision to ensure Gulf security. The second panel will examine security challenges; the protection of vital installations; risk management; and the implications of the privatization of security on internal state safety and protection.

Former US Secretary of State 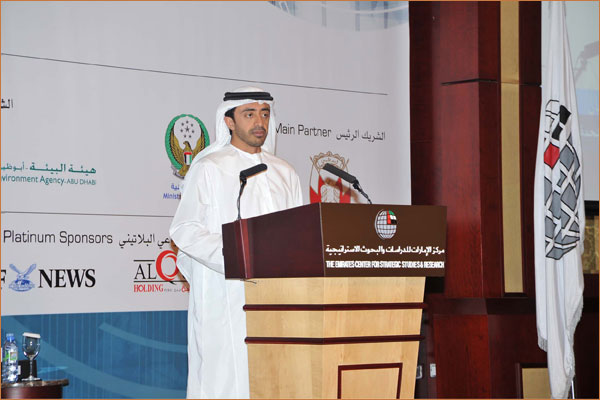