Focusing on various perspectives regarding military, strategic, social and economic issues, the Conference sought to analyze the repercussions of the deteriorating security in Iraq and the effects of the spreading instability within the region. Adding to the Iraqi security dilemma, the Gulf countries are also becoming increasingly concerned regarding the nuclear program of Iran and its intentions. As such, it has become evident that the countries within the Gulf are in dire need of reevaluating their security and strategic requirements. Building on the impact of the two unstable factors – Iran and Iraq – the proceedings of the Conference correspondingly addressed the role of external actors in ensuring Gulf stability, with particular focus on the United States, Europe and international organizations. As economic progress and development is intricately linked to security, the Conference assessed the GCC’s domestic economic and financial issues, such as economic diversification, inflation and financial regulation, in addition to the closer integration of the GCC countries with an increasingly globalized world. In the concluding dialogue of the Conference, the internal factors which affect the security of Gulf societies, including terrorism and demographics, were addressed. 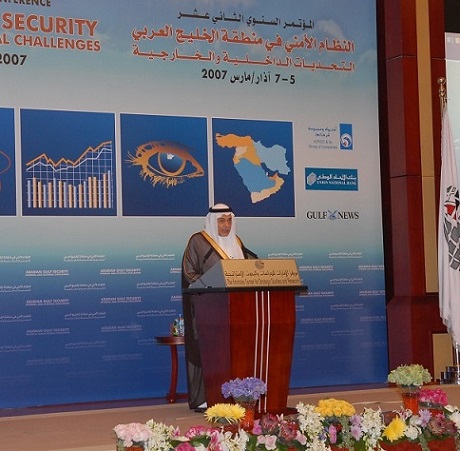