Under the auspices of His Highness Sheikh Mohamed bin Zayed Al Nahyan, Crown Prince of Abu Dhabi and Deputy Supreme Commander of the UAE Armed Forces (may God protect him), the Center hosted its Tenth Annual Conference, entitled “Arab Media in the Information Age.” The Conference continued the ongoing high-profile events of the ECSSR that involve regional and international decision makers, researchers, academics, and specialists, which serves to address the topics of growing importance and relevance to the Middle Eastern region. His Highness General Sheikh Mohamed bin Rashid Al Maktoum, Crown Prince of Dubai and UAE Minister of Defense, gave the keynote address.

Arab media has come of age in the last few years and has started to play a greater role in global developments and events, through Arabic-language satellite channels, the Internet, a growing number of newspapers and magazines with an increasing readership, and through greater awareness of the media,s influence. Arab media has also been influenced by external events and the process of globalization. It is this interaction between Arab media and global developments, with the influence of new technology, which was examined throughout the course of the conference, with a view to addressing similarities and differences between Arab and other media cultures. 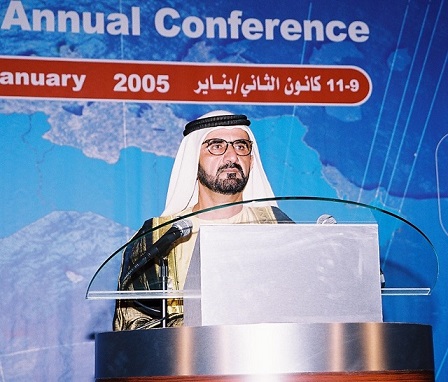