ECSSR Event2000: The Making of the Future
Annual Conference

ECSSR,s Fifth Annual Conference, “2000: The Making of the Future” was held amidst worldwide anticipation of the onset of the new millennium. The Center organized this gathering in order to discuss a broad sweep of questions related to future policy issues, including, but not limited to: How will cultures be transformed? What implications does this transformation have for the individual and society? What impact will media have on the public? What will be the composition of the world economy?

The dialogue of the Conference additionally aimed to: envisage future schools and educational institutions in the coming century; to determine the role of human rights in international politics; and to identify how the framework of economy, war, security, health and media would be affected.

In assembling this Conference, ECSSR was honored to host distinguished scholars, strategists, futurists, leaders, and Nobel Prize winners. This forum provided for the exchange of ideas amongst decision makers, academics, professionals, and leaders in business and government. Perhaps most importantly, it helped to shape a vision and agenda for the twenty-first century for the Gulf region and Arab states and augmented the greater global dialogue on the topic. 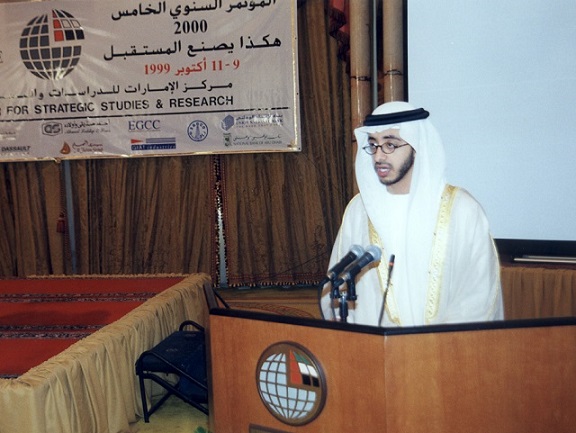