Gulf Security in the Twenty-First Century

Based on the keenness of the Emirates Center for Strategic Studies and Research (ECSSR) to explore the situational realities of current affairs and to conduct forward-looking  studies based on newfound insights, the ECSSR organized its Second Annual Conference entitled “Gulf Security in the Twenty-First Century.” The proceedings focused on how to establish effective cooperation among all countries in the Gulf region which is necessary to achieve security and stability in the region. An elite group of professors and experts from the Gulf states, the Arab world and Western countries attended the sessions. The goal of this Conference was to examine the geopolitical, economic and demographic challenges facing the region as it prepares to enter the twenty-first century.

The Conference discussed a number of pressing issues, such as: the relationship between economic issues and security, and the extent of economic integration among the Gulf Arab states on one hand, and the rest of the region and the United States, Russia and European countries on the other. It discussed the impact of easing the Arab-Israeli conflict upon changing the pattern of economic and political interaction in the Gulf region, as well as addressing the aspects of moving toward settling border and territorial disputes. In addition, Conference proceedings explored a number of issues relevant to the above, including the relationship between the Indian Sub-continent and the Gulf, alongside the impact and implications of immigrant workers in the region. 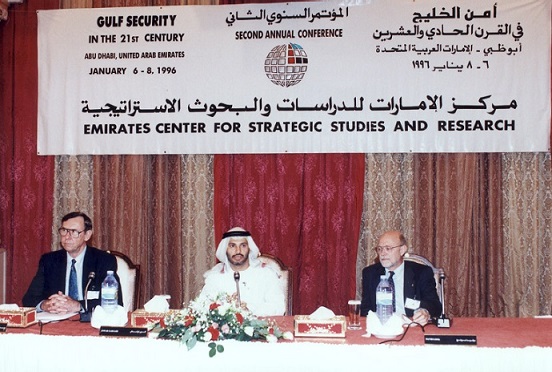