ECSSR ECSSR NewsEmirates Center for Strategic Studies and Research (ECSSR)  Lecture Series No. (712)  Ms. Al Shemmari: “The UAE Places Great Importance on Jiu Jitsu and Its Promotion in Asia and the World”

Emirates Center for Strategic Studies and Research (ECSSR)  Lecture Series No. (712)  Ms. Al Shemmari: “The UAE Places Great Importance on Jiu Jitsu and Its Promotion in Asia and the World” 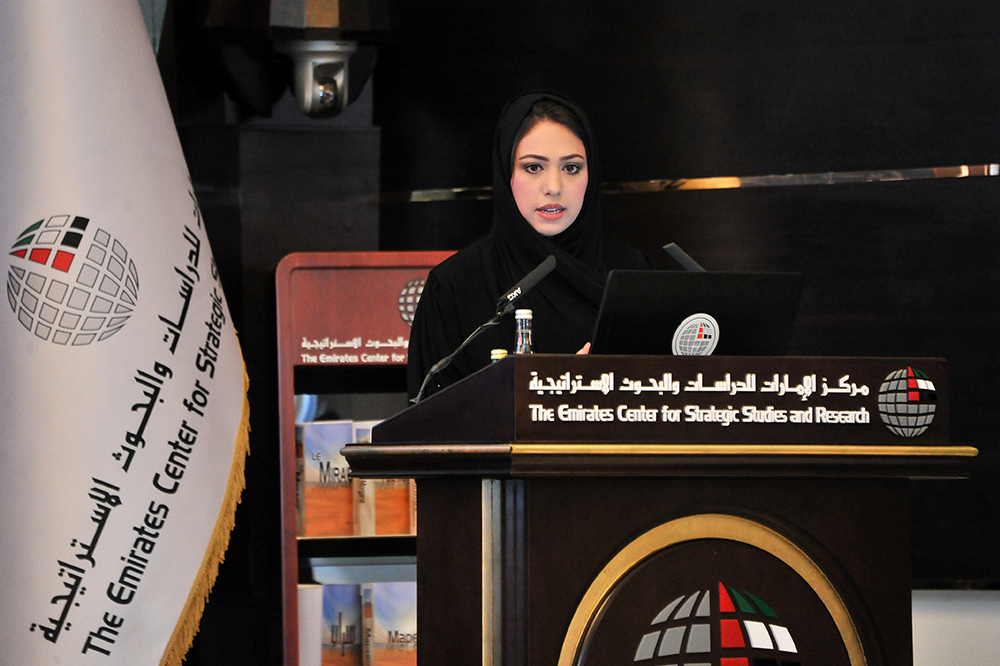 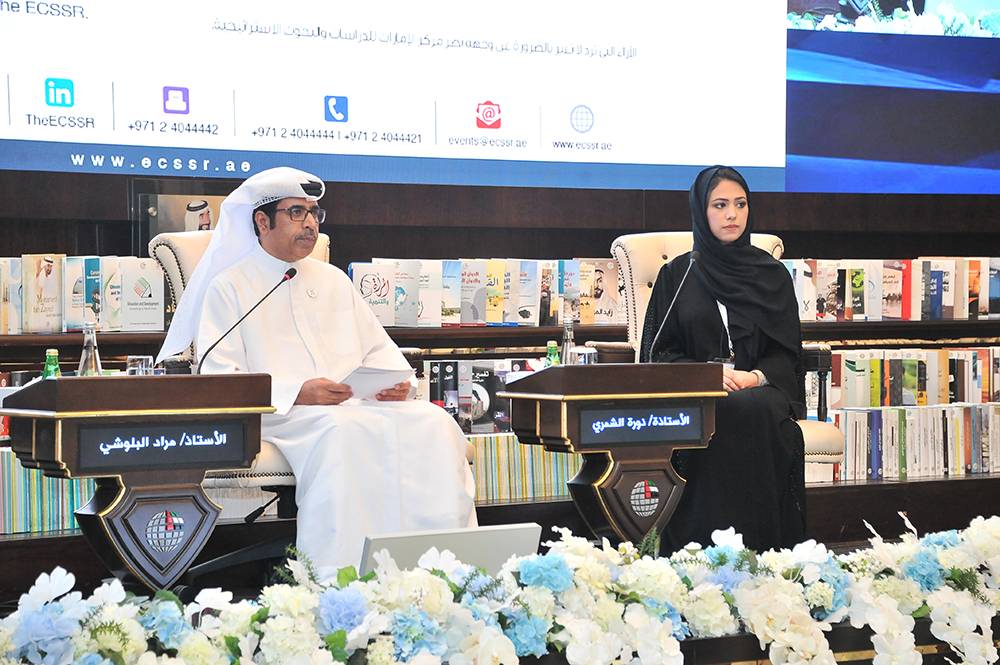 The lecture was held in the presence of H.E. Prof. Jamal Sanad Al-Suwaidi, Director General of the ECSSR; H.E. Abdul Moneim Al Hashemi, Senior Vice President of the Jiu-Jitsu International Federation and Chairman of the UAE and Asian Jiu Jitsu Federations; H.E. Mohammed Salem Al Dhaheri, Vice Chairman of the UAE Jiu Jitsu Federation; and, H.E. Akihiko Nakajima, Ambassador of Japan to the UAE. A group of media professionals, experts and intellectuals also attended the lecture.  Ms. Al Shemmari began by thanking H.E. Prof. Jamal Sanad Al-Suwaidi for inviting her to deliver the lecture, stressing that the Center plays a vital role in community service through its numerous and exceptional activities.

She detailed the UAE experience in promoting Jiu Jitsu, highlighting the vision of His Highness Sheikh Mohamed bin Zayed Al Nahyan, Crown Prince of Abu Dhabi and Deputy Supreme Commander of the UAE Armed Forces (may God protect him), for advancing the discipline. Ms. Al Shemmari said that His Highness places great importance on Jiu Jitsu, and on organizing many local and international championships, as he believes in its significant role in shaping individual character and promoting good health. Ms. Al Shemmari showed a video of His Highness talking about his son’s Jiu Jitsu practice, which has had a positive impact on himself and his son. His Highness confirmed that what he has invested in his son will also be invested in the nation.

Ms. Al Shemmari described His Highness Sheikh Tahnoun bin Zayed Al Nahyan as the “Godfather of Jiu Jitsu” in the UAE, thanks to his significant contribution to its promotion and evolution. His Highness has also sought to establish Abu Dhabi as the global incubator of a Jiu Jitsu world community.

The lecturer explained that Jiu Jitsu has spread in the UAE through the committee set up to direct the Jiu-Jitsu Schools Program, as well as through the establishment of the UAE Jiu Jitsu Federation in November 2012. There are twenty clubs and academies for the discipline across the country, with the Jiu-Jitsu Schools Program attracting 89,722 students, and the UAE hosting international championships. The speaker charted the spread of Jiu Jitsu in Asia, and pointed out that H.E. Abdul Moneim Al Hashemi was elected Chairman of the Asian Jiu Jitsu Federation in 2014. In the same year, the headquarters of the Federation was relocated to Abu Dhabi, increasing its member-states from ten to forty. In 2016, H.E. Abdul Moneim Al Hashemi was elected Senior Vice President of the Jiu Jitsu International Federation, relocating its headquarters to Abu Dhabi and organizing international championships in 75 cities worldwide.

Ms. Al Shemmari discussed the benefits of Jiu Jitsu, which include increasing physical fitness and self-defense skills, as well as improving coordination, balance, calm, concentration and precision. Regular practice can also lead to psychological changes reflected in behavioral aspects, such as rational thinking, mindfulness, modesty, respectfulness, self-confidence and alertness. She also highlighted the positive impact of Jiu Jitsu on people of determination, as demonstrated in the training program for students at Abu Dhabi Autism Center. The program’s outcomes indicate a decrease in challenging behaviors among autistic Jiu Jitsu practitioners, who were able to learn new physical movements, improve their attention span, develop their vocabulary, and improve communication with strangers and their interactions in unfamiliar surroundings. This program has contributed to the integration of a number of these Jiu Jitsu practitioners in public schools. The lecturer also shed light on a Jiu Jitsu training program at the Al Ain Club for People of Determination, which has helped students improve their motor skills, reduce hyperactivity and improve physical fitness, in addition to boosting balance, concentration, vocabulary and enhancing their integration within society.