ECSSR Participates in 2nd Storm of Thought Symposium in Bahrain

ECSSR Participates in 2nd Storm of Thought Symposium in Bahrain 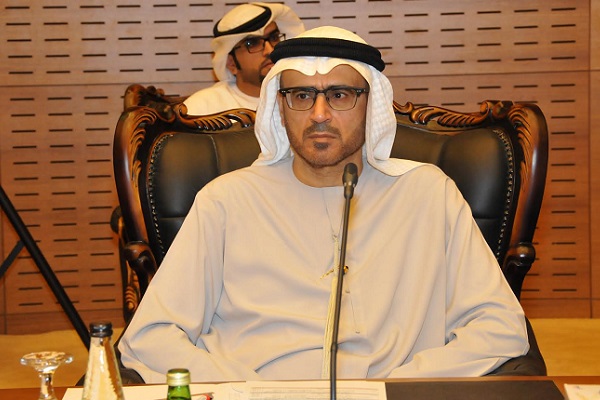 On Monday, March 28, 2016, the Emirates Center for Strategic Studies and Research (ECSSR) participated in the 2nd Storm of Thought symposium hosted by the Isa Cultural Centre in the Kingdom of Bahrain. The symposium, attended by an elite group of Gulf and Arab researchers, intellectuals, academics and media professionals, discussed a number of important themes and future prospects regarding state-sponsored terrorism, Operation Decisive Storm, and strategy formulation alongside the Islamic Military Alliance to Fight Terrorism (IMAFT) and the obstacles it faces.

The symposium began with welcoming remarks by His Excellency Dr. Sheikh Khalid bin Khalifa Al-Khalifa, Vice Chairman of the Board of Trustees and Executive Director of the Isa Cultural Centre. He proceeded to express his appreciation of the ECSSR and recognized H.E. Dr. Jamal Sanad Al-Suwaidi, Director General of the ECSSR, for initiating the Storm of Thought alliance last year, an initiative that was established in response to the region’s developments and in anticipation for impending events.

Dr. Sheikh Al-Khalifa chaired the opening discussion sessions which included the participation of several researchers and experts belonging to countries from the alliance. The participants called for Gulf and Arab states to devise a comprehensive and integrated counterterrorism strategy in response to the increasing threat of extremism and terrorism in the region. The strategy, they explained, would take the aspects of security, military, economic, and culture into consideration. The participants praised the current endeavors of the Gulf and Arab states against the threat of extremism and terrorism, especially the efforts undertaken by IMAFT. Announced last month by the Kingdom of Saudi Arabia, IMAFT provides a framework to coordinate initiatives and unify military, financial, intellectual and media procedures to counter threats of extremism and terrorism.

Furthermore, the participants commended IMAFT’s latest military drill, Raad al-Shamal (North Thunder), as the largest military exercise ever to take place in the region. The drill, they proceeded, is a clear message that conveys the participating Islamic countries’ united front as well as to maintain regional and international peace and stability. Participants called for adopting a support strategy to effectively handle these challenges. The strategy would aim to implement additional coordination among the Islamic countries in identifying the roots of domestic extremist tendencies and to cooperate with other members in combating and eradicating such threats.

Although IMAFT is inherently militaristic, the participants believe in its ability to develop into an Arab and Islamic project for the region—a project that would include cultural, economic, and developmental aspects.

Subsequently, H.E. Dr. Jamal Sanad Al-Suwaidi, Director General of the ECCSR, confirmed the importance of the second session of the symposium as it transpires a year after the launch of Operation Decisive Storm, the Saudi-led Arab military coalition to restore legitimacy in Yemen. According to H.E. Dr. Al-Suwaidi, this operation in particular served as an example to the Arab world that it is indeed capable of proactively confronting national security challenges in a united front.

Additionally, he said that Operation Decisive Storm created a new strategic reality in the region through: terminating foreign intervention in Yemeni affairs; restoring balance in the region; confirming the integral importance of security in Arab nations; and strengthening the ability of the Gulf and Arab region in deterring external interference.

The ECSSR launched the Storm of Thought initiative in May 2015 to include the Arab research centers of member countries participating in Operation Decisive Storm. The initiative supports decision makers and educates the citizens of the supporting countries, and serves to enhance the national security of each state and the region as a whole.

Considering the surrounding threats and developments, the Storm of Thought initiative reflects ECSSR’s vital role in supporting decision-making processes regarding current and future crises on domestic and regional levels and the Arab world at large. The requirements of the initiative seek to unite the efforts of the member countries, mobilize capacities, adopt scholarly methods within the decision-making process, and to formulate unified Arab strategies that are built on innovative and conscious thought.

It is noteworthy that the outcomes following the 1st Storm of Thought symposium in September 2015, a number of recommendations were proposed, which included a cooperation agreement for Arab research centers regarding the development, promotion and exchange of scientific research and experiences. Additionally, the recommendations focused on the need to establish the concept of the nation-state, enhance the values of national identity, develop a culture of tolerance and to encourage public participation.

Upon conclusion of the symposium, Mohammed Tawfik Mouline, Director General of the Royal Institute for Strategic Studies in the Kingdom of Morocco, invited the alliance to hold the 3rd Storm of Thought symposium in the Moroccan capital, Rabat, on September 26, 2016.