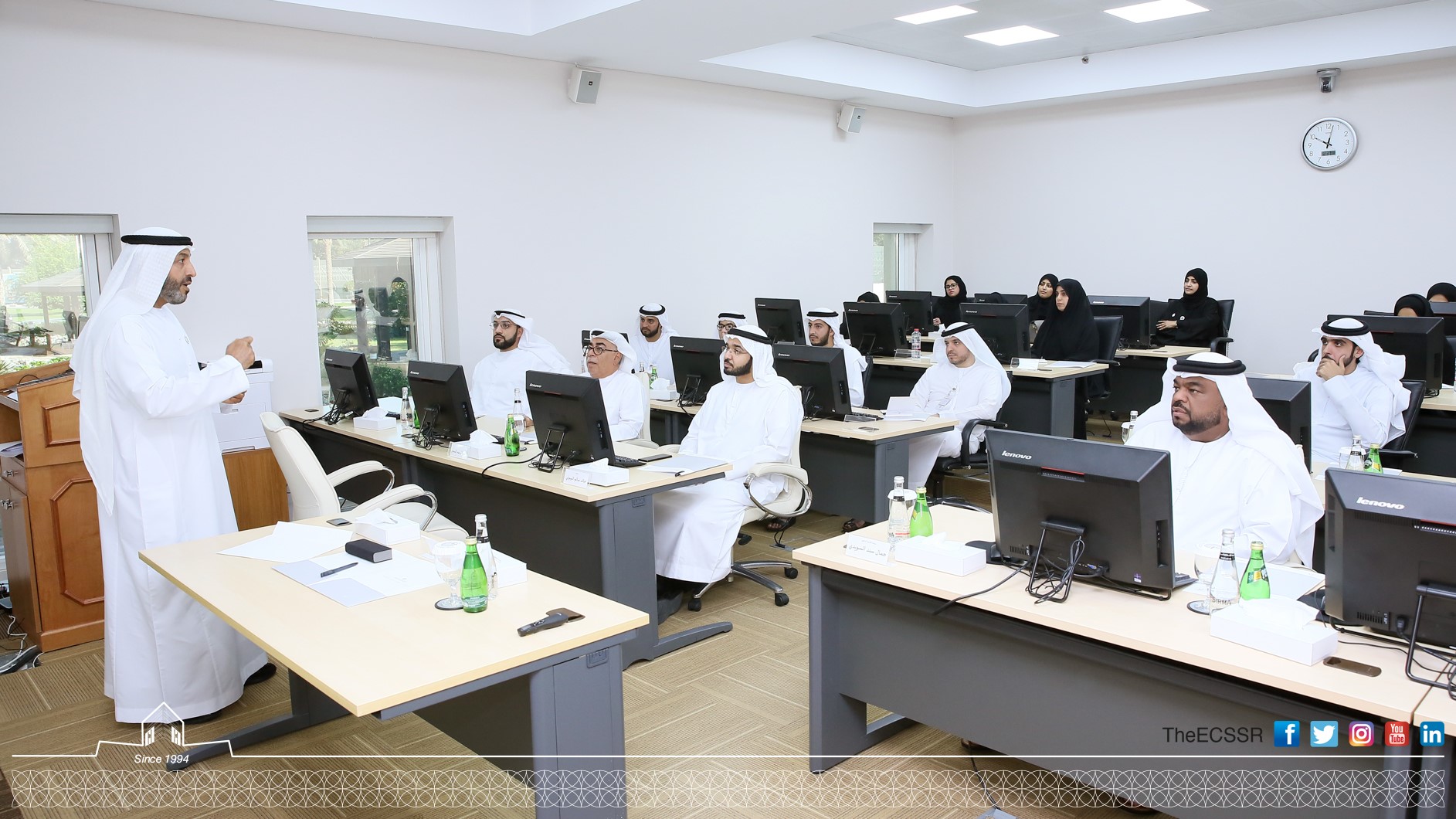 As part of the Tolerance and Coexistence Program for mosque Imams and preachers, the Emirates Center for Strategic Studies and research (ECSSR) organized a lecture by Dr. Mohammed Matar Salem bin Abid Al Kaabi, Chairman of the General Authority of Islamic Affairs and Endowments, titled ‘The Approach in Preparing Unified Sermons: Applicable Models from Sermons on Tolerance Inspired by UAE National Identity’.

He also extended his appreciation to the ECSSR for its active role in spreading and promoting the values of tolerance among UAE society through its exceptional organization of the Tolerance and Coexistence Program. The Program’s academic approach combines  lectures and educational activities, as well as field visits to open up new horizons for participants in understanding the tolerant teachings of Islam, which advocates freedom to worship and practice religions. The program also strengthens the students’ abilities to promote intellectual, religious, cultural and social unity, helping people to appreciate differences in order to establish a culture of tolerance and coexistence.

Dr. Al Kaabi lauded the efforts of His Excellency Prof. Jamal Sanad Al-Suwaidi, Director General of the ECSSR, as a leading intellectual whose valuable contributions enrich the cultural scene at Gulf, Arab and international levels. He highlighted how Prof. Al-Suwaidi’s exceptional intellectual contributions cover all strategic and vital issues that are of interest to thinkers, decision-makers and society in general.

He said that the General Authority of Islamic Affairs and Endowments is fortunate to have the continuous and unwavering support of the wise leadership. This has been a key factor in enabling the authority to deliver its message to society with the utmost excellence and professionalism. It does this by adopting a sound discourse that reflects the bright essence of Islam, consolidates our customs and identity, and elevates our deeply rooted values, which are passed on from generation to generation.

Dr. Al Kaabi stressed that the Authority is keen to enhance the role of religious discourse and its contribution to achieving the aims of the national agenda by consolidating compassion and societal cohesion, spreading the values of tolerance and coexistence throughout all parts of society, as well as strengthening the progressive character of mosques in the UAE in a manner that preserves their sanctity, and makes them a safe place for worship.

Dr. Al Kaabi drew attention to the importance of the unified Friday sermon, which was unified in 1996 by a decree issued by the late Sheikh Zayed bin Sultan Al Nahyan (may God rest his soul in peace). Its importance spans many levels, particularly the role it plays in educating society, enhancing loyalty and belonging to the homeland, and preserving the UAE’s national and cultural identity. He stressed that the Authority continually strives to develop its methods of discourse and support these with a scientific approach, in addition to ensuring the ongoing training of preachers and Imams.

Dr. Al Kaabi explained that the unified Friday sermon in the UAE has become globalized, attracting the attention of Muslims in several countries around the world. This is because the sermons have clear direction, rich ideas, simple explanations and a straightforward approach. Therefore, they have become reference for many institutions and individuals all over the world.

The Chairman of the General Authority of Islamic Affairs and Endowments also detailed the preparations for the unified Friday sermons in Arabic, English and Urdu, which include mechanisms for correction as well as distribution to preachers, the Authority’s branches and strategic partners, and publishing the sermons on the Authority’s website.