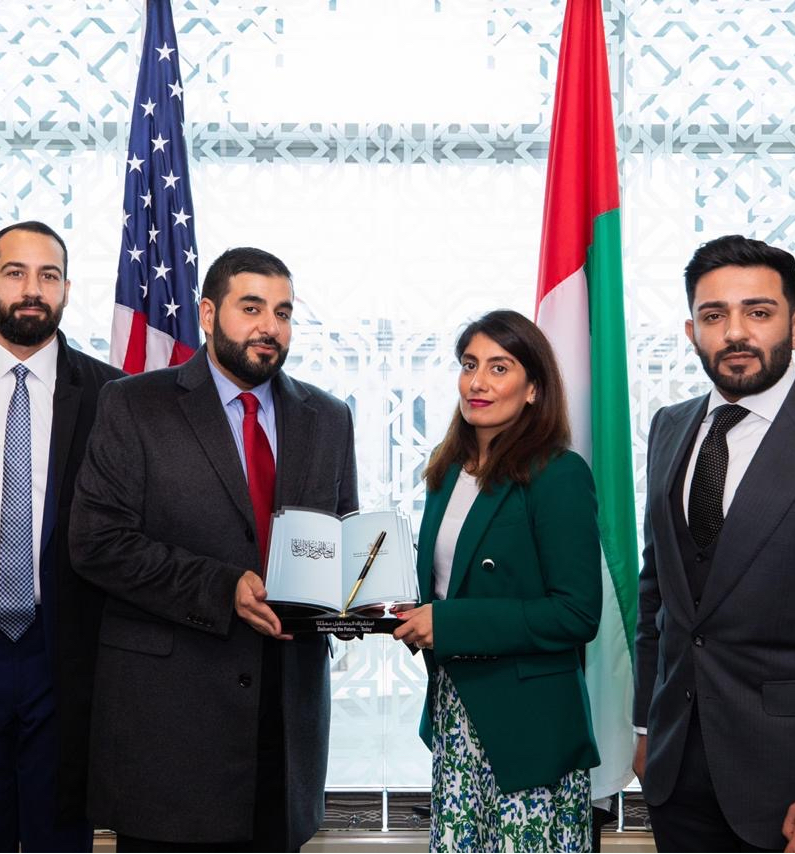 During the tour, the delegation met with Mr. Matthew Hickey, Deputy Director of the Near East Affairs Bureau and his colleagues at the US Department of State, in Washington D.C. The delegation briefed them on the Center’s continuing efforts in consolidating relevant scientific research to support the UAE decision-making process and to serve the UAE community. The delegation then presented a collection of selected ECSSR publications to the Near East Affairs Office. The books cover the depths of the political, economic and social reality of the UAE and the region.

The ECSSR delegation also held meetings with non-government human rights organizations, which support issues of democracy and political freedom. The delegation talked about the importance of the Center’s study on human rights in GCC countries, pointing to the diligent preparation and outside cooperation as being key to its success. The institutions praised the Center’s publications as well as the Center’s role in the field of scientific research and in serving decision makers. The delegation presented copies of the publications to the institutions.

The ECSSR delegation also visited the UAE Embassy in Washington D.C. and met with His Excellency Yousef Al-Otaiba, the UAE Ambassador to the United States, and Mrs. Shaima Hussein Gargash, the deputy of the head of the UAE mission in Washington D.C.  The two dignitaries praised the Center’s contributions since its establishment twenty-five years ago, and the great services it provides to decision-makers. They also praised the Center’s activities that focus on various political, economic, strategic, and social issues, especially those related to the sustainable development of the Gulf and greater Arab regions. At the end of the visit, the delegation presented the ECSSR Commemoration Shield to the embassy as well as copies of ECSSR publications including “The Mirage,” written by His Excellency Prof. Jamal Sanad Al-Suwaidi, Director General of the ECSSR, in addition to other books and studies.