During ECSSR Lecture No. 742, Al-Oraimi Discusses UAE: Between Instilling Identity and Strengthening Belonging 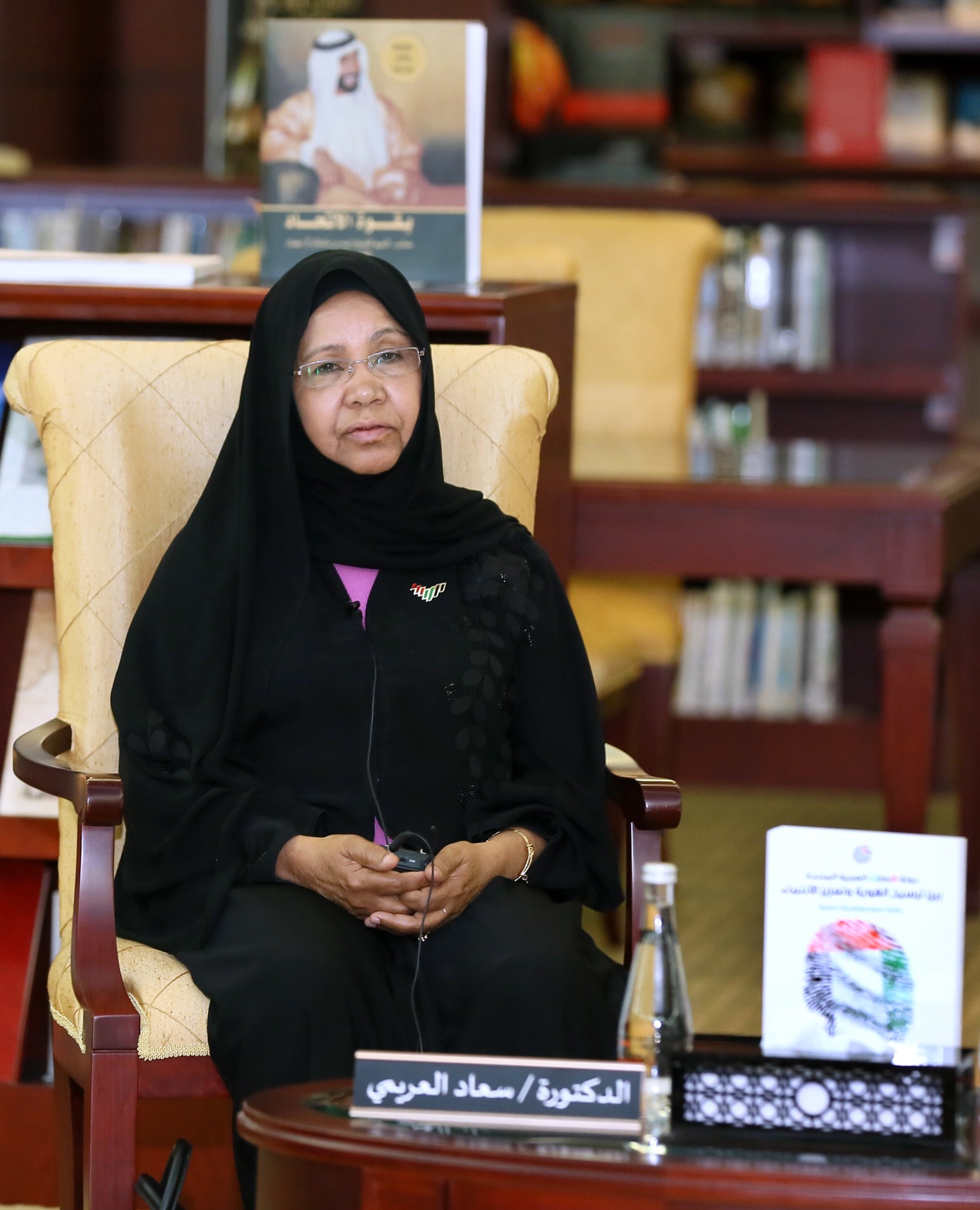 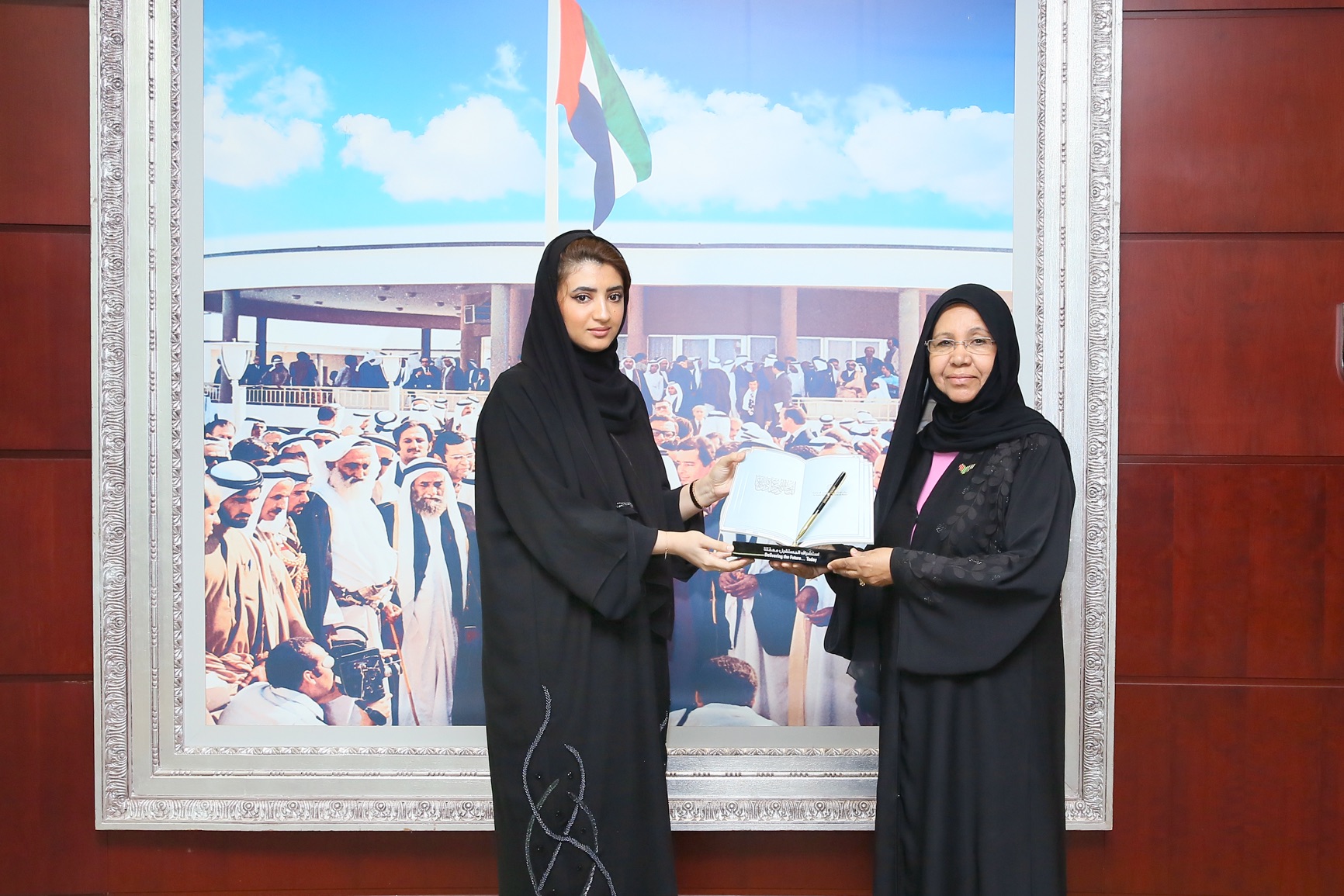 On Tuesday, February 18, 2020, as part of the “A Book in an Hour” series, the Emirates Center for Strategic Studies and Research (ECSSR) organized lecture No. 742, in which Dr. Suaad Zayed Al-Oraimi, Professor at the United Arab Emirates University (UAEU), reviewed her book UAE: Between Instilling Identity and Strengthening Belonging. The book won the Prince Mohammed bin Fahad Award for the Best Book in the Arab World in the Social Development Category (2019) after it was published (in Arabic) by the ECSSR.

At the beginning of her talk at the UAE Federation Library at the ECSSR, Dr. Al-Oraimi extended her thanks to His Excellency Prof. Jamal Sanad Al-Suwaidi, Director General of the ECSSR. She expressed her appreciation for the vital role the ECSSR plays in various areas of research and knowledge and lauded the ECSSR’s events that aim to shed light on the past and present of the UAE. These events especially highlight the cultural, social and economic aspects of the UAE’s potential in leading a sustainable future in those areas.

Al-Oraimi spoke of the challenges facing the cultural identity in the UAE, as a result of the multiplicity of cultures in the UAE, describing the prevalent culture as cosmopolitan. She added that UAE society has accepted this cosmopolitan culture and adapted to it. Al-Oraimi then moved to a discussion of political sociology and the UAE from the perspective of ‘identity and belonging’. She argued that local historical fixtures and aspects are the bedrock for defining national identity, in addition to emerging social circumstances.The consolidation of national identity is reliant on the level of cohesion its elements can achieve. In addition, achieving stability and balance in relation to external factors is significant in order to preserve the UAE identity.

Through the study of national identity in her book, Al-Oraimi examined the process of internal change in UAE society, underlining how to adapt it in an international environment, the most prominent feature of which is globalization. She concluded that preserving identity and cultivating belonging are tied to the value of loyalty. Instilling it in the hearts of UAE youth requires the setting of specific standards for social upbringing, with the family, school, media and civil society as partners in shouldering the responsibility. She highlighted that this is something that can only be achieved by adopting a critical accountability-based strategy.

Dr. Suaad Al-Oraimi is a faculty member at the Department of Sociology at the UAEU College of Humanities and Social Sciences. She is also a researcher in development sociology, women’s studies and social gender and has held several positions in academia and education, as a school principal and social specialist. She was appointed Cultural Attaché at the UAE Embassy in Washington D.C. (2013–2018).

In addition to a plethora of academic works on social sciences and the UAE cultural experience, Al-Oraimi has made several creative contributions to publishing, including a novelDuraib Al-Ghawiyat(Charming Girls’ Way), which was awarded the Best Emirati Creative Book at Sharjah International Book Fair (2014).