Dr. Sultan Al-Nuaimi Commences His Duties as Director General of the ECSSR 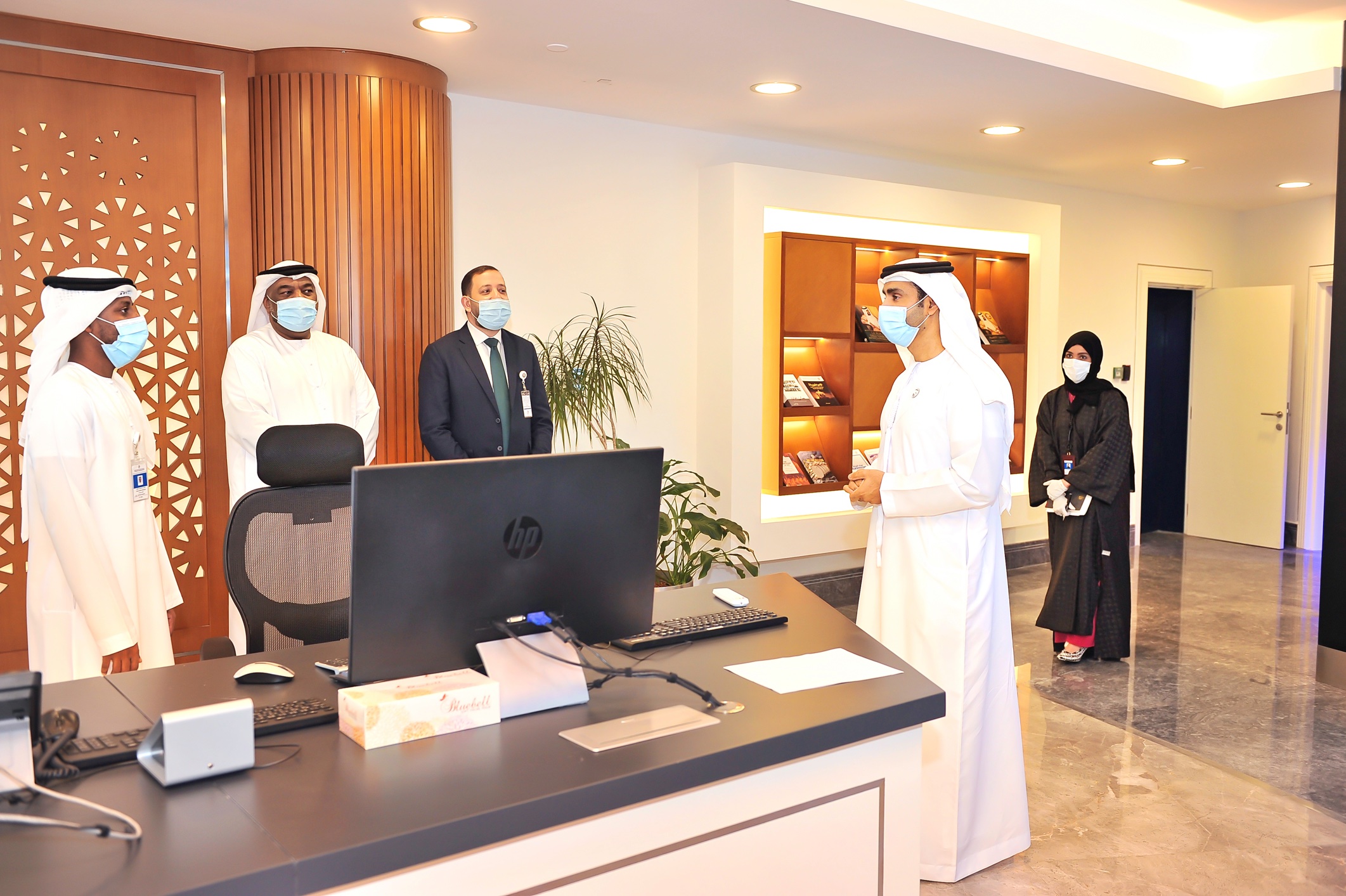 His Excellency Dr. Sultan Mohammed Al-Nuaimi, Director General of the Emirates Center for Strategic Studies and Research (ECSSR), affirmed that the Center will remain a prominent beacon for scientific research, and expressed great honor at his appointment following a Federal Decree issued by His Highness Sheikh Khalifa bin Zayed Al Nahyan, President of the UAE (may God protect him). His Excellency values the constant support our wise leadership has given the ECSSR, since its establishment in 1994, reflecting their keen interest in promoting scientific research.

During His Excellency’s visit to the Center’s various Departments and Sections to inaugurate his responsibilities, he confirmed that the ECSSR will continue in its tireless work to ensure  ongoing achievements. He also emphasized that the Center will strengthen its efforts to deliver the future, improve policies and methods that support the decision-making process in the UAE, and provide scientific output that contributes to the UAE’s comprehensive development.

His Excellency expressed his thanks to former ECSSR Director General, His Excellency Prof. Jamal Sanad Al-Suwaidi, Deputy Chairman ofthe Board of Trustees of theECSSR, stressing that the Center’s outstanding achievements will continue to enhance its prominent position regionally and globally.

During the tour, His Excellency Dr. Sultan Al-Nuaimi met with ECSSR staff, listened to their views and aspirations for the future, and learned about each department’s daily activities and tasks. His Excellency valued their remarkable efforts and intellectual output, emphasizing that he is keen to support them in overcoming any challenges and improving productivity.

The Center’s employees expressed great optimism in His Excellency and the position he holds as ECSSR Director General, acknowledging his skills and expertise. They affirmed their determination to spare no effort in maintaining the Center’s leading position.

During discussions with ECSSR employees, His Excellency Dr. Sultan Al-Nuaimi underlined the importance of consistently improving the Center’s working mechanisms in all areas, specifically, supporting the UAE’s decision-making process, community service and scientific research. His Excellency believes the ECSSR plays a significant role in these areas, and its endeavors have earned great respect among officials, experts and researchers. He stressed the importance of introducing innovative ideas to strengthen the development process, mainly in light of the accelerating changes taking place in the UAE, which require accurate monitoring, study and analysis.

Twenty-six years since it was established, His Excellency Dr. Sultan Al-Nuaimi now holds the position of ECSSR Director General. Over the years, the ECSSR has successfully become a beacon of scientific research, earning great prominence among officials and decision-makers, and attracting the attention of researchers worldwide. This has been achieved thanks to the high quality and in-depth scholarly and scientific ideas it explores; its daily analytical bulletins; scholarly books and series published in both Arabic and English; and, the conferences, symposia and lectures it organizes to address a wide range of local and international issues.