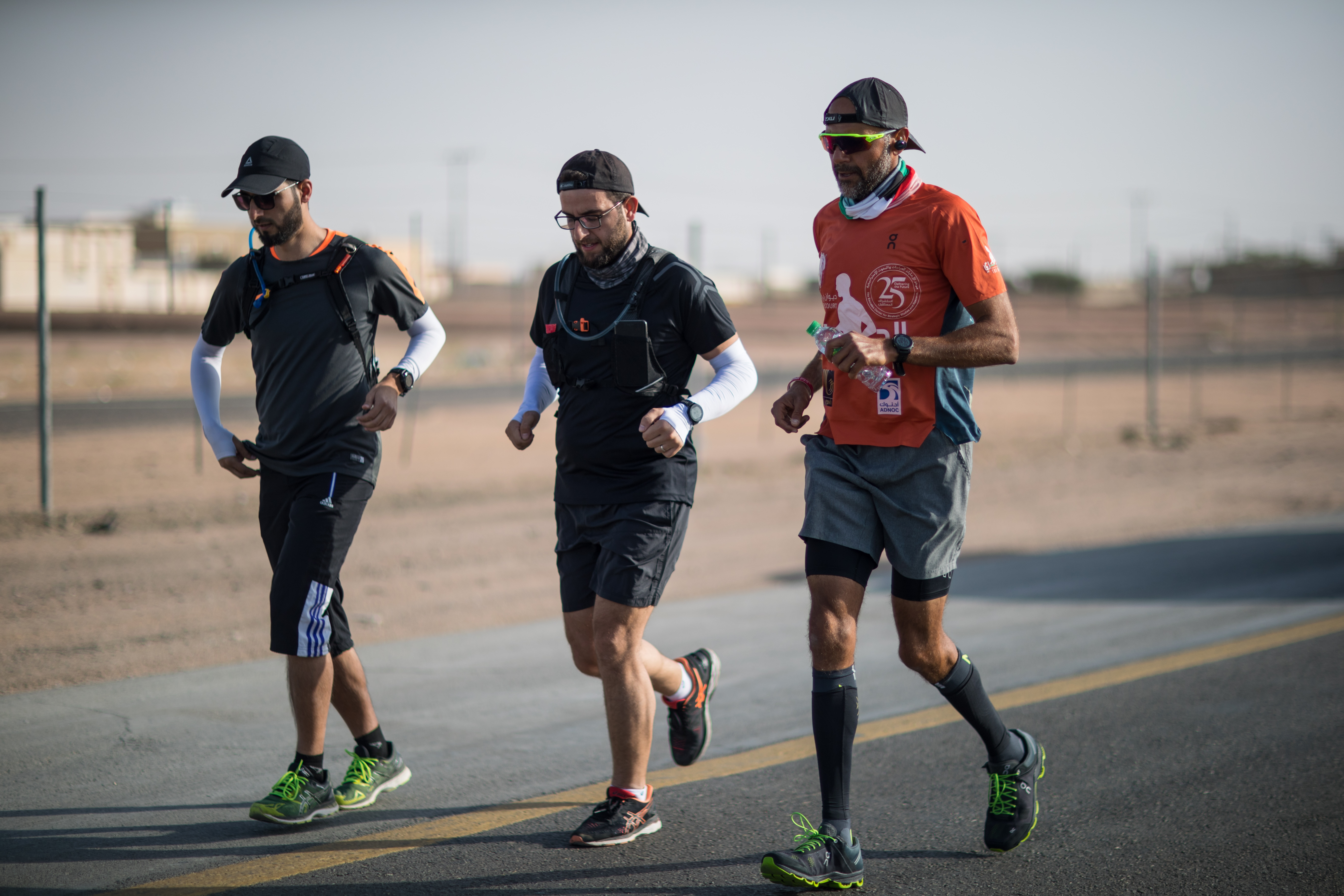 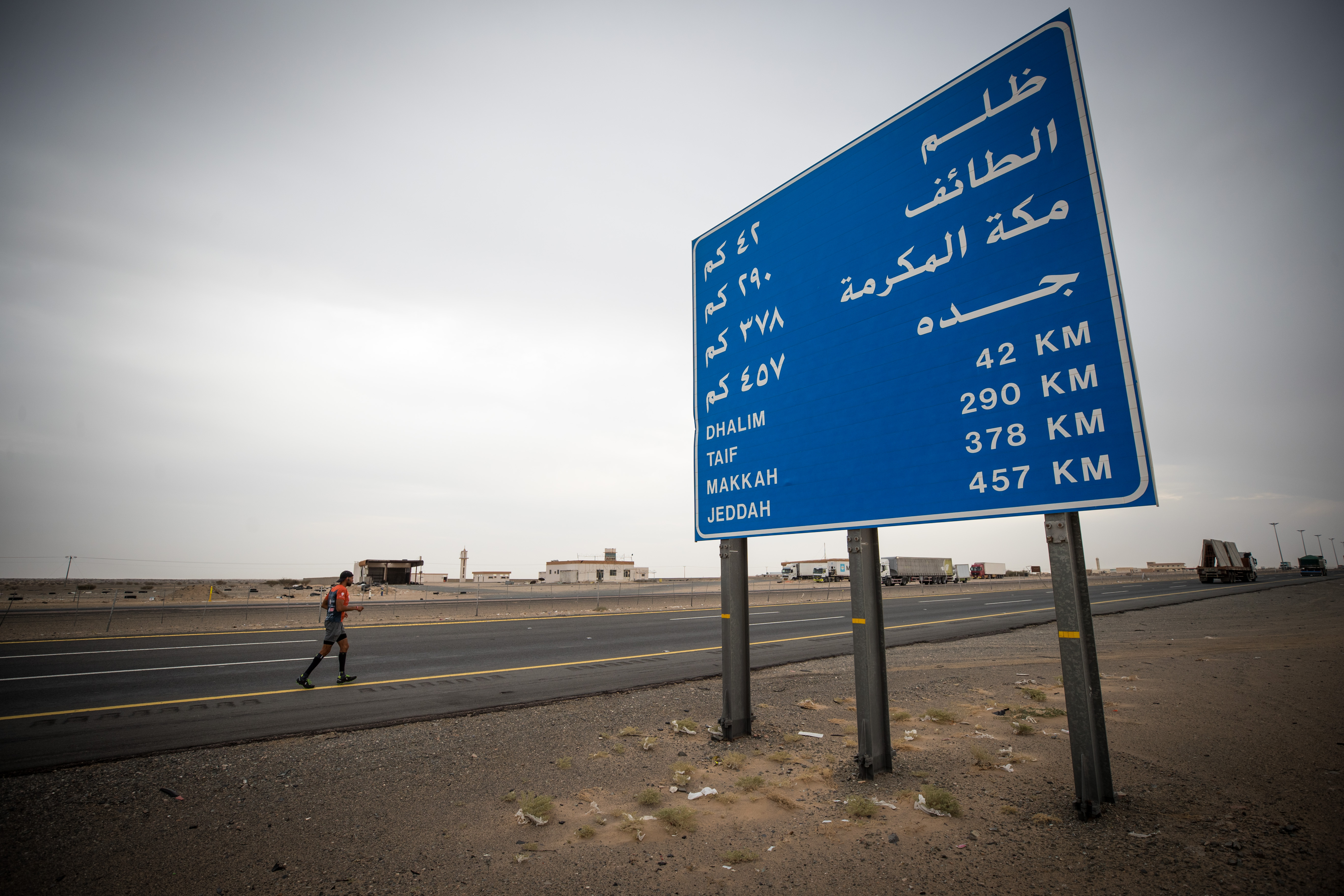 Approaching the end of his incredible Abu Dhabi–Makkah Run, Dr. Khaled Jamal Al-Suwaidi, Executive Director of the Emirates Center for Strategic Studies and Research (ECSSR), entered Makkah Region on Sunday, February 24th. Twenty-four days after starting his run from Sheikh Zayed Grand Mosque in Abu Dhabi, he has just 340km left to reach the Holy Grand Mosque in Makkah, where he will end the challenge that he started on February 1st.

Dr. Khalid said that as he gets closer and closer to the Grand Mosque in Makkah, his spirits and capabilities increase and he feels that he is able to complete this unprecedented challenge despite all the difficulties he is facing. He added that he is trying with all his strength to increase his daily average run to reach the Holy Grand Mosque as per the planned date or even before.

He has shown that nothing is impossible in life and that his run – which was once considered impossible for some –  is becoming a reality. He added that it is possible for anyone to overcome the “impossible” if he or she has the will, determination, and preparation to face it.

Dr. Khaled added that his unshakeable determination to complete the challenge comes from his father – His Excellency Prof. Jamal Sanad Al-Suwaidi, Director General of the ECSSR – who defeated cancer after a fierce battle with the disease.

In a feat never-before attempted, he will travel 2,070 km of continuous running and walking to Makkah. He started his run from Sheikh Zayed Grand Mosque in Abu Dhabi.

Under the direction of H.E. Prof. Jamal Sanad Al-Suwaidi, Director General of the Emirates Center for Strategic Studies and Research (ECSSR), the ECSSR remotely held its symposium No. (59),...
Copyright © ECSSR 2021 All rights reserved | Terms and Conditions | Privacy Policy | Disclaimer | Accessibility