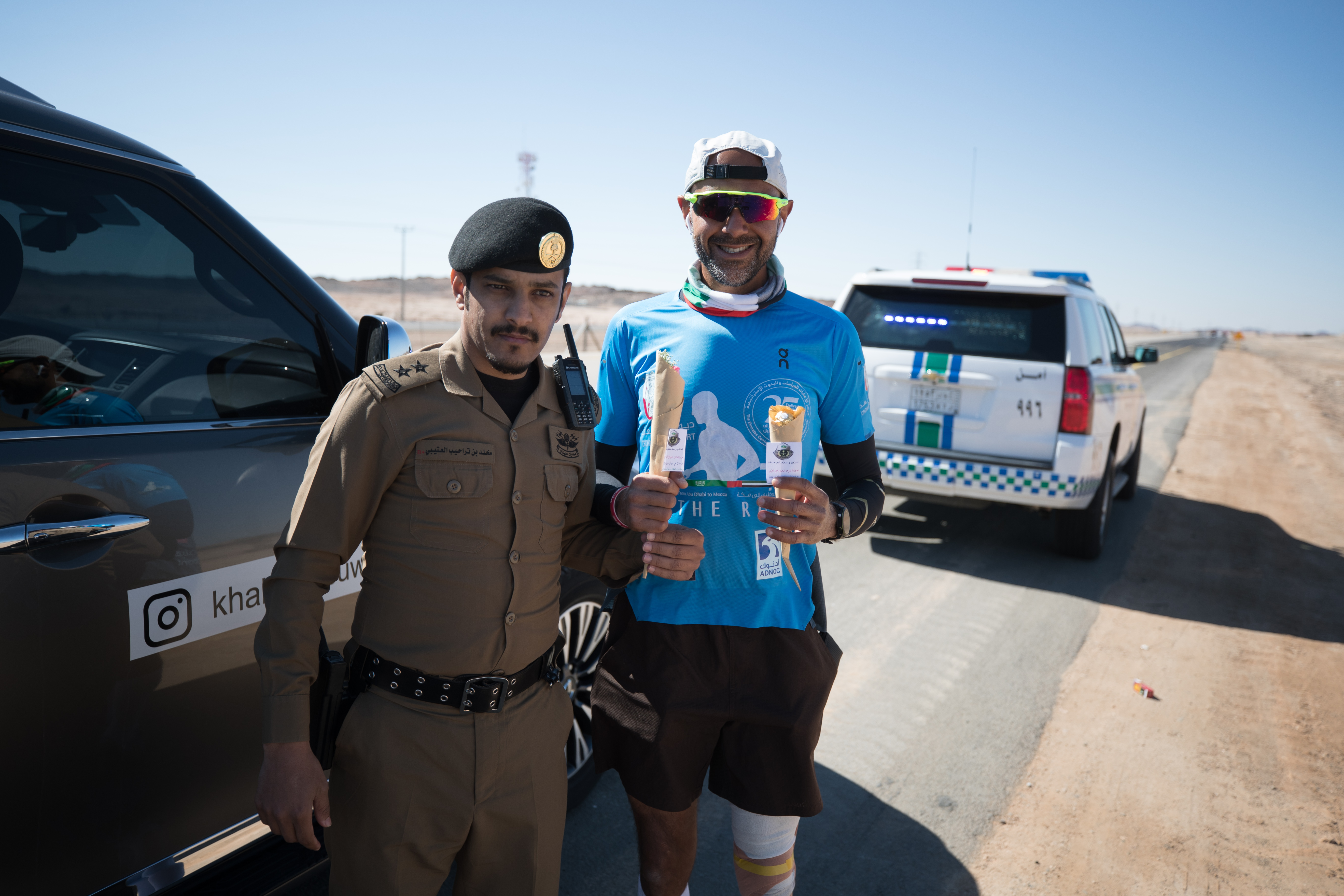 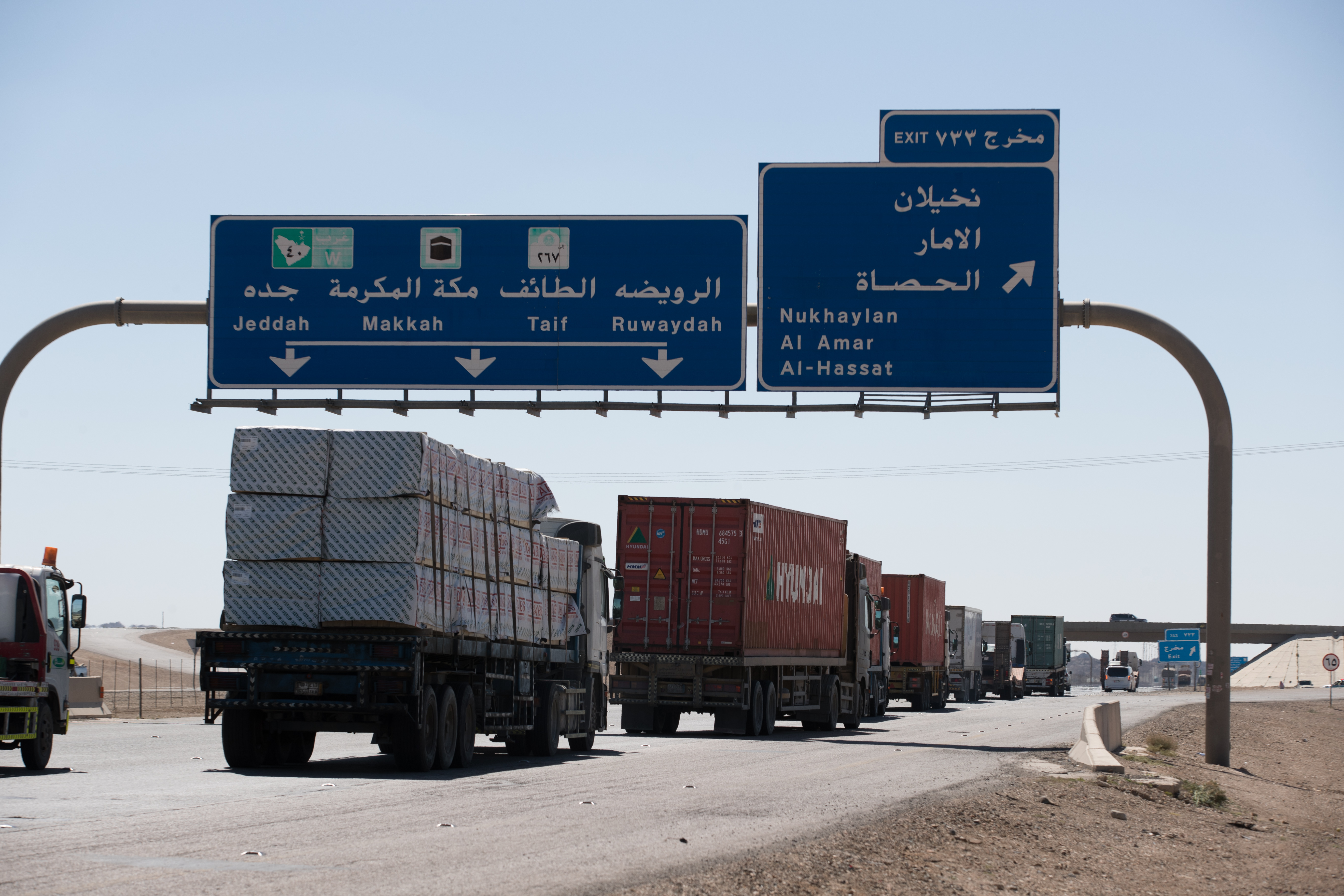 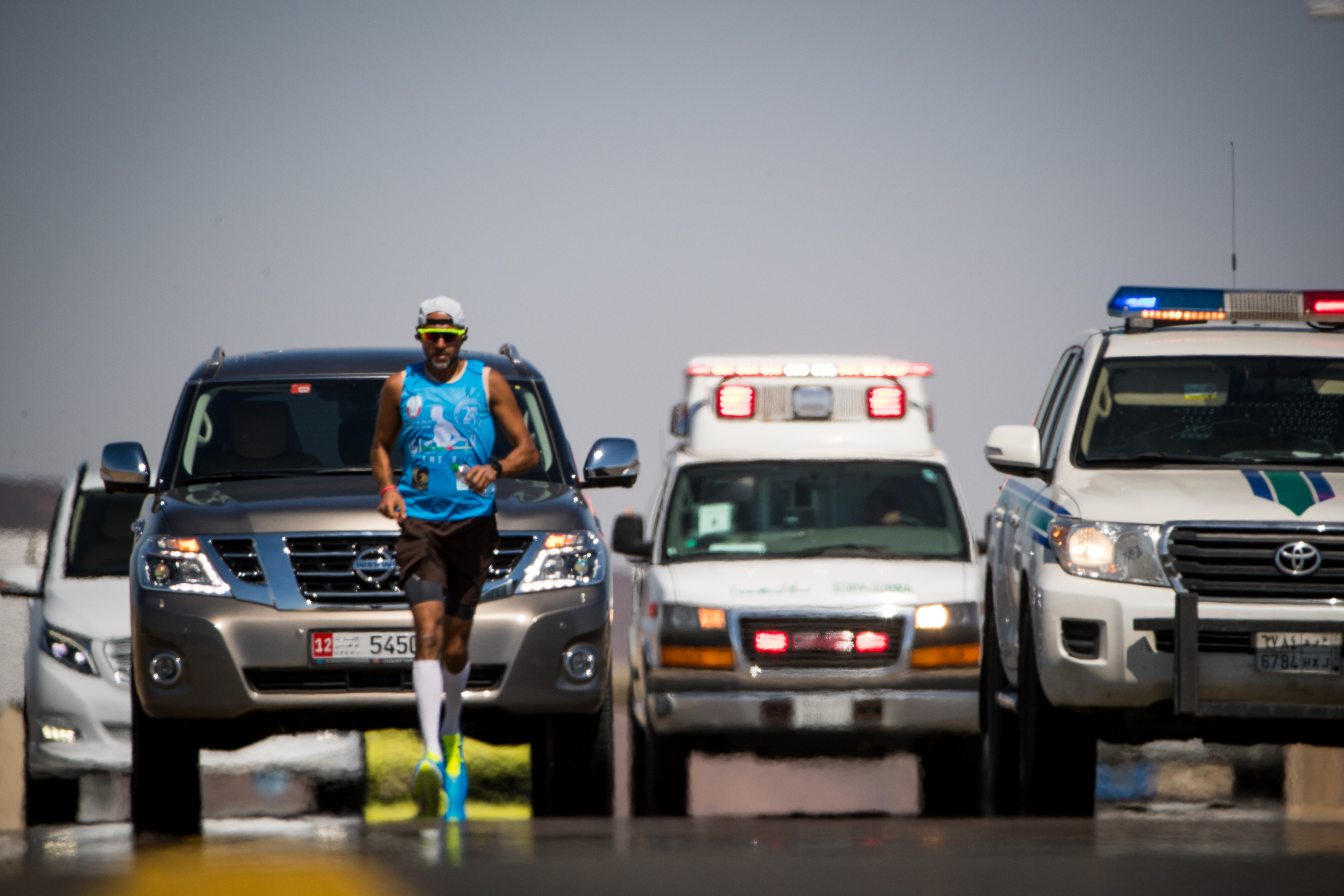 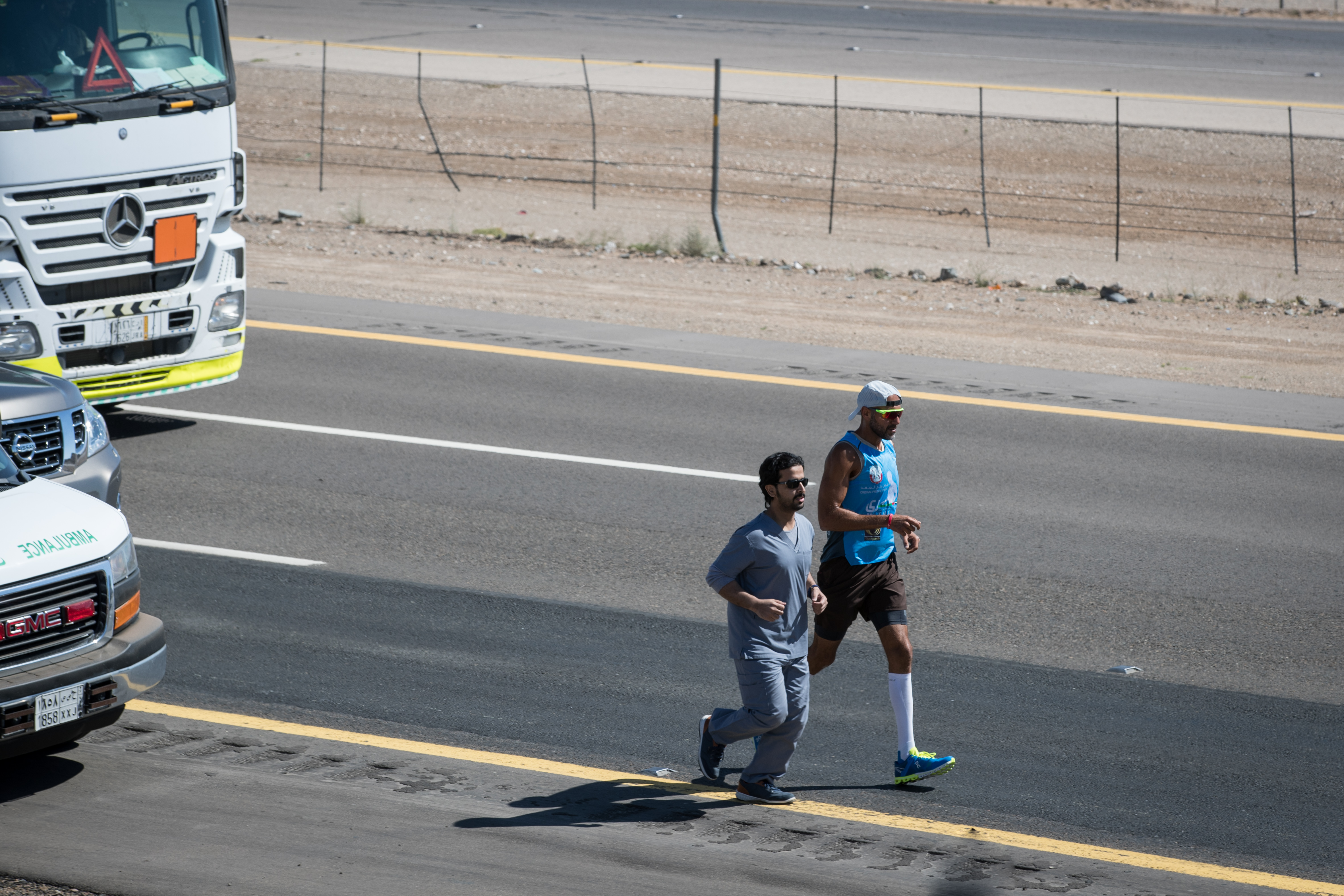 On Wednesday February 20, 2019, His Excellency Prof. Jamal Sanad Al-Suwaidi, Director General of the ECSSR, visited his son, Dr. Khaled, in Rowaidah. His Excellency expressed pride in what his son has achieved, and wished him the best in achieving his goal. He added that his son has the will and determination to face this unprecedented challenge.

Major Abdulrahman Dheifullah Al-Osiami, Head of Highway Security Forces Center in Rowaidah, received His Excellency Prof. Jamal Sanad Al-Suwaidi, and Dr. Khaled Al-Suwaidi, in a gesture that reflects the appreciation of our brothers in the Kingdom of Saudi Arabia for this initiative, and the strength of relations between the two countries and their people.

Dr. Khaled started the Abu Dhabi-Makkah Run on February 01, 2019, from Sheikh Zayed Grand Mosque in Abu Dhabi. In a feat never-before attempted, he will travel 2,070km in 38 days of continuous running and walking. Dr. Khaled completed 345km in the UAE’s territories, before passing the Albatha Border Crossing Post into the Kingdom of Saudi Arabia, on his way to Makkah.

Dr. Khaled thanked the Saudi authorities for the assistance he has received since entering the Kingdom, and confirmed the main goal of the challenge is to express his appreciation for the strong ties between the UAE and Saudi Arabia.

In a tribute to his father, Dr. Khaled added that his unshakeable determination to complete the challenge comes from His Excellency Prof. Jamal Sanad Al-Suwaidi. Dr. Khaled also told how Makkah, with its deep spiritual and religious connotations, is a fitting end to his challenge, and is the best motivation for him to overcome any difficulties he might face.

A website for the initiative has been launched (www.Khaledalsuwaidi.com), and it includes all the latest updates, information and activities from the run, which can can be followed daily.